Field experience with composite insulators having polymeric housings is available now for some 50 years. The clear trend is that silicone rubber has become the material of choice due to its long-term, dynamic hydrophobicity, which can significantly reduce the need for regular washing in heavily polluted areas. Moreover, broad market acceptance of silicone rubber insulators has significantly increased production volumes and allowed cost reductions due to economies of scale.

Nonetheless, some service experience has highlighted that further development of silicone rubber formulations may be required in certain key respects, including surface silicification and deep surface cracking/splitting.

Surface silicification is deterioration that leads to layers of silica oxide forming on the housing, with thicknesses that range from 100 to 300 µm. Unlike the virgin polymer surface, elasticity in the cross-section of the silica oxide layer is significantly reduced and shows brittle behavior when subjected to mechanical stress, e.g. bending of sheds. If such deteriorated material is measured with respect to mechanical characteristics, there is reduction in tensile strength – even though tear strength is not necessarily affected. This can be explained by the fact that, when bent, the brittle silica oxide layer will break and the resulting crack leads to a ‘notch effect’ in the polymeric bulk material.

For example, different severities of damage were identified on 420 kV instrument transformers installed in Central Europe and made with an LSR housing. The resulting deterioration was classified as either Type A or B, where in the first case there are only minor cracks when the sheds are bent (see Fig. 1). Type B, by contrast, is characterized by disintegration of the deteriorated material layer (as in Fig. 2). The years of manufacture of these insulators was from 1991 to 2007 and there was no direct correlation to time in service for cases of Type A, Type B or no deterioration. Type B damage was considered critical since this mode was found all over the housing, including those areas that are protected against direct UV radiation. The level of severity was confirmed by scanning electron microscope analysis (see Fig. 3) that showed loss of material and crack formation into the bulk polymer. The LSR surface in this example was sealed by an RTV coating to prevent pollution or moisture ingress into the cracks, which might risk further damage. This remedial measure was successful and the affected instrument transformers are still in operation.

The reasons behind this deterioration are not fully understood but FTIR analysis has suggested hydrolytic processes as the root cause. Unlike HTV silicone rubber, LSR material is not enriched with aluminum trihydrate (ATH) for improved erosion resistance. Instead, silica is used as filler to provide the mechanical properties required. One hypothesis is that the type of damage observed is possible if this filler has had inappropriate surface treatment. Still, it is difficult to confirm this with vulcanized silicone rubber.

Deep surface cracking or splitting is another form of deterioration that results in serious cracks through the entire housing (see Fig. 4). Such damage carries high risk since it exposes the rod, which is not outdoor-resistant. In the case of pollution and moisture ingress, the interface between housing and rod is further attacked from the exposed area and a flashunder becomes likely.

This problem was initially investigated in CIGRE WG D1.27 using a simple acid storage test with nitric acid having a pH of 0 chosen because this can be generated by corona discharges. Results showed that filler treatment is decisive in determining susceptibility of a material to being attacked by the acid (as in Fig. 5). Specimen C, without filler treatment, for example, suffered substantially. When this material was bent after the test, it showed deep cracking.

In spite of the fact that such service problems are still comparatively rare, a new CIGRE WG D1.62 ‘Surface Degradation of Polymeric Insulating Materials for Outdoor Applications’ has assumed the responsibility of closely investigating these types of phenomena.

For the time being, it is important to advise users what should be done in case such problems are detected in service. Two issues have to be taken into consideration:

• Evaluating the deterioration and estimating risk for continued use. As reference document, one can use IEEE Guidelines for Establishing Diagnostic Procedures for Live-Line Working of Non-Ceramic Insulators, published in 2014. Moreover, as a ‘rule of thumb’, no level of housing damage can be accepted that allows the rod to become exposed.

• Such a finding reflects ‘current state’ and there is still no principle to predict risk of further damage. Therefore, it is recommended to annually inspect insulators from the supplier/vintage affected that are operating in the service area where this type of deterioration has been observed. In particular, in the case of observed silicification but where the housing is still hydrophobic, the insulators can remain in service because the silica oxide layer actually shields the intact bulk material against further deterioration.

In summary, even after 40 years, there is still work is to be done to develop improved silicone formulations for applications in critical service areas where hitherto unknown ageing phenomena are now taking place. 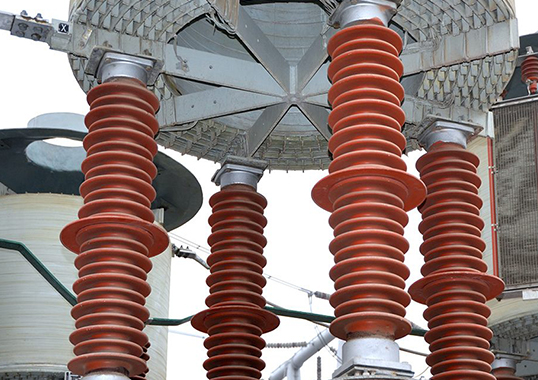 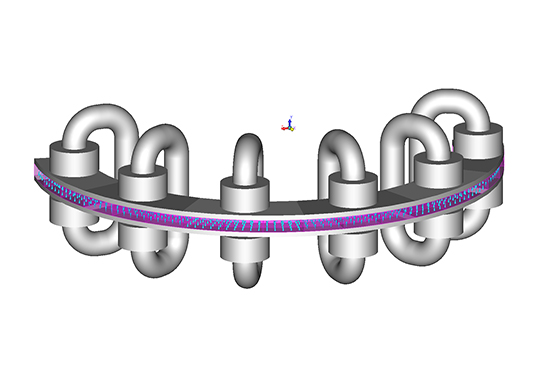 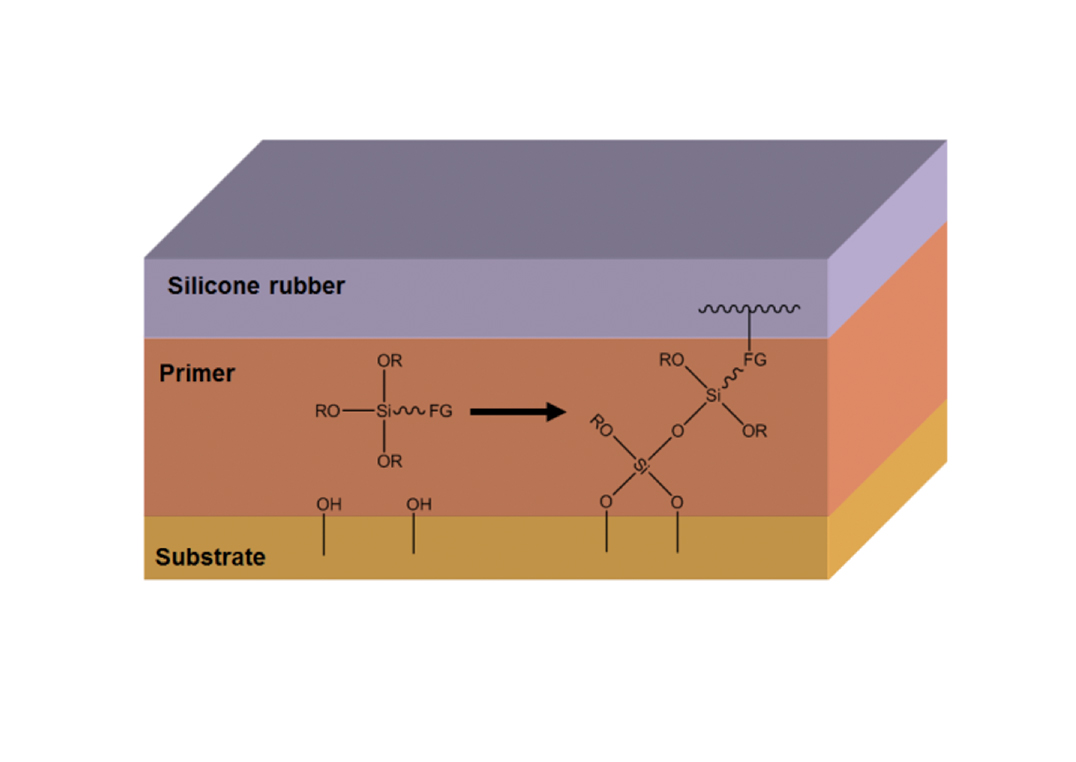 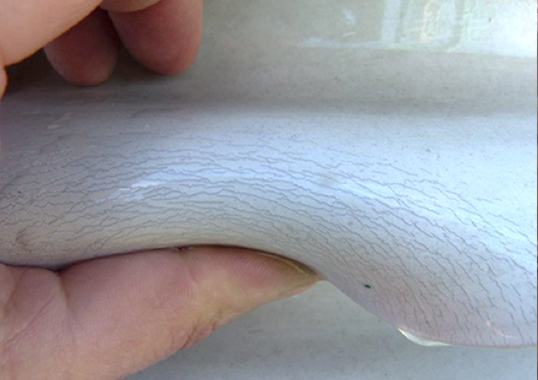