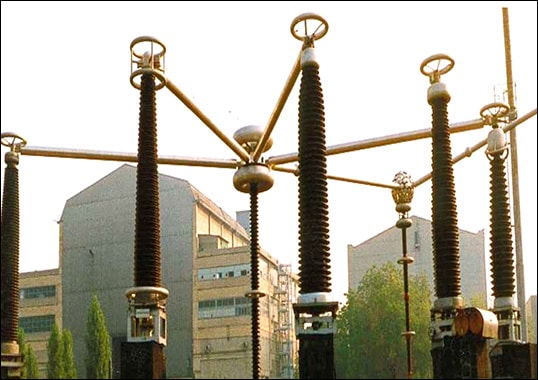 Several factors are fueling more and more installations of underground cables worldwide. These include the boom in solar, wind and other renewables, growing use of interconnectors and submarine cables, construction of substations in major urban areas and increased restriction on building new overhead lines. As Transmission System Operators (TSOs) and Distribution System Operators (DSOs) search for innovative cable solutions to develop their grids, they will need to be certain that the components they select deliver the quality and reliability expected. Independent testing and certification provided by a third party is widely regarded as one of the best ways to ensure full and proper qualification of a cable system and its accessories. This edited contribution to INMR by Paolo Miolo and Uberto Vercellotti of CESI Group’s Testing & Certification Div. reviews some of their experience during the world’s first long duration tests on 525 kV DC cable systems performed both in the laboratory and at outdoor sites.

According to the International Energy Agency, demand for electricity will virtually explode, with expected growth of more than 25% in total energy demand by 2040, led especially by needs in India and developing countries. This will require a huge investment in electricity supply, given that world demand for electrical power is projected to account for almost 25% of total energy demand, versus a figure of 19% today. Moreover, the electricity market is itself undergoing change, driven by increasing conversion toward renewable energy sources. In this regard, one of the targets will be to find optimal solutions to transport wind, solar and other renewable power generation to major demand centers often located thousands of kilometers away.

Design of power transmission and distribution systems these days includes an ever-increasing amount of insulated power cables and of greater lengths. The intrinsic property of these mostly polymeric-insulated cables that is driving this growth is much higher capacity per km (A/km) versus the alternative of an overhead line, i.e. by a factor of some 300 to 500. Moreover, DC power transmission is preferred for long distances with minimal losses and in some cases is now even supplanting existing HVAC networks. In fact, it is estimated that at least €60 bln investment in HVDC will be required in the short term just to keep pace with global developments in renewables. For example, over only the last 3 years, total length of connections has doubled versus the total installed base of the previous 50 years. At the same time, the world market for HV submarine cables over the next decade is projected at $25 billion, with about 3/4 of these projects located in Europe, where different connections are now either being built or in the planning and feasibility stage. In Northern Europe, for example, these investments mostly involve links to offshore wind power projects. In the Mediterranean region, demand for more interconnection links seeks to promote better integration and management of intermittent renewable sources and also enhanced security of supply. These market processes have also promoted development of several important European firms who supply undersea as well as land cables.

Europe will need more electricity grids as well as more interconnection between member states. It is mandated that 10% of total installed capacity is to be interconnected by the end of 2020 and 15% by 2030, achieved through Projects of Common Interests (PCIs). For example, the U.K. already has interconnectors with France and Belgium and in the near term with Denmark and Norway as well. Italy has 25 interconnectors, already reaching 9% of interconnection capacity.

Table 1 summarizes the Ten Year Networks Development Plan (TYNDP) established in 2016 by ENSTO-E, a grouping of the major European TSOs. Among the notable features of this Plan are:

• 48% of the total length of lines is to be covered by EHV underground and submarine cables.

The priority will be on underground cable systems due to bottleneck issues affecting new power infrastructure, such as public opposition, right-of-way requirements, landscape integration and so on. One example of best practice in this regard is German legislation from Dec. 2015 that highlighted 16 pilot projects for HVAC partial undergrounding with priority given to new underground HVDC projects.

At a Symposium in Sept. 2014, different international TSOs emphasized the lack of multi-year experience with HVDC technology, especially in the cable sector. This has made it necessary to verify cable solutions under extreme operational conditions, such as sequences of polarity reversal. From this point of view, new laboratory facilities measuring 25 x 60 x 21 m are already in place in Mannheim, Germany with independent test areas each equipped with a dedicated DC generator. These testing facilities will help conduct additional experiments aimed at increased grid reliability. For example, in order to allow greater thermal and electrical performance (i.e. higher operating temperature and deliverable power), TSOs are looking for a new class of extruded cables. According to market trends, extruded cable insulation technology has become the preferred solution since it can operate at higher temperatures, allows for lighter and easier to handle cable system designs and is also more environmentally friendly. In particular, as part of their national framework, German TSOs have together begun looking for manufacturers qualified to supply at least 3000 km of extruded 525 kV DC cable systems (see Fig. 4).

In order to fulfill this need, an ad hoc qualification process has been established consisting of Type Tests and Pre-Qualification Tests (PQTs), with 4 cable loops placed under test at the FGH Laboratory in Mannheim in Aug. 2017 (see Fig. 4). With respect to life expectancy (i.e. reliability), users will need to have a clear understanding of cable system performance with regard to thermal and electrical ageing before putting them into service as part of such a large transmission project. Such PQTs are used worldwide to assess reliability of a cable system and, at time of writing of this contribution, these were expected to be completed by the end of last year.

Especially noteworthy in this case is that this program represented the first time ever, for an HVDC cable system, that cable loops for the PQT were tested not on a laboratory floor (as per CIGRE TB 496) but rather mainly underground, thereby better representing real network situations such as urban tunnels, pipelines and joint bays (see Fig. 5).

Listen to Other Online Lectures on HV/HP Testing

A total of four different manufacturers were qualified after first having passed required type testing, witnessed by independent parties. A total of 5 cable installations, each comprising >100 m of cable, two joints and two composite-insulated outdoor terminations, underwent a Long Duration Test (LDT=PQT) given that one of the cable manufacturers participated with 2 different cable designs and insulation materials. Cable conductor cross-section for testing was chosen to be as large as possible but no less than 2500 mm2 and preferably copper. However, based on approval by German TSOs, aluminum conductor could also be used. Two different test institutes were selected to perform these PQTs.

According to requests from German TSOs, a replica installation was deemed necessary offering a real underground network layout with cables and accessories expected to withstand the peculiarities of each environment, e.g. cold temperatures, viaducts, crossing stresses, etc. Similar to an AC PQT, the specific test procedure was set for 525 kV DC extruded cable systems, the highest voltage class to date. This greatly increased level of complexity of the long-term tests in terms of test modalities and also in regard to management of the tests themselves. For example, in an AC PQT, each single heating cycle is equal to the other and replicated 180 times in case of unforeseeable interruptions, whether blackout, test circuit maintenance, etc. Any lost cycles can then be added at the end of the test before the portion dealing with lighting impulse. In the case of DC Long Duration Tests, however, differences between polarities and load applications prevent using the above procedure and makes testing more difficult. Table 2 shows the sequence of tests for LCC and VSC.

Within the scope of PQT acceptance of a cable system, upon completion of the heating cycle portion, superimposed impulse testing is to be carried out. This complex procedure assesses integrity of the system with DC and impulses of different polarity – a process that creates more problems in measurement than are normally encountered during a PQT for AC.

In recent years HVDC solutions have been growing as the preferred technology not only for submarine cables but also for land applications, especially those involving long distances. In order to attain higher thermal and electrical performance, TSOs these days are looking for a new class of extruded cables. For example, TSOs in Germany have begun qualifying the first group of manufacturers able to supply extruded 525 kV DC cables systems. Moreover, these TSOs are requesting that testing be done not solely on a laboratory floor but also by creating replicas of real world underground network layouts. The goal is that the new 525 kV DC cables and accessories are tested to ensure they will withstand each specific environmental and installation peculiarity. This requirement has greatly increased level of complexity of long-term testing, both in terms of test modalities and also in managing the tests.

These PQT tests commenced in Aug. 2017 and most are either completed or soon to be finalized. While test results are of course confidential, it is evident that successfully passing will give users confidence in this new voltage level of extruded HVDC cable systems along with the various accessories. In particular, such systems and accessories are now already being qualified for 525 kV DC transmission projects not only for TSOs in Germany but also for grid operators worldwide. It can be predicted with confidence that the qualification procedures established on behalf of German TSOs will represent as important a milestone for HVDC cables as did the system installed in Berlin during the early 1990s for HVAC cable systems. 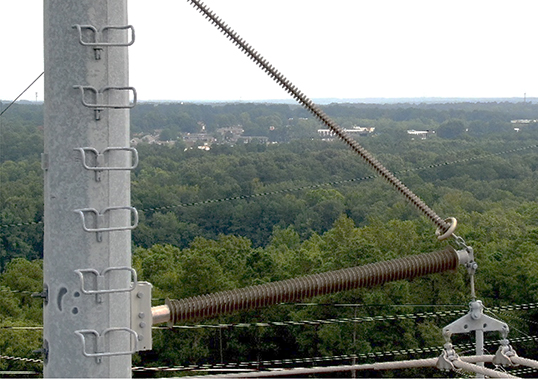