Transmission lines often pass through mountainous areas where forest and brush fires have become a growing threat given factors linked to climate change. This has made wildfire an increasingly important risk in line trips and outages.

Occurrence of wildfires is both regional and seasonal. During dry months mountains and hilly areas are only sparsely populated with vegetation and at greatest risk. Indeed, during certain times of year, mountain fires become one the dominant hazards affecting the safe operation of overhead lines. Causes of wildfires include human activity as well as natural factors such as lightning. Another cause, not fully appreciated, is sunlight reflecting off broken glass scattered on the ground.

In most of southern China, for example, spring is the dry season when mountainous areas are most prone to wildfires and recent years have shown that they account for nearly half of all line fault trips on lines of 220 kV and higher within the system operated by the regional TSO, China Southern Power Grid. In one Province alone, for example, one local Power Supply Bureau had to contend with 66 fires, which together resulted in 15 trips on lines from 110 kV to 500 kV. Moreover, during this same period, emergency outages had to be taken on a total of 20 lines. Then, only a few years later, mountain fires led to 66 trips on lines of 110 kV and higher in one region and accounted for 2.3% of all line trips that year. The situation was made worse by the fact that there is typically a comparatively low success rate in line reclosing in the case of wildfires, which also can cause significant damage to structures and equipment. This makes it even more difficult to restore power, thereby affecting the safe and steady operation of the grid.

To better understand the mechanisms by which wildfires can affect external insulation as well as air gap discharges on HV lines, research institutes in the U.S., Canada, Brazil and Mexico performed extensive simulations and other studies. In China, such work was carried out at universities including Tsinghua University, Wuhan University and the University of Science & Technology of China. The Graduate School at the Shenzhen campus of Tsinghua University, for example, co-operated with China Southern Power Grid in research and testing related to how mountain fires impact the characteristics of air gap discharges.

Findings from these tests and simulations performed by research institutes in China and abroad have been essentially the same. The fire sources being simulated included timber, tree branches, sugar cane as well as piled timber with the addition of other flammable materials to make it burn like natural vegetation. Related laboratory testing used oil as the main fuel.

In regard to discharge gap, a variety of electrode types have been used, including rod-plane, rod-rod, line-plane, etc. Test line sections have also been used during such research, with fires set directly below the conductor to best study impact on discharges of the conductor gap. Because air gap types adopted by different research institutes are often different, as are the fuels used to simulate wildfire, test results differ as well. Nonetheless, all findings consistently demonstrate that mountain fires have potentially great impact on withstand/discharge voltage of the air gap. In contrast to normal operating conditions, discharge voltage drops significantly with the most dangerous case being when flames become so large that they run directly through the air gap. 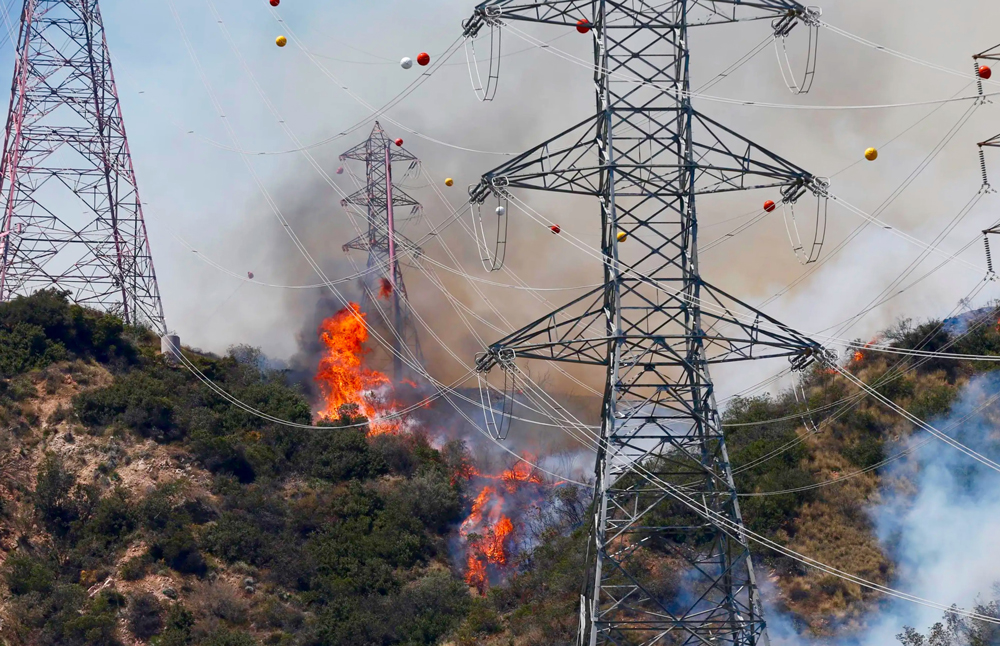 More research on the specific mechanisms by which mountain fires impact air gap discharge has shown that factors such as high flame temperature, increased electrons and ion concentration from flames and influence of ash and smoke on electric field can all lead to decreased air gap discharge voltage. All are therefore topics of continuing research.

Since many transmission lines run through areas where human presence is sporadic, it is vital to monitor them closely and quickly raise the alarm in the event of wildfire. Chinese utilities, for example, have taken various measures such as real-time monitoring using cameras installed in areas prone to fire. They also conduct inspections of vulnerable line sections using helicopters or unmanned aerial vehicles. In addition to emergency measures to extinguish fires quickly in the event of outbreak, it is also necessary to know how best to respond to wildfires occurring near transmission lines. Special emergency measures must be taken such as decreasing voltage on affected DC lines or, in extreme cases, taking an outage on affected AC lines. 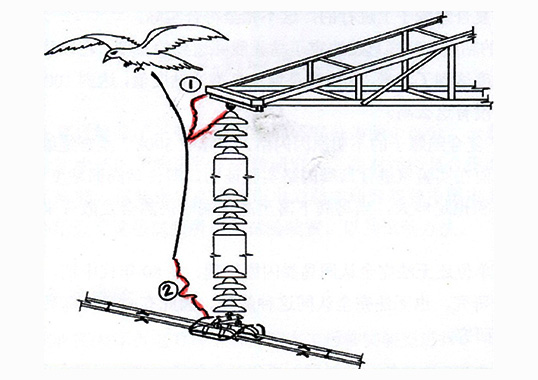 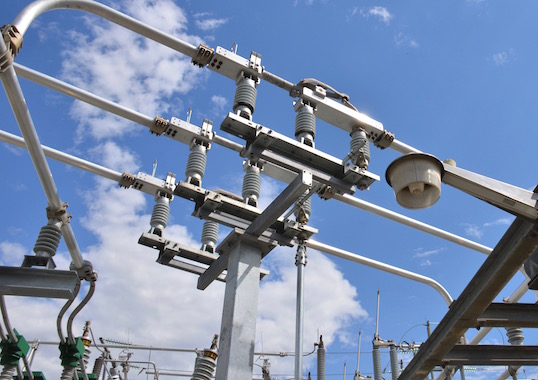 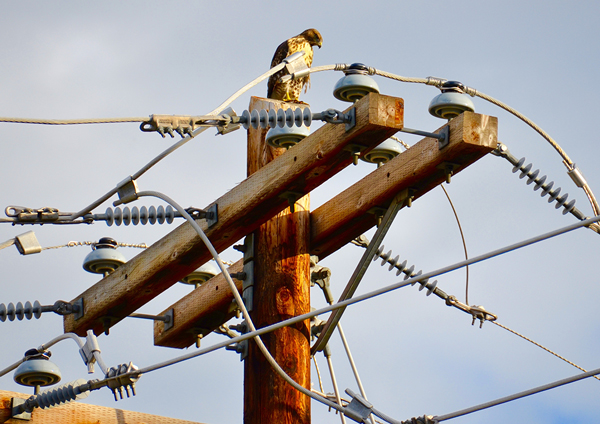 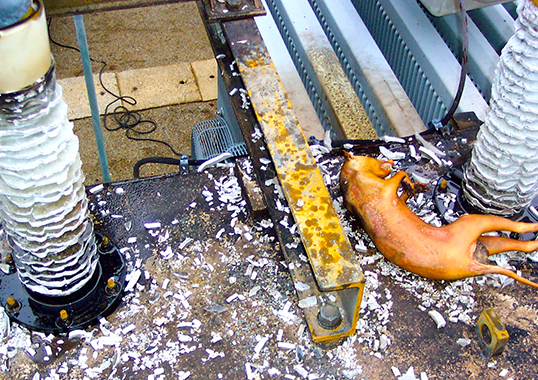 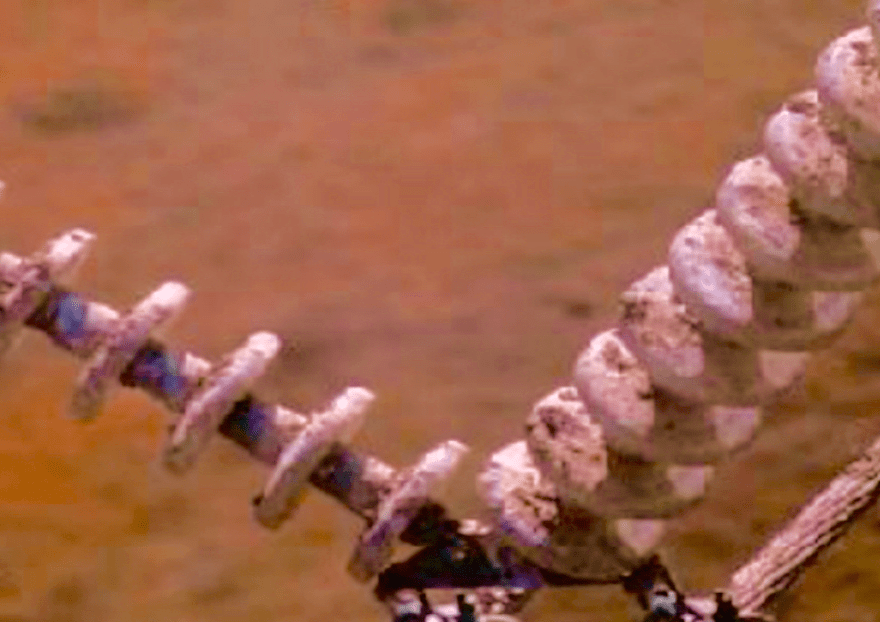