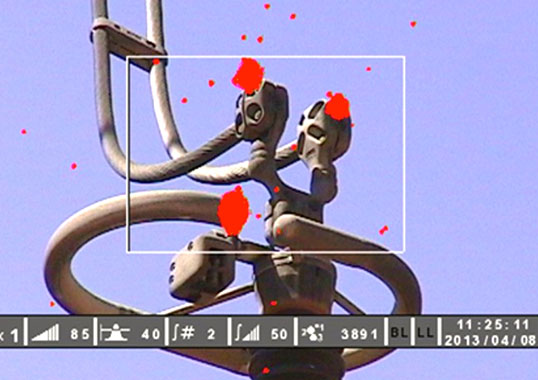 Maintenance of overhead lines and substations requires understanding what is being revealed during ultraviolet and infrared inspections of equipment and hardware. Do the two technologies highlight the same problem or are they rather complementary, each revealing a different aspect of that problem? Moreover, is it correct to assume that each different type of defect carries a unique ‘signature’ and therefore requires its own specific inspection technology?

This edited past contribution to INMR by Roel Stolper, a diagnostics researcher in South Africa, aimed to address these questions.

Utilities and research organizations worldwide have had programs to investigate and classify all the typical faults that can occur on overhead lines. For example, a past CIGRE Working Group was dedicated to understanding the behaviour of polymeric insulators under different environmental conditions.

Years of experience in line inspection have indicated that there is still no single technology that best meets every need. No diagnostic sensor will detect and locate all possible faults that can appear on an overhead line. Given this, it is correct to state that the ideal inspection tool is one that integrates different types of sensors into a single instrument. Generally speaking, inspection technology can be classified into two main groups: ultrasound radio telescopes and camera detectors. Both make use of the basic phenomenon that every defect emits radiation (i.e. energy in the electromagnetic spectrum) that can be detected and recorded by an inspection device.

The images in Figs. 12 to 20 show various ultraviolet and infrared camera recordings of electromagnetic radiation related to unique defects occurring in line components. For example, a simple structural defect (e.g. a cut in a silicone insulator housing or a damaged ceramic disc) generates corona activity due to distortion of as well as increase in electric field. Similarly, an internal defect in a composite insulator can result in leakage current along the FRP core rod, causing heat dissipation. Viewed this way, it is clear that corona and thermal cameras are essentially complementary and that neither technology is inherently superior. One can therefore also conclude that IR and UV inspection should ideally be conducted simultaneously. To demonstrate: Fig. 14 shows ultraviolet and infrared recordings of the same object. There is only corona activity present due in this case to sharp edges on the clamps. But there is no heat dissipation, suggesting that corona does not necessarily generate heat. Fig. 15, by contrast, shows a defective polymeric insulator with corona activity at the sheds as well as internal defects that produce heat.

Corona discharges are detected using an ultraviolet detector that converts ultraviolet radiation to the wavelengths that can be seen by the human eye. This same principle applies to infrared heat radiation detected by the IR uncooled micro-bolometer and subsequently converted to wavelengths in the visible spectrum.

Corona is plasma discharge whenever ambient gases are ionized. During the subsequent deionization phase, photons are emitted with emission lines related to the spectral properties of these gases. Air is made up of about 80% nitrogen, which has its dominant spectral lines in the UVA and UVB spectrum and minor lines in the UVC spectrum. The spectrum where corona radiation appears is shown in Fig. 21.

Calculation shows that, for any line inspection application where there are only low temperature sources, a heat detector is required to convert radiation at 8 -10 µm wavelengths into the visible spectrum. A number of heat detectors are available on the market and are classified according to spectral sensitivity as determined by material composition of the detector.

The mercury cadmium telluride (MCT) and Quantum Well (QWIP) detectors, for example, are relatively expensive since Sterling engines are required to cool them to -70° C. The micro-bolometer detector, by contrast, is used by many camera manufacturers for industrial infrared inspections. This type of detector does not need cooling and works at room temperature. It is also compact with high pixel resolution, low cost and easy availability. Fig. 25 depicts the operating principle of a multi-camera, combining all inspection technologies, i.e. visible, infrared and ultraviolet and Fig. 24 shows the spectra where it will operate.

Simply put, UV and IR inspection are not two alternative ways to look at the same problem. Instead, each technology records a particular defect or abnormality within the component or equipment being inspected. In general, it can be said that ultraviolet recordings indicate the presence of corona activity while infrared recordings highlight heat phenomena. Moreover, UV corona recordings have to do with surface discharges and indicate the presence of high electric field. By contrast, infrared measurements highlight presence of leakage current. The first phenomenon depends on surface condition while the second depends on an internally generated heat source.

The latest generation of multi-spectral cameras enable the power industry to simultaneously inspect electrical equipment for corona discharges and infrared hotspots. A specialized software program assists the user to record, process, store and retrieve these recordings. 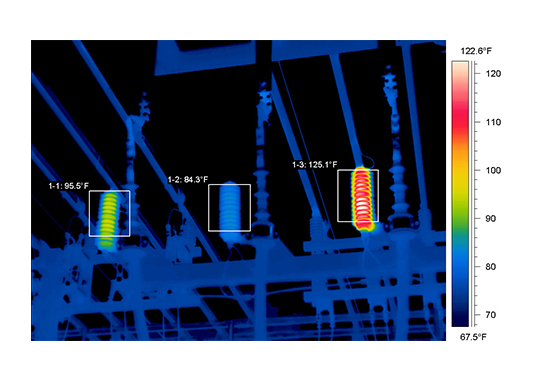 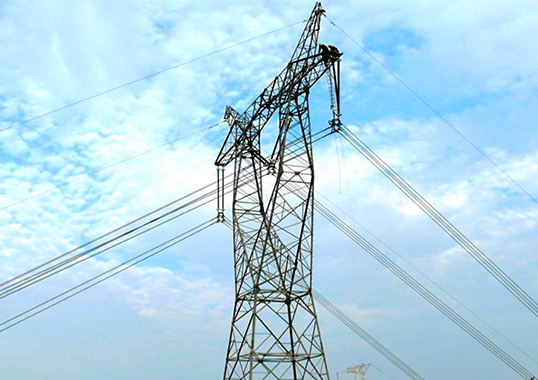 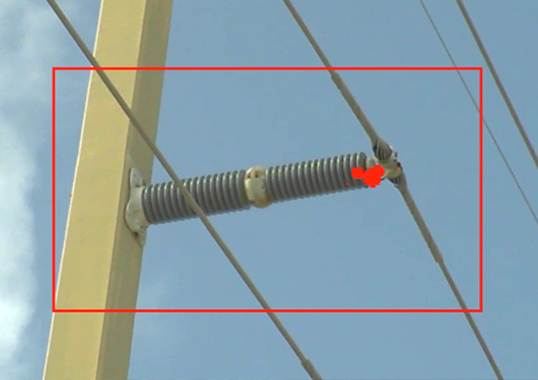 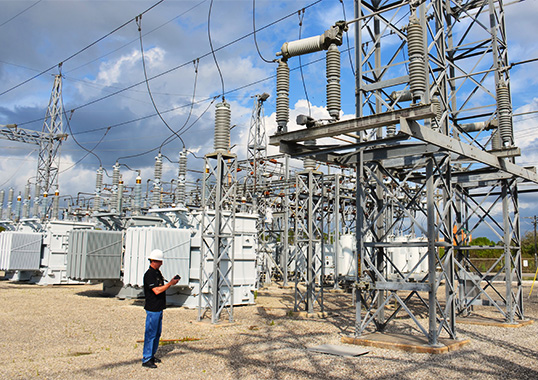