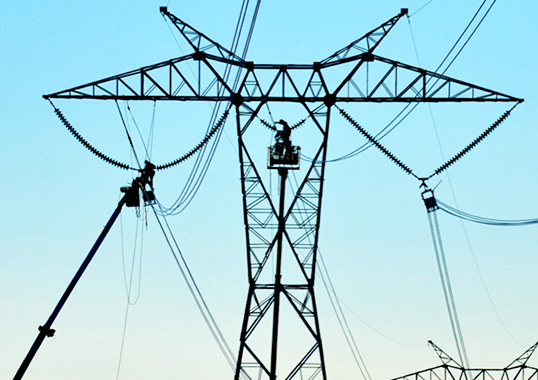 Among the myriad components and equipment that comprise modern power networks, electrical insulators rank low in glamour compared to such technologies as Smart Grid, HVDC and SVCs. In fact, these days, insulators have come to be viewed as little more than a basic commodity. Sadly, this is a great departure from the early days of transmission and distribution networks when insulators were highly regarded and celebrated alongside the intrepid workers who helped build the first overhead lines.

Electrical insulators are as ubiquitous on power lines as towers and conductors. But unlike those items that are made using automated extrusion processes, each insulator is individually handled and finished by trained production staff. That means that not only do insulators contain the brainpower of the experts who developed and designed them but they are also infused with the care and attention of those who manufacture them.

The fact that they are produced piece by piece might suggest high cost as well as great variability in quality and performance. Yet insulators rank among the least costly and most reliable elements within a power grid – especially if one considers that they serve in some of the most hostile environments imaginable.

They must survive continuous high electric field and exposure to intense UV as well as temperature fluctuations that can reach 40°C – in a single day. They are sometimes coated by corrosive and conductive pollution or buried in thick layers of ice and snow. And if that were not purgatory enough, they are pooped on by birds, the target of stones, bullets and other projectiles and gnawed at or colonized by all types of creatures and organisms.

Yet, despite these hellish conditions and while supporting massive dynamic loads, they continue to reliably perform their function, month after month, year after year, decade after decade.

So, to those who design, build and operate power networks worldwide, please take a moment now and then to give a nod of appreciation, a bow of respect to the voltage-denying, gravity-defying insulator that makes all transmission and distribution possible. The humble, unassuming ‘Clark Kent’ of grid equipment but which, beneath its modest appearance, is the real superhero of electrical power systems.