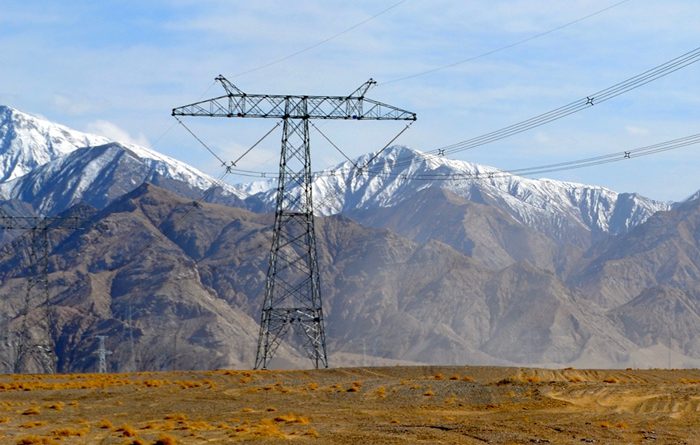 Transmission lines often must traverse mountain ranges or plateaus situated at least 1000 m above sea level. In such cases, design of transmission and distribution systems has to take into account fundamental changes in insulation performance associated with high altitude. This edited past contribution to INMR by retired Professor Guan Zhicheng of Tsinghua University’s Shenzhen Campus, discussed these changes as well as research conducted in China on this topic.

Areas with low air pressure and thin air impact the operation of power lines since voltage decreases with altitude – whether air gap discharge voltage, corona inception voltage or pollution flashover voltage. Moreover, the higher the altitude, the more problematic this will become in terms of the performance of line insulators, or indeed any high voltage insulation. It is well known that, as altitude increases, changes in air pressure, temperature and humidity will all exert some influence on discharge voltage. However, it is the change in air pressure that is the most significant as well as the most consistent of these variables in terms of its effect.

Experts from a variety of countries have studied the influence of air pressure on insulator pollution flashover voltage and proposed that the correction for air pressure be expressed using an equation. In it, the parameter, n, reflecting the value of the air pressure correction, is obtained by testing. Most agree with an n value of 0.5 for a normal design of insulator and 0.6 for an anti-pollution design under AC voltage or 0.35 in the case of DC.

As early as 1980, Tsinghua University and Chongqing University began research into insulator pollution flashover characteristics under high altitude conditions of low air pressure. Utilizing relatively small-scale tanks, pollution flashover tests were conducted to better understand and evaluate the influence of air pressure (altitude) on the pollution flashover characteristics of a variety of different types of insulators. Recent UHV transmission projects in China only accelerated research into how best to select external insulation at high altitude. Along with this has come rapid improvement in the facilities available for this purpose. For example, two large-scale air pressure tanks have been put into service in Beijing and in the central city of Wuhan. In the case of the Beijing facility, the tank body consists of a circular metallic structure of 20 m diameter and 25 m height and can simulate an altitude of up to 5500 m. Moreover, it is capable of performing not only icing and melting tests on insulators but also full-scale UHV pollution flashover tests under both AC and DC. The facility in Wuhan has the same tank dimensions but made of reinforced concrete, has also conducted numerous insulator pollution and icing flashover tests at simulated high altitudes. 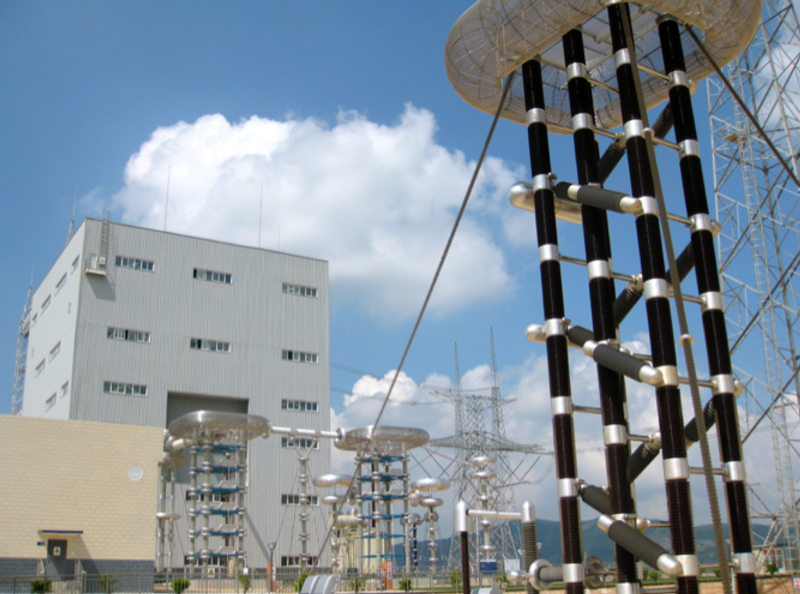 China Southern Power Grid – one of the two major Chinese grid operators – set up a pollution laboratory in the southern city of Kunming at an altitude of 2100 m. The hall measures 26 m x 28 m x 30 m and can carry out flashover testing at up to ± 1000 kV DC and 800 kV AC. In fact, Tsinghua University and the China Southern Power Grid’s Technical Centre conducted a joint research project at this facility to study pollution flashover characteristics of ± 800 kV full-size suspension as well as station post insulators having different materials and profiles.

For its part, the State Grid Corp. of China built a test base in Yangbajing, Tibet, with altitude more than 4000 m. This facility includes a pollution laboratory and fog chamber of 9 m x 9 m x 11m and can do testing for ± 200 kV in DC and 200 kV in AC.

In China, universities, research institutes and power grid operators have all conducted tests on the tendency of insulator pollution flashover voltage to decrease as altitude increases. Pollution severity during the course of these tests has ranged from low to high, including both AC and DC flashover tests. A lot of test data has been obtained in the process and, while the actual figures may differ somewhat from one test to the next, basic tendencies have been the same. For example, all these tests confirmed that the value of the exponent n, (quantifying the influence of air pressure on pollution flashover voltage) depends not only on the voltage being applied, but also on type of insulator (whether porcelain, glass or composite), its shed profile and the severity of the pollution.

In this regard, tests were conducted on four different designs of suspension insulators, with findings for the resulting exponent n values for the different profiles shown below. Designs of these insulators were classified as: (a) XS-4.5, (b) XP-16, (c) XP3-16 and (d) XWP2-16.

Test results showed that the n value for the type a insulator (with a relatively simple profile and no edges on the lower surface) is comparatively small. Moreover, n values for this insulator vary quite a bit under different pollution severities. It was also found that the n value of the anti-pollution type d is not necessarily higher than for the common type b and type c insulators.

Chongqing University, China EPRI, China Southern Grid, and the Xi’an High Voltage Apparatus Research Institute all performed separate statistical analyses of the n values obtained from these tests measuring influence of air pressure on pollution flashover voltage (and which included an AC pollution flashover test as well as a negative polarity DC pollution flashover test). There were a total of 80 test samples of AC suspension insulators, and the distribution of n values obtained is shown in the histogram of Figure 2. These n values follow a normal distribution, with the average being 0.49. A similar approach was then applied to AC post insulators and here the average n value was 0.48 (i.e. very close to that for suspension insulators). The average n value for DC suspension insulators, however, was 0.27, which is significantly lower than for AC.

Research at Tsinghua University found that there are two basic reasons behind change of pollution flashover voltage as air pressure changes. One is that the volt-ampere characteristic of an electric arc changes with air pressure and second is the influence of the electric arc bridge flashover across the insulator’s profile, or sheds.

The second type is a ‘span bridge’. In this case, the passage of the arc is not the result of partial discharge but rather caused by breakdown of the air gap outside the insulator profile. This arc span bridge leads to a growing shortage of sufficient discharge distance and therefore a decrease in flashover voltage. Research found that the more shed profiles protruded and the shorter the distance between them, the higher the probability of the arc span bridge and the more significant the decrease in flashover voltage. In high altitude areas, this ‘span bridge’ between insulator sheds is the type more likely to occur and therefore this imposes a more demanding requirement in terms of ideal insulator profile. In other words, those insulators that perform well near sea level are not necessarily equally suitable for service in mountainous areas. 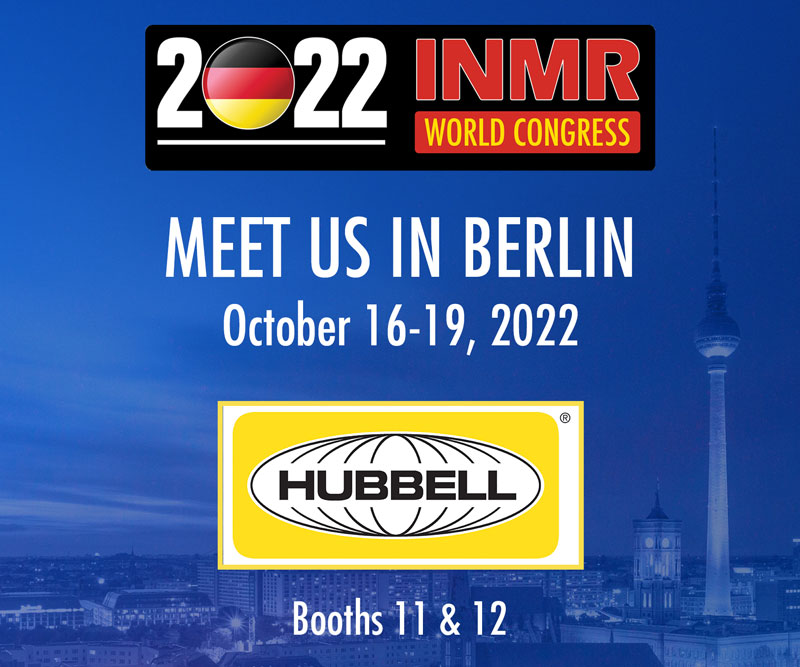 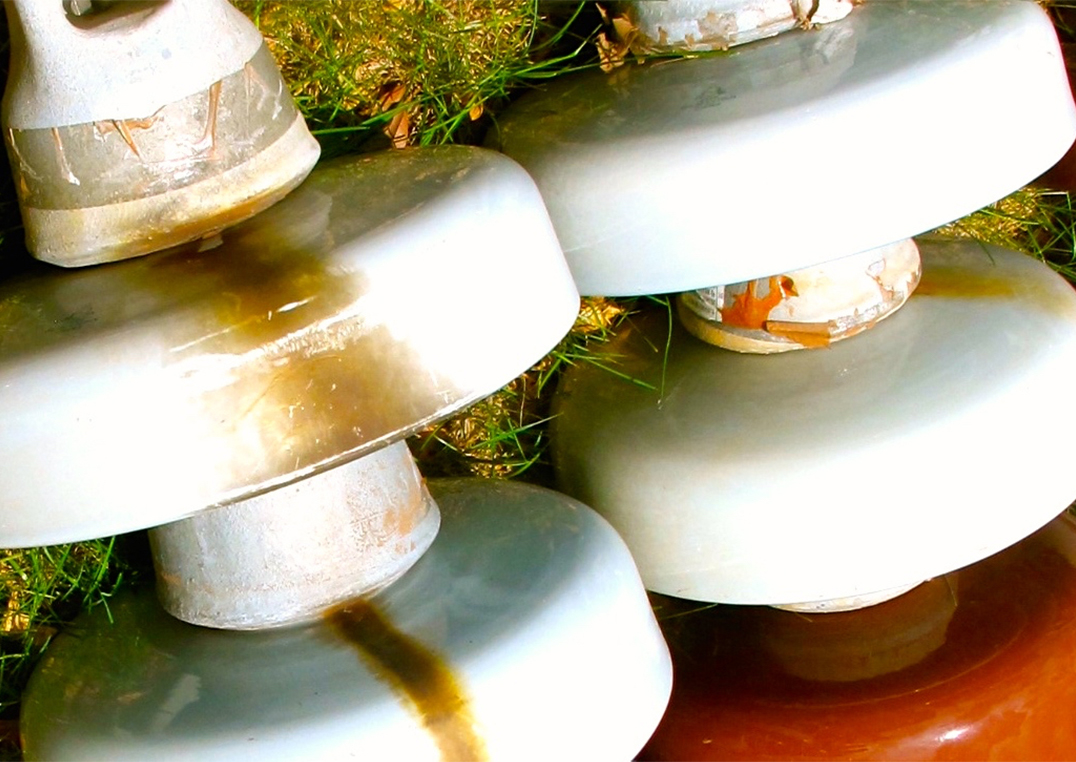 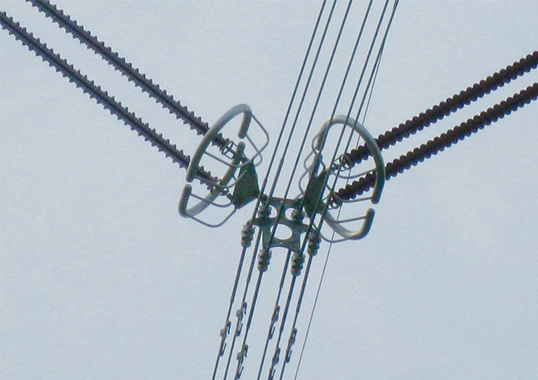 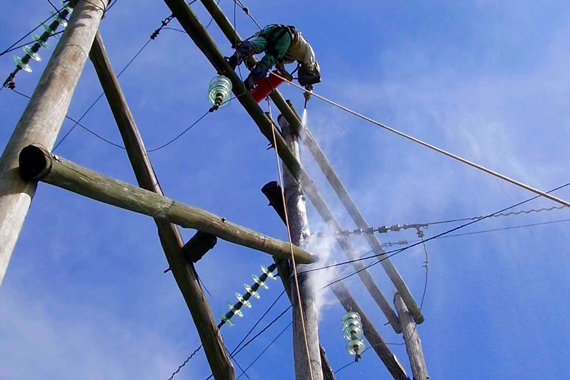 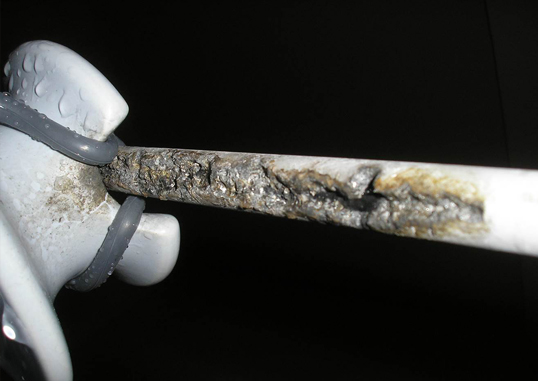