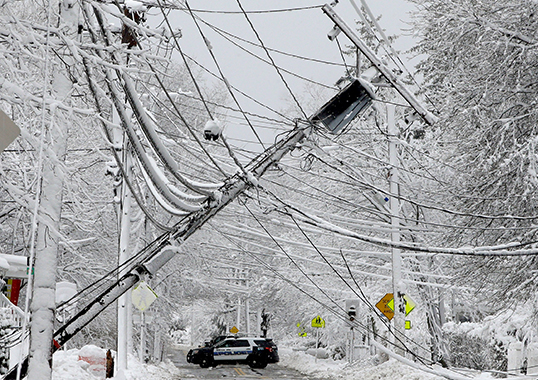 Projections on the evolving climate crisis confirm that power systems will be exposed to increasing threats of the type that jeopardize continuity and quality of supply. How best to respond? Should entire electric systems be reinforced to deal with increased levels of stresses that were not considered during their design phase? Moreover, is the conventional process of system planning and operation, founded on the concept of reliability, even still appropriate? Or must there be a change in philosophy toward the broader concept of resilience?

This past editorial, contributed to INMR by Alberto Pigini, discussed this issue and also offered an example of how researchers and the power system operator in Italy have responded.

There is no doubt that the impact of the climate emergency has the potential to dramatically influence design and operation of electrical networks. Mechanical dimensioning criteria and insulation coordination approaches adopted in the past are now brought into question based on ever increasing level and frequency of environmental stresses linked with extreme weather. For example, if one considers a normal system adequacy approach based on reliability alone, several lines in any power grid might require extensive refurbishment to increase their robustness towards such events.

On the other hand, a resilience-based approach accepts operation of the system, even in a partly degraded state. Then, measures to ensure prompt recovery in case of failure have to be contemplated. While physical interventions to the current system are only limited under this scenario, what is implied instead are changes in operations planning to require higher levels of observability, forecasting, prevention and response.

In Italy, for example, RSE, an organization dealing with research on electrical systems, developed tools to evaluate climate change risk and forecast events. Mitigation measures are identified that anticipate failures with the goal of setting up all preventive and corrective measures in as timely manner as needed. These tools are linked with climatic events such as wet-snow, storms, flooding, pollution, wildfires and drought – all made far more likely and also intense due to the climate crisis. These offer a complete approach to resilience, including dynamic evaluation of the impact of single and cascade contingencies as well as aids to decision-making by grid operators. These tools are descirbed below, indicating their impact within such a ‘resilience-oriented’ approach.

Among the different threats that can affect overhead power lines in general and insulators in particular, one of the most critical is ‘wet snow’. A good example of this was a past widespread blackout in northern Japan due to heavy deposition of wet snow blowing in from the sea. Another was the massive power disruption in southeastern China due to heavy snowfall.

Although this type of event cannot be prevented, efforts have been made to predict its occurrence as well as to limit resulting contingencies and mitigate the consequences. It is also important in this case to prioritize all interventions to be made on the transmission system (e.g. installation of pendulum de-tuners, network meshing, dedicated reinforcement, load management, etc.). RSE has developed an integrated monitoring and alert system called WOLF (Wet snow Overload aLert and Forecasting). WOLF, developed over a GIS platform, provides wet snow forecasting over a 72 hour period, estimates associated mechanical loads and estimates the anti-icing current (i.e. level of current in conductors that would avoid formation of the sleeve through the heating effect caused by Joule losses). This supports grid operators in adopting pro-active mitigation strategies.

Violent and deep thermal atmospheric disturbances are now occurring more often than in the past. These generate intense localized storms, characterized by extreme lightning activity, whirlwinds and even tornados that directly or indirectly affect power systems. Once again, a resilience approach can be envisaged with the goal of reducing the consequences of any resulting contingencies. Here, a well-designed alert system can prove valuable in terms of preventing associated injuries while precise localization of such events can help reduce the time needed to dispatch rescue crews. In this regard, RSE set up STAF (Storm Track Alert and Forecast), a ‘now-casting’ system based on Radar and MSG (Meteosat Second Generation) data that selects only severe thunderstorms, tracks them and then sends alert messages to users. STAF calculates the probability of damage from any thunderstorm in light of several parameters derived from radar and satellite observations, with special reference to the reflectivity of the cumulonimbus along a vertical axis.

Environmental pollution and its impact on reliability of electrical insulation is another known threat. Surface contamination from salt deposits or other pollutants can, under certain circumstances, lead to flashover of line and substations insulators and result in additional contingencies. Given the impact of climate change and continued industrial development, any country’s pollution map is not static but needs to be adjusted over time. Here, for example, RSE has been following evolution of the pollution map of Italy by systematic use of special diagnostic apparatus.

Heat waves see unusually high daytime and nighttime temperatures, compared to average for the period and region, and can last several days. Urban heat waves are increasing in frequency, intensity and duration – not only in the Mediterranean region but also in western areas of North America. That means forecasting them is now a necessity given that higher ambient temperatures generally degrade performance of power systems and can lead to blackouts. For example, worsening of grounding conditions linked with soil dry-out can be widespread and increase in grounding resistance of as much as 5 times between normal-wet and dry-out conditions have been reported. This could mean reconsidering assumptions made during past design of insulation and its coordination, such as protection level of surge arresters and also risk of back-flashover of line insulators. 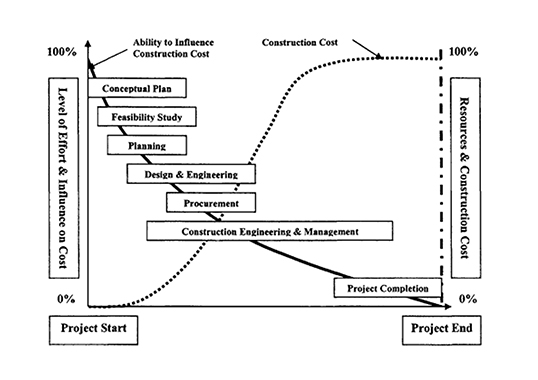 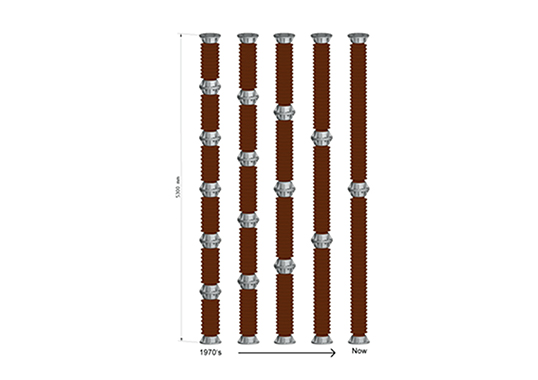