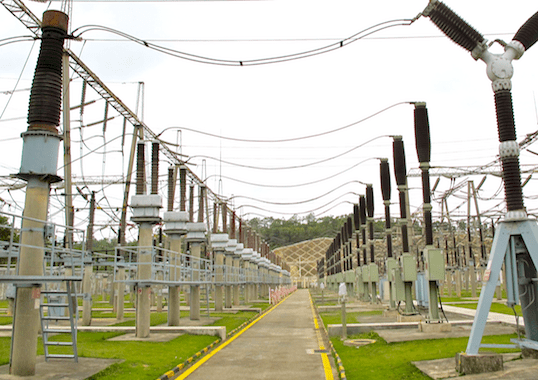 Oil leaking from current transformers presents a problem not only from the obvious maintenance perspective but also in terms of environmental impact. One Chinese power utility faced with exactly such a situation at one of its important substations has chosen to respond by changing over all ageing oil-filled CTs to new dry types.

Longtang Substation is one of the important nodes in the 220/110 kV network supplying power to the bustling commercial city of Shenzhen in southeast China. Built in 1992, the Longtang is exposed to heavy contamination, mostly in the form of dust build up from large nearby construction projects. This requires the entire station to be washed at least once a year, typically right after the dry winter season.

For years now, a number of the current transformers installed at Longtang have been leaking. Apart from the need to regularly monitor oil levels in these ageing transformers and clean up after the leaks there has been another issue to contend with. The oil leaking out from the units has coated the surface of the equipment’s porcelain housings in a sticky layer of grease that traps yet more pollution and has proven very difficult to remove.

Shen Hong, an engineer with the Guangdong Power Grid that operates Longtang, explains that starting in 2000, a new design of dry type CT was purchased from a supplier near Beijing and a program started to replace all the old CTs. Today, only a handful of the original oil-filled units remain in operation and these are also scheduled to be replaced as soon as an opportunity allows.

According to Wang Min, the sales agent representing the manufacturer of the new generation of CTs, environment due to bushings, which feature silicone weathersheds.

Shen explains that the changeout has been timed to cause minimal disruption and requires seven workers about 3 days to make the conversion for each affected circuit. He also notes that the new designs have been performing well since being put into operation.

Longtang handles 15 incoming 220 kV circuits and because of the importance of this substation most of the lines entering and exiting are equipped with line surge arresters.