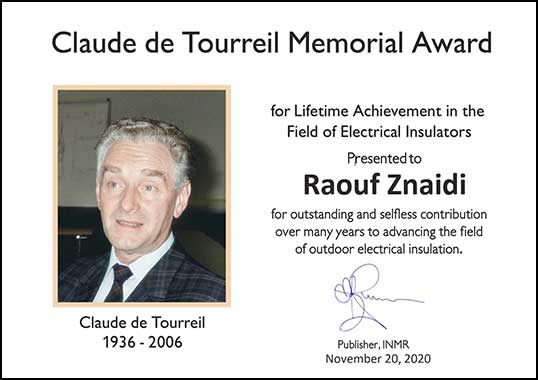 March will mark 15 years since the passing of one of the most important contributors to the development and application of composite insulator technology – Claude de Tourreil.

Every new technology needs a champion such as Claude – someone whose professional credentials combined with an unbiased dedication to the facts gives users the confidence needed to consider applying it. In the case of composite insulators, it is correct to state that power utilities the world over, who increasingly rely on these insulators for many line and substation applications, owe him a great debt.

Claude first became interested in composite insulators while on staff at the research laboratories of Hydro-Québec during the 1980s. This was a time when composite insulator technology was just starting to be applied on selected transmission line projects in the United States and Europe. Still, there were numerous obstacles. The power supply industry is conservative and much remained unknown about how best to specify, handle and test them.

Thanks to his research and numerous papers as well as his efforts not only within CIGRE but also as Columnist for INMR, engineers the world over gradually began to learn the salient details of this new technology. Claude was also a Presenter at INMR WORLD CONGRESS events, beginning in Miami in 1997 and at each session thereafter up until Hong Kong in November 2005, just months before his passing from acute leukemia. Claude’s unemotional and scientifically based arguments helped convince engineers at power supply utilities the world over to pay serious attention to how and where this technology could be applied on their networks.

That is why, in 2009, INMR instituted an annual award to honour his memory and to keep his name and contributions alive in the minds of the next generation of power industry professionals. Award recipients over the years have come from across the globe and included luminaries such as LIANG Xidong of Tsinghua University, Wallace Vosloo of Eskom, Ravi S. Gorur of Arizona State University, Igor Gutman of the Independent Insulation Group, Vaclav Sklenicka of EGU HV Laboratory, Tony Carreira of K-Line Insulators, expert consultants Alberto Pigini and William Chisholm, Frank Schmuck of Pfisterer, Jean-Marie George of Sediver and, most recently, Andrew Phillips of EPRI.

I am pleased to announce that INMR has chosen Raouf Znaidi as recipient of the 2020 Claude de Tourreil Memorial Award for Lifetime Achievement in the Field of Electrical Insulators.

My relationship with Raouf began over 22 years ago, when he was still a research engineer at STEG, the power system operator in Tunisia. He had already spent years setting up and monitoring a series of energized tests stations to compare performance of different insulator types and designs operating in the desert/maritime conditions found across this Mediterranean country. The goal was to learn more about how insulators behave under harsh service conditions regarded at the time as not being well covered by IEC standards.

I was so impressed with what he was doing at the time that he was invited as a speaker at the 1999 INMR WORLD CONGRESS in Barcelona – an event to which he came accompanied by his proud father, himself a successful and respected Tunisian businessman. Raouf did such an outstanding job that he was again invited to speak at many subsequent INMR events, including the latest held in Tucson in October 2019.

It soon became apparent that Raouf’s interest so aligned with those of INMR readers that in 2011 he became a full time editorial contributor to the journal. Over the following years, he covered interesting projects and service problems at power companies in such diverse places as Tunisia, Turkey, Greece, Portugal, Algeria, Morocco, Qatar, Kuwait, Saudi Arabia and Pakistan.

Raouf has also been an active participant within CIGRE working groups investigating, among other things, developing suitable standards for RTV silicone insulator coatings.

Claude would indeed have been pleased to know that someone with Raouf’s dedication to the insulator field has been selected recipient of the award to honour his memory. Raouf will be presented his award at the 2021 INMR WORLD CONGRESS in March 2022 in Bangkok, Thailand (www.inmrworldcongress.com) where he will be among more than 100 speakers giving 120 technical presentations.

I am sure engineers across the globe join me in extending to him warm congratulations and appreciation for his years of contributions to the world’s power delivery industry. 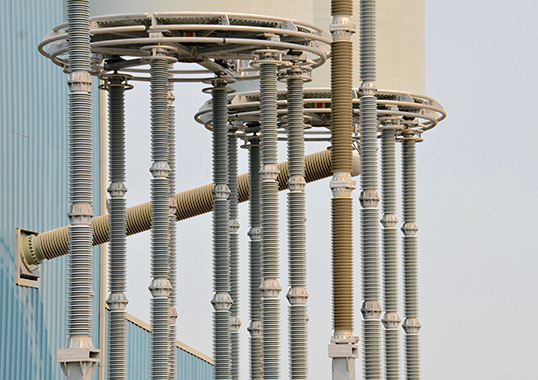 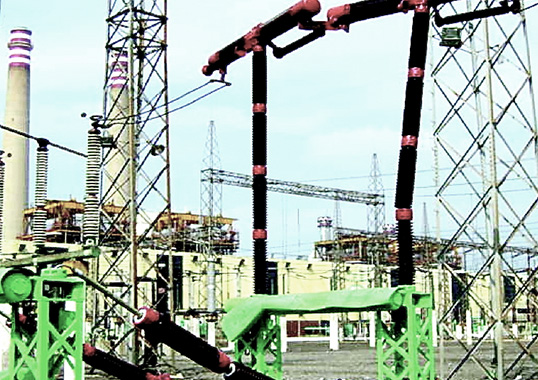 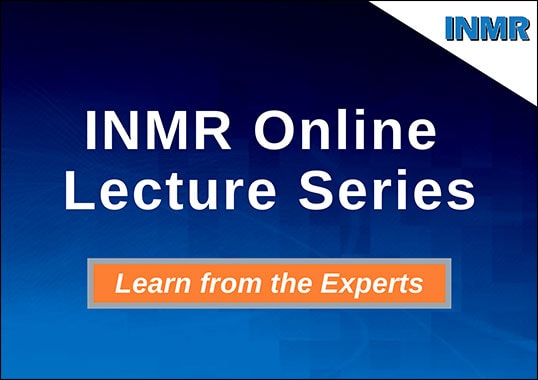 INMR is there to Help During COVID-19 & Beyond 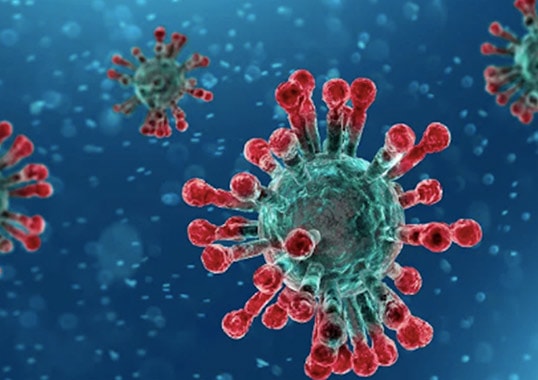 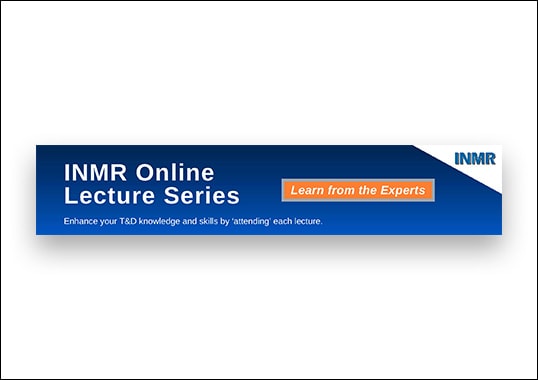