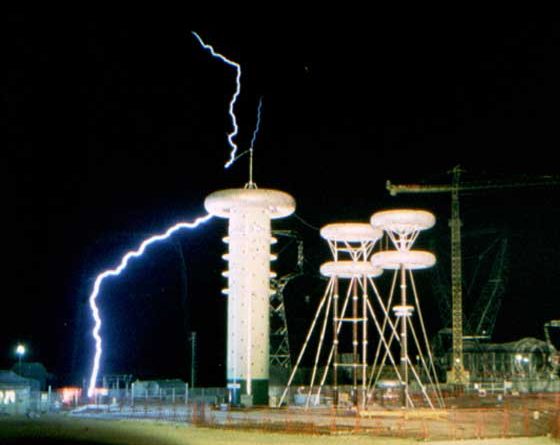 High voltage testing has undergone remarkable evolution over the past 100 or so years and new technologies are imposing the need for continuing adaptation. Looking back at the earliest days of transmission, insulators and electrical equipment were verified using only AC or direct voltage tests. In fact, insulation co-ordination was not given much consideration until some time later, mainly because of lack of information on lightning and the surge strength of apparatus insulation. Instead, rule of thumbs methods were used based on experience and ideas put forward by experts. One of the problems, however, was that HV line insulators verified with these tests began to show weakness in service whenever there was lightning.

The solution was to increase dielectric strength by adding more cap & pin discs to the string. This helped improve reliability of lines but increased problems at substations such as failure of certain apparatus, especially transformers. There was obviously a need to verify the performance of both the HV insulators and the apparatus from the standpoint of lightning surge and this meant that impulse generators became necessary. The first high impulse voltage test was made by Peek in 1915 although real progress came only after invention of the impulse generator by Erwin Otto Marx in 1924. The ‘Marx generator’ was able to produce high voltage pulses from a relatively low DC voltage supply.

Of course, it was not easy to define an impulse shape that properly represented the complexity of overvoltage caused by lightning. Indeed, a variety of different shapes were proposed in 1931 by the AIEE in the U.S. These eventually converged toward the 1.5/40 μs impulse selected in ASA C68/1-1953, a standard that tried to take representativeness as well as feasibility into account. A parallel process occurred in Europe. Synthesis of all these proposals was then made by IEC with an agreement to standardize the 1.5/50 μs impulse shape (IEC 60 Standard 1962).

EHV systems started to be developed in the second half of the 20th century. These soon highlighted another weakness of insulators and apparatus, namely external insulation under severe service conditions such as rain or insulator pollution and wetting. Insulation designed and verified from both the AC (dry and wet) and lightning points of view simply did not offer reliable enough service performance. The role played by switching overvoltage (SO) was then recognized along with the fact that its relative impact increases at higher system voltages. Detailed studies were carried out by power utilities in co-operation with manufacturers in order to analyze the wave shape of switching overvoltage. After much discussion, the double exponential 250/2500 μs impulse was selected as representative for the EHV range and standardized in 1973 as part of a revision of IEC publication 60. This provided methods to verify insulation performance under both dry and wet conditions, using standard rain.

Insulator performance under AC/DC voltage and pollution was also investigated at large test laboratories worldwide. In the process, debate soon arose among advocates of salt fog and those who favored other methods to apply pollution deposits prior to testing. Preliminary test procedures were eventually standardized in the same IEC 60 revision (1973) and later consolidated into specific IEC pollution test standards for AC in 1975 (IEC 507) and for DC only by 1993 (IEC 61245)

IEC 60 series (now IEC 60060), whose 3rd edition was issued in 2010, however, soon began to show certain weaknesses when applied to UHV. As a result, CIGRE Working Group D1.36 –“Special requirements for dielectric testing of Ultra High Voltage (UHV) equipment” was created to support IEC during another revision of these Standards. The following aspects, in particular, were seen as deserving special attention in regard to their applicability under UHV:

• The difficulty in generating LI waveforms that met the standards due to the high inductance of large test circuits and also to the increased capacitance of the equipment being tested;

• The representativeness under UHV of present standardized LI and SI impulse shapes;

• The feasibility of rain tests under existing prescribed tolerances, in view of the large size of test objects and the high voltages being applied;

• The applicability of present approaches to atmospheric correction.

The conclusions of this most recent work are the topic of a CIGRE brochure that forms the basis for yet another revision of IEC 60060.

This same type of process will likely never come to a complete end. For example, due to advantage offered, the share of organic polymeric insulation (i.e. materials that can age) is increasing in relation to inorganic ceramic materials, assumed never to age significantly. Up to now, most HV tests are made to assess equipment when new and assume that, as in the case of ceramic insulators, performance will not change significantly during time in service. HV tests may therefore not have the same significance for components made using organic materials. Indeed, there are numerous cases of insulators with unsatisfactory field experience even though they passed all required type tests when new.

Perhaps one of the biggest challenges still ahead will be successfully defining which HV tests are best able to assess expected long-term performance of organic materials, where insulation properties can evolve over time. 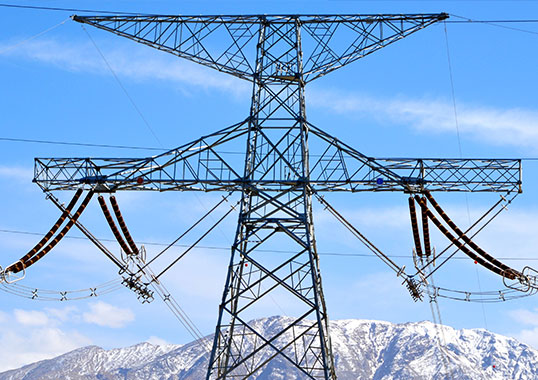