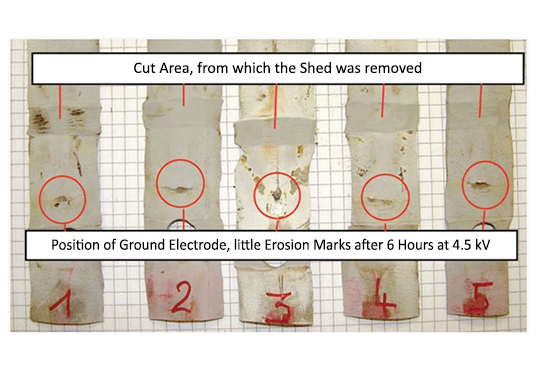 CIGRE Working Group D1.27 was charged with investigating polymeric materials used as external housings for insulators, arresters, bushings, instrument transformers, etc. This topic is now of growing importance given greater demand for such equipment and includes analytical methods to better distinguish these materials by means of their unique ‘fingerprints’. Specifically, there is much interest to investigate possible changes in such housings after a certain period in service and one of the questions is whether an additional Inclined Plane Test under DC stress is required to better evaluate tracking and erosion performance. Evaluating relevant properties of ‘used’ insulator housings is seen as very helpful to estimate the residual life of a power line and also to better define a broad inspection and maintenance regime covering components such as insulators, towers, conductors, dampers, line hardware, etc.). In this regard, Technical Brochure 481 (Guide for the Assessment of Composite Insulators in the Laboratory after their Removal from Service) was published last December by WG B2.21 and serves as a guideline for assessing insulators.

For example, inspection of insulators with silicone rubber housings after 10 years’ service revealed a certain ‘silification’ (i.e. formation of a surface layer of silica). Service stress in this case was characterized by moderate pollution, intense sun and an annual rainy season. The question was whether this type of change was only cosmetic or if it might negatively impact functionality. The insulators were studied closely and no reduction of hydrophobic properties or mechanical strength was found. The influence of the ‘silificated’ surface to tracking and erosion performance was then investigated. Parts of the housings were extracted to obtain test specimens having the pollution and silica layer generated during service. An Inclined Plane Test at constant voltage of 4.5 kV was used for six hours. The findings (Fig. 1) reveal very little erosion and the test was passed.

The same test was then performed on virgin material specimens cut from the housing of an identical new insulator and again the test was passed. However, the new specimens showed a trend toward slightly greater erosion. Based on this, it was concluded that ‘silification’ of the housing surface does not reduce tracking and erosion performance in the case of the ATH-filled HTV silicone rubber material investigated.

More investigation is now ongoing to determine whether or not this ‘silification’ process might actually provide a type of ‘shield’ against its propagation, i.e. in other words, does the first layer inhibit further ‘silification’? If anything, results during accelerated UV tests seem to confirm this.

The main purpose of the Inclined Plane Test is to evaluate the tracking and erosion performance of a polymeric housing material. If the material has inherent hydrophobicity, this property is destroyed using a wetting agent, which then simulates the ‘late aged phase’ of the material from the test’s outset.

In spite of the fact that the first standard for the Inclined Plane Test was published as far back as 1977, results can vary quite a bit depending on certain test parameters:

In the case of DC voltage stress, other test parameters also influence results, including:

Given such test parameter uncertainties, an obvious question that arises is whether a ranking of materials in regard to tracking and erosion performance under AC would provide appropriate information and be fully transferable to DC.

Independent tests performed at the University of Zittau in Germany offered an answer (Fig. 2). Three families of materials were investigated: Material A, a structural material typically used mostly for distribution; Material B, a castable silicone rubber with no added filler to improve erosion resistance; and Material C, an HTV silicone with ATH filler. For material A, practically all tests under DC resulted in failure with conductivity which exceeded the 60 mA threshold.

Materials B and C failed by different damage modes than erosion but the test time required for this to occur was always much longer than for Material A.

These results seem to prove that it is not generally possible to transfer AC test results to expected DC performance under conditions such as a simulated late-age phase of the material. The WG will perform more tests with the round-robin philosophy to verify if this is true. Nevertheless, it can still be concluded: 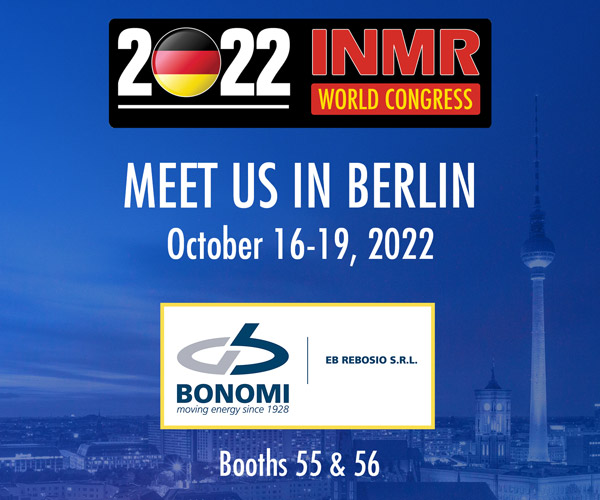