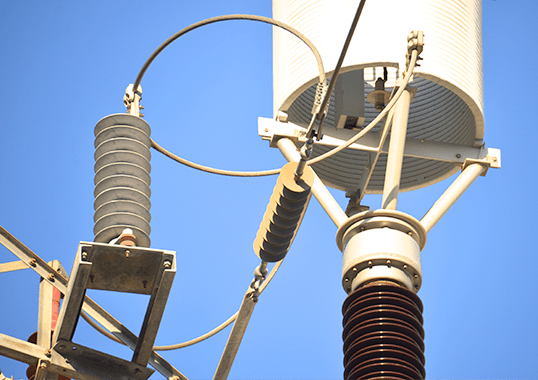 Like many other things, the surge arrester was born of necessity. But while most might guess that arresters were introduced around the late 1800s when power lines first entered operation, they actually appeared 50 years earlier. Their initial function, in fact, was to protect not power lines but early telegraph lines. In North America, the first reference to lightning arresters was in writings by Joseph Henry, after whom the unit of inductance is named. The first power system lightning arresters then arrived on the scene by the turn of the last century.

Since those early power systems, there have been four distinct ‘eras’ when it comes to basic arrester technology. The first arrester, for example, was nothing more than a gap with a resistor in series. Unlike telegraph connected devices, a power device needed to handle the AC voltage on the line and series resistors and inductors helped turn off any surge with the aid of the gap.

The second era saw arresters comprised of aluminum plates and an electrolytic solution. This offered lower clamping voltages and better recovery after the impulse, but did not last long. By 1926, the third and so far longest lasting arrester era was initiated when it was discovered that silicon carbide (SiC) was well suited to assist the gaps in terminating an impulse.

The fourth and current era started in 1967, mainly for low voltage devices, with discovery in Japan of bulk ZnO varistor material. By 1975, Meidensha had already introduced the first high voltage MOV arrester and other suppliers were not far behind in also converting to this technology. While the MOV era now spans almost 40 years, it has certainly not been ‘monolithic’. There have been some truly notable developments and refinements over this period, including:

Introduction of a polymeric housing for arresters occurred in 1987 in the U.S. and has proven to be positive for almost everyone (except of course for porcelain insulator manufacturers). A surprise for many has been how well both EPR and silicone materials performed as housing materials over the past 29 years. Equally surprising has been how much different has been the experience with arrester housings versus those for polymeric insulators – mostly because high stress zones are not present at their ends due to the grading provided by disks.

This characteristic was of great concern to the first designers of HV MOV arresters. Indeed, there were production batches over the first decade that exhibited long-term ageing – usually resulting from errors in processing. But this important varistor characteristic is no longer an issue with modern formulations and disk ageing is now only a potential concern for older installations.

With all that was achieved in better housings and disks, it’s perhaps a wonder that there has not been more improvement in this area as well. Gapped MOV arresters do offer some improvement but, unfortunately, gaps have long been looked upon negatively due to experience from the SiC arrester era. It’s worth asking ‘where will the next improvement in residual voltage come from?’

The first MOV standards appeared in 1987 and 1991 and, while they have since become more complex, they have also improved. If an arrester design can pass all major arrester standards these days, it will perform well in service. It can also be said that the environmental tests for polymeric housings that came from those standards have proven their worth.

During the late 70s, there were about 10 arrester manufacturers in the U.S. Today there are only three major suppliers and much of their production lies abroad. The number of manufacturer of high voltage varistors in the U.S. is now down to only two. This same industry trend exists in other markets as well.

MOV arresters are considerably smaller than those from the SiC era and, if anything, sizes seem to keep getting smaller. A typical MOV type distribution arrester for a 12 kV system, for example, weighs less than 0.5 kg. This reduction in weight has been due to more efficiently produced varistors that can handle more energy at higher temperatures.

Transmission line surge protection was not an option in earlier eras simply because arresters were much too bulky. The opportunity for improved system reliability has only become practical since introduction of the polymer-housed MOV arrester.

This everpresent requirement for all power systems continues to push toward the perfect arrester that will never fail to protect and never fail to serve. But while it is known that arresters have a long service life, the demand for proof of satisfactory operating condition is rising. Arrester health monitors have become better over the years yet there are opportunities for further improvement.

The question for some time now is: what’s next in surge protection and will there even be another design era? Distributed solar power, wind power, fuel cells and other technologies could someday replace demand for centralized power sources and vast overhead power networks. If that happens, there will be a dramatic reduction in demand for high voltage surge protection. Of course, this cannot happen ‘overnight’. Until that time, the MOV arrester might continue to offer the best and longest enduring technology. 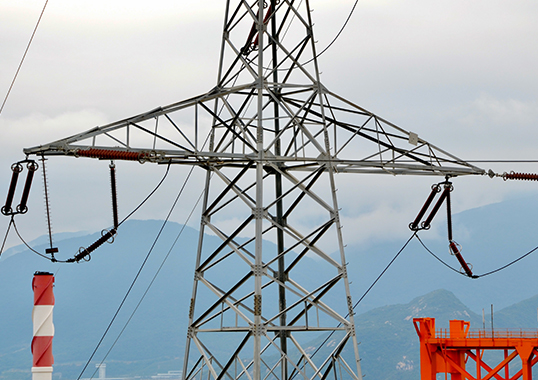