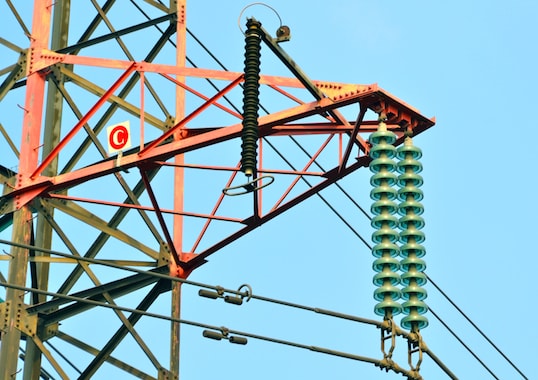 A past conference on power system design included a thought-provoking presentation where the speaker challenged attendees, and especially the next generation of transmission line engineers, to build lines with more emphasis on ‘sustainability’. The speaker proposed three basic principles for sustainability when it comes to design of overhead lines:

• use less materials (apart from conductor);

• avoid materials or processes that pose risks to the environment; and

• install as much conductor as required to keep losses to a minimum.

By such standards, surge arresters can contribute greatly to the sustainability of transmission line design as well as operation. For example, the speaker addressed the topic of losses by suggesting that more conductors should be used. While this would translate into lower operating temperatures, losses due to shield wires were not specifically addressed. When asked about this, the speaker remarked: “the only good shield wire is no shield wire.”

In fact, this indeed has now become feasible by applying line arresters to provide the lightning protection necessary.

Another presentation during that conference estimated losses that are attributable to shield wire, both with and without ‘segmentation’. Basically, segmentation is an installation option where shield conductors are insulated from towers and terminated every mile (circa 1.5 km) or so in order not to form a continuous conductor over the line’s full length. (While such a process may generate issues when there is optical fiber involved, that is not the focus here).

As it turns out, losses due to overhead shield wire are a function of load current such that the higher the load current in the phase conductors, the greater will be the losses due to shield wire. Simple enough. In order to project life cycle losses on any new line, an analysis needs to assume some load current and, in this case, the speaker applied conservative numbers for a 345 kV line. The subsequent analysis proved fascinating.

Basically, an average current of 1000 amps was chosen on a line running 100 miles (160 km) equipped with two shield wires. The right shield wire has an integrated optical fiber and is 0.61 ohms/mile while the left is aluminum-clad steel and 2.4 ohms/mile. Resulting steady state currents induced into these shield wires would then be 41 and 70 amps respectively and that translates into roughly 708 kW of steady state losses.

The speaker went on to demonstrate that, given this scenario and the typical 30 year life of towers and shielding, the cumulative losses due to shield wires would have a present value of $ 3.8 million, based on an energy cost of $50/MWh, i.e. a life cycle loss of nearly $4 million.

If, for example, externally gapped line arresters that are approximately equal in materials and installation costs to shield wire had been installed to protect this same line, there would be no energy losses. Not only does such a design solution seem attractive from an economic perspective, it’s also much more ‘sustainable’ (by the above definitions) because it requires fewer materials and costs less to operate.

Of course, before considering such an option, the first thing a line designer would probably ask is: “What is the reliability of a lightning arrester?” That’s the correct and also a reasonable question.

If we consider the most common type of line arrester design that does not include a series gap, a clear answer may prove difficult. But if we consider an externally gapped line arrester (EGLA), where the arrester is never energized at line voltage, the answer becomes easier. Since there is no external leakage current and no electrical stress imposed on an EGLA’s active parts over its lifetime, reliability is inherently high. For example, typical failure rate could be such that for every million arresters installed, only one will fail over any given year.

Indeed, the reliability of an EGLA is uniformly high and the service life typically covers many decades. In fact, one can observe that of all the ‘ancient’ arresters still in service all over the globe, the externally gapped types are the ones that seem to always still be in service. Based on failure rate, if an EGLA is used to replace the shield wire, the issue of arrester reliability itself becomes mainly irrelevant when estimating line reliability.

The challenge is therefore passed to line designers who read this: consider designing future lines with more emphasis on ‘sustainability’. And please consider EGLAs in place of shield wire. The result will be lots of savings on operating costs and less impact on the environment.

Toward More Standards for RTV Coatings

June 22, 2019 Comments Off on Toward More Standards for RTV Coatings