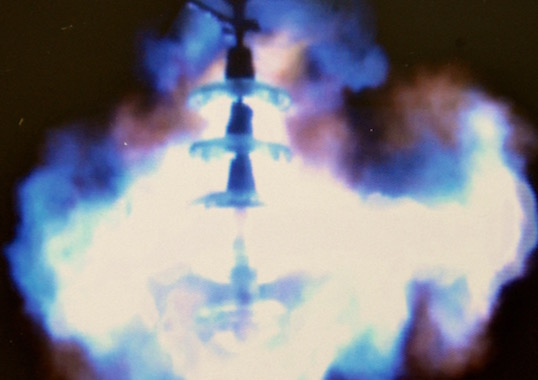 Having visited insulator manufacturers for many years gave me a unique opportunity to understand this business from a number of practical aspects. During one such visit, for example, I was asked: if I had to pick a single test that yields the most information on product quality and performance, what would that be? After consideration, I replied that it had to be the steep-front impulse test.

Lightning and switching impulse tests are usually performed to ensure that the air-gap clearance is adequate. This is useful for insulation coordination of the system (simply put, a process assuring that less expensive equipment flashes over first, thereby protecting more expensive equipment). Unless an insulator is grossly defective, arcing is always external to it. This is because air offers lower resistance than the solid insulator dielectric, despite the fact that the external air gap between the electrodes is longer than the electrode separation within the insulator itself.

In the steep-front impulse test, by contrast, because of the rapidity of the surge, the path of least resistance may be through the body of the insulator. In this case, the insulator is said to have punctured. The ceramic insulator standard calls for five shots of positive polarity followed by an equal number of shots of negative polarity. In the case of the composite insulator standard, there are 25 shots of each polarity. For an insulator to pass, application of the test voltage must always result only in external flashover.

Breakdown of insulation (whether solid, liquid or gas) is related to the availability of a critical number of free-charged particles (electrons and ions) in the space between the electrodes at different potential. This critical number is created through an avalanche process whereby the few free electrons always present due to cosmic radiation, gain energy from the applied electric field and collide with neutral molecules, thereby liberating more free-charge carriers.

Puncture of solid insulation is invariably due to the presence or creation of gaseous inclusions (e.g. voids, bubbles, defective interfaces). As the steepness of the voltage wave increases, the energy gained can be sufficient to dislodge sufficient electrons in these imperfections. Therefore, one can expect insulators to flashover externally when the voltage wave is rising slowly. But when the steepness increases (and assuming that the voltage magnitude is high enough), insulators can fail internally either in the bulk dielectric or along their various interfaces.

The probability of puncture in a steep front test increases with defects and with the steepness of the applied voltage. In principle, even in the case of good insulators, one can keep increasing the steepness of the wave until the insulator will ultimately puncture. In porcelain insulators, internal defects stem from pores and microscopic cracks that are invariably found around quartz crystals. In addition, the heterogeneity of the porcelain formulation creates numerous interfaces between the grains. In glass insulators, inclusions and bubbles can lead to internal failures, although such defects will most likely lead to shattering of the shell before it is attached to the hardware. For composite insulators, imperfections in the fiberglass core rods can arise for various reasons (e.g. voids, impurities, dry fibers, improperly cured resin). A poor rod-housing interface can create air pockets along which breakdown can occur. These imperfections could originate due to poor quality materials or during improper processing of the finished product.

So, if this single test answers so many questions about insulator performance, why is it not being used more often? The simple answer is cost. Obtaining high values of voltage (i.e. several hundred kV) at such a rapid rate is difficult for many laboratories. Moreover, the test equipment must have extremely low inductance, the grounding has to be good (no ground loops) and the connections have to be made with great care (pipes or braided conductors instead of thin wires). With typically 300-600 kV, one can test suspension porcelain and glass insulators due to their fixed and relatively small heights. For composite insulators, the length of the sample specified is 500 mm or less and it is not practical to perform this test on longer insulators (such as post insulators). Puncture is not a typical mode of failure unless there is a gross material or manufacturing defect in which case other simpler tests exist to weed these out.

My advice is to perform the steep front impulse test on a small sample size whenever making changes in material or component suppliers or if changing process controls – even when product design remains unchanged. If the insulator passes this standard test, then increase the steepness until it punctures. Of course, every time an insulator punctures one has to dissect it to establish the root cause. But wouldn’t it be the most convincing piece of information to establish if the changes made actually improved performance or not? I would even go one step further and suggest that this test could be used to evaluate the ageing of ceramic as well as composite insulators.

Designing for Reliability Versus Resilience

October 13, 2018 Comments Off on Designing for Reliability Versus Resilience