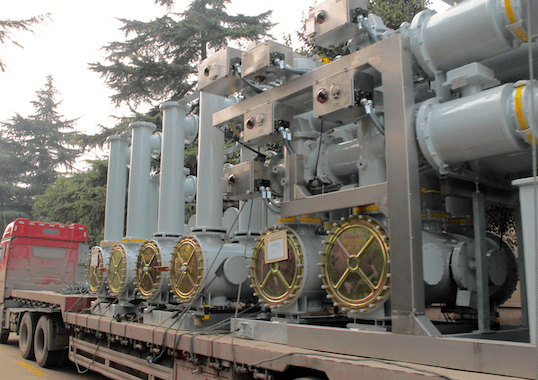 New technologies are now allowing the T&D industry to combine economic opportunities with environmental goals. One example has been the search for ‘green’ alternatives to SF6 for gas-insulated switchgear and circuit breakers. From a purely technical perspective, SF6 is perhaps the ideal choice for these applications due to its excellent insulation and arc interrupting properties. But it is also a highly potent greenhouse gas: hence investments within the power sector to find alternatives.

Those efforts now seem to be coming to fruition as a number of environmentally friendlier solutions are coming to market. These include vacuum switching combined with air insulation as well as replacing SF6 with mixtures of CO2 and fluorinated organic gases such as C5 perfluoroketone (C5-PFK) or iso-C4 perfluoronitrile (C4-PFN).

Such solutions typically target GIS applications up to 145 kV. Indeed, breakers and other substation equipment without SF6 are already undergoing pilot tests on the market. For example, SF6-free GIS designs were displayed at last summer’s CIGRE exhibition in Paris. Proponents claim that these green options offer basically the same insulation and arc interruption performance in these applications as SF6, although this still need to be independently verified.

From the purely certification point of view, switchgear based on these new solutions needs to be held to the same high levels of quality and reliability as the SF6-insulated equipment they hope to replace. That means performing the same types of tests – but with possible important modifications. High-voltage vacuum-based components are best tested in a 3-phase instead of single-phase configuration, as is typically used today. In addition, ‘direct’ testing where power is provided from a single source offers advantages over synthetic testing.

One potential issue around certifying such components is that many of the relevant international standards for testing GIS focus on SF6 and may not be directly transferable to green alternatives. IEC 60376 and 60480, for example, provide guidelines for purity and other technical specifications for ‘new’ and ‘re-used’ SF6 respectively. There is still no analogous guidance for another insulating gas used in GIS. Moreover, whereas SF6 molecules recombine after switching, many of the alternatives are consumed during switching. This could lead to new lifetime issues.

Recently, CIGRE launched Working Group B3.45 to investigate whether these requirements need to be adapted or if new standards will need to be developed. This year, a second new WG, D1.67, is being established to specifically focus on dielectric performance of non-SF6 gases and gas mixtures with fluorinated components. One issue that clearly needs to be addressed is standardizing certain solutions since mixtures of gases are more difficult to handle than single-molecule gases such as SF6. Moreover, interoperability between components is an absolute must in the power sector. As such, the current variety of SF6 alternatives is not a welcome prospect.

Establishment of these two new working groups by a renowned industry organization such as CIGRE shows the importance the power sector places on finding green alternatives to SF6 for GIS. But the emergence of these alternatives also opens up intriguing possibilities elsewhere in power systems. For example, in many countries there is a strong desire to replace or supplement existing overhead power lines with underground cables. Such a move could not only reduce the environmental impact of transmission but also provide an additional means of mass power transport over long distances.

Until now, however, such efforts have been held back by concerns over cost and reliability. Standard cables would need to use considerably more copper than overhead lines to handle the currents required, making them expensive. In addition, a huge number of joints would be required and this could seriously impact reliability. Indeed, years of experience in testing cable assemblies at KEMA Laboratories have shown that joints are typically the most unreliable component.

This problem could be overcome by using gas-insulated lines (GIL). However, the types of long distances covered by transmission networks (potentially the length of countries) would require large volumes of insulating gas. If that gas were SF6, the potential climate impact of the enormous amount of banked gas would be unacceptable. In this way, effective and environmentally friendly alternatives to SF6 make green GIL possible too – and examples of this were also on display at the latest CIGRE exhibition.

With greener GIL options, electricity could be carried with fewer underground transmission systems and those systems would not need to be compartmentalized for environmental protection. Thus, those gases originally being developed as alternatives to SF6 in switchgear could eventually also enable another reliable, cost-effective and environmentally friendly means to transport bulk electrical power. 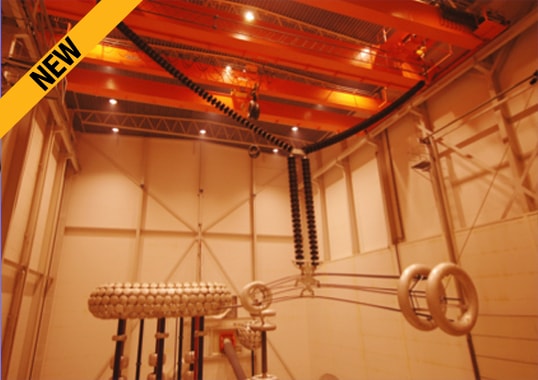