Due to the number of cable joints in HVDC land cables, which can exceed a thousand in a single system, failure rate of joints plays a major role in system reliability. This edited contribution to INMR by Hansjörg Gramespacher and Hanyu Ye explains that field distribution in an HVDC joint is highly sensitive to temperature. Since some areas inside a joint can experience much higher electric field during operation than during routine testing, DC routine tests according to existing standards may not always be sufficient to guarantee high reliability of joints during operation. Rather, to properly cover electric field distribution in these joints at higher conductor temperatures, additional testing may be necessary.

In contrast to AC cable systems, electrical energy can be transmitted great distances using HVDC cables. For example, HVDC cable systems planned for Germany will have lengths of about 580 km (the South-East Link) and about 700 km (the South Link) respectively. However, due to transport limits for weight, length of a single cable is limited to a maximum of about one km. That means a joint is needed about every km in the case of land cable systems and about 1000 joints must be installed for long HVDC cable systems. Due to this large number of joints in a single cable, reliability of each joint is critical. Based on experience with HV cable systems for AC, it is known that failures of accessories play the major role in unplanned shutdowns with the main reason being errors during installation. By contrast, failures caused by defects in accessory insulation (e.g. impurities, air bubbles, etc.) or by mistakes during production play a comparatively minor role. The reason is that these kinds of failures can normally be detected during routine testing, as required according to IEC 60840 and 62067 for the main insulation of each joint and termination. The question emerges is whether or not these same kinds of failures would also be detected during routine testing of HVDC joints, according IEC 62895.

According to IEC 60840 and 62067, each cable joint for AC high voltage application has to be tested in a routine test with AC voltage of 2.5 x U0 for 30 minutes and 2.0 x U0 for one hour. In addition, each joint has to pass a partial discharge test at 1.5 x U0. Similar routine tests for AC joints are required as well by IEEE 404. These tests aim to guarantee that failures in the main insulation of joints caused by impurities, air bubbles or errors in manufacturing are already detected in the factory. However, even with these routine tests for cable joints and terminations, failures of these components are still the main reasons for the unplanned shutdowns in AC cable systems. For example, results of a CIGRE investigation into AC cable joints between 220 kV and 500 kV showed an annual failure rate of 0.048 failures per 100 joints, i.e. roughly one of 2000 installed joints failing each year. According to this same investigation, typical time to repair the cable system after such failure is about 25 days for this voltage range.

The question is whether one can similarly estimate expected failure rate of HVDC cable joints. Since most such failures at AC are caused by installation errors, it can be assumed that this kind of failure rate will be similar for DC. However, there are differences in the routine tests required for DC cable joints and these might lead to much higher failure rates than for AC joints.

According to IEC 62895, a DC voltage test at ambient temperature with voltage level of 1.85 x U0 for one hour is required for HVDC cable joints. An additional partial discharge test is optional and parameters for this test have to be agreed upon between customer and manufacturer. But in contrast to AC voltages, electric field distribution in HVDC cable joints is highly temperature sensitive and can increase locally by several orders of magnitude if temperature of the cable conductor increases. Fig. 1 provides an example of such change in electric field, showing simulated electric field distributions in joints at different conductor temperatures. The finite element simulations, performed with a finite element tool developed, consider change in resistivity with temperature and electric field.

Simulation has shown that the electric field in some parts of HVDC joints can be higher during operation than during the DC routine test according to IEC 62895. This means that not all critical defects in the joint may be detected, which will increase failure rate in the field. Therefore, it is recommended performing an additional DC routine test with higher temperature. Without such additional testing during routine tests in the factory, there is the risk that failure rate for HVDC joints during operation will be higher than for AC joints. Given the high number of joints in HVDC land cable systems, this could have great economic impact on their operation. 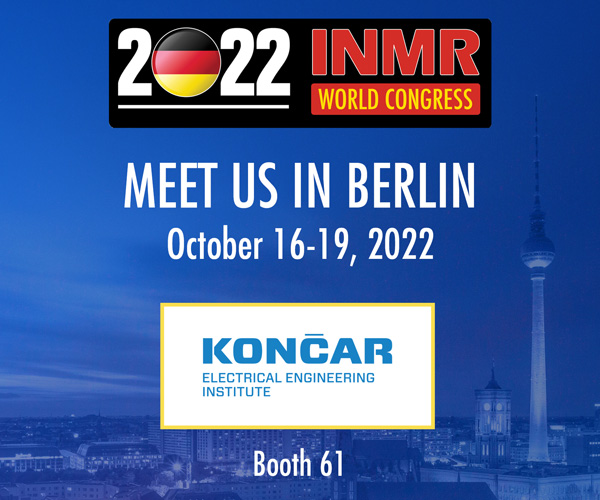 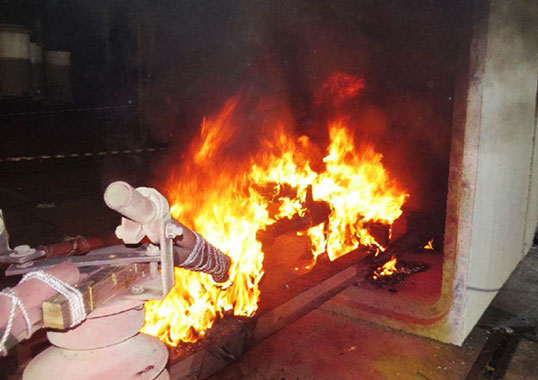 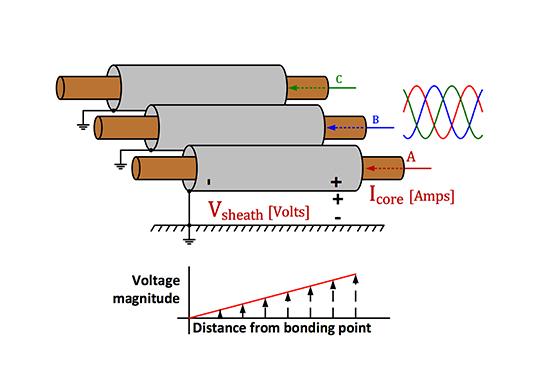 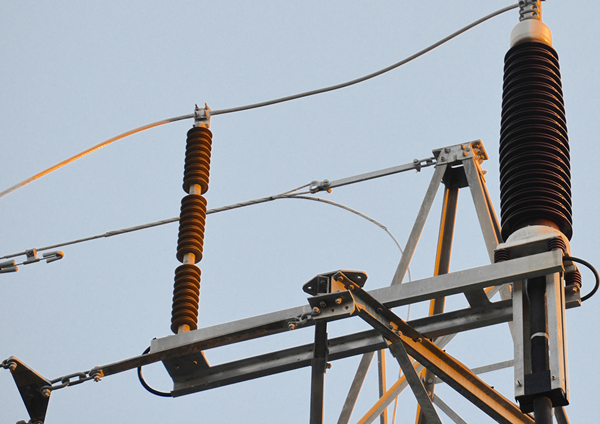