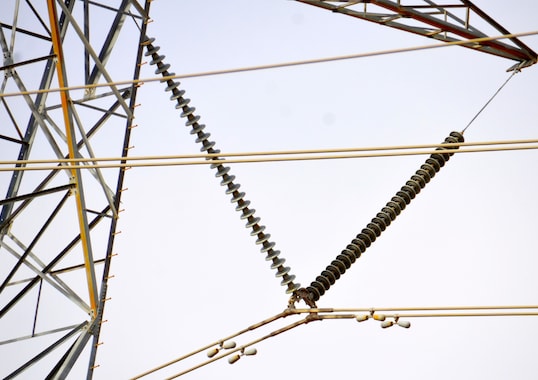 In his landmark (but now hard to find) book Insulators for High Voltages, J.S.T Looms offered the following insight: “The purchase price of insulators, especially those of glass or porcelain, is totally dominated by market forces and bears no relation either to technical importance of insulation on transmission lines or to the cost of replacement and revenue loss in case of failure. In other words: insulators are absurdly cheap. The emergence of insulator production in parts of the world where labour costs are much lower than in the industrial North has further increased the downward pressure on purchase price and upon the level of quality. However, a change of attitude towards insulators is now becoming apparent in some supply utilities. They start to consider true costs rather than merely purchase price …”

If anything, the above observations seem truer today than back in 1988 when Looms first wrote them. Indeed, over the past years there has been large-scale restructuring of the industry supplying toughened glass as well as porcelain line insulators. Due to market forces, certain manufacturers have re-located production and opened new factories in low cost countries – sometimes accompanied by a corresponding loss of manufacturing experience. New players have also entered the business, some supplying insulators of questionable quality. Most products from such new players are offered at a lower price than brands with a quality track record. As a result, some of the power utilities who have purchased them have been underestimating their impact on total life cycle costs in service, e.g. in terms of additional required diagnostics and/or more unscheduled maintenance.

Service experience as well as laboratory research has revealed that there can be great variance in the manufacturing quality of insulators from new producers – even though these may have formally passed standard IEC test requirements. This was pointed out, for example, in paper B2.209 presented during a past CIGRE general session by power companies and test laboratories from the Czech Republic, Sweden, Norway and Finland. These organizations reported on the poor performance of certain families of low quality glass cap & pin insulators. According to the paper’s authors, it is very difficult to distinguish low quality from high quality insulators relying on standard IEC tests since insulators are usually ‘specially selected’ for type and sample testing. Moreover, they felt that the requirements for type, sample and routine testing are not stringent enough to always reveal lower quality insulators.

Similar experience was reported within the meeting of SC B2 by utilities as well as a HV laboratory from Brazil. Indeed, additional tests to those proposed in IEC 60383-1 have now been added to the Brazilian national standards with the goal of ensuring higher quality insulators. Again, there is an implicit recognition here that what is now specified in IEC standards – especially sample tests – are not rigorous enough. In particular, based on experience and special research, additional sample test have been recommended when it comes to insulators made of toughened glass, including:

The importance of randomly selecting insulators for sample tests was also emphasized. For example, the tests referred to in paper B2.209 were carried out on 11 insulators from different manufacturers. These had been randomly selected from batches of insulators purchased in the past by the participating utilities to avoid making any ‘ad hoc’ purchases that might imply similar ‘ad hoc’ quality control by the manufacturer. Only 2 of the 11 types tested fully complied with the new test requirements.

Although the above refers specifically to glass cap & pin insulators, I am of the opinion that similar conclusions could also be reached for porcelain discs. Although the manufacturing processes for both glass and porcelain insulators are well known and mature, they are nevertheless sensitive to even slight deviations. Careful selection of raw materials and proper quality control at every stage of production is fundamental to assuring high quality in each item coming off the line. And making sure that this is always the case can only be realized by increasing the severity of both sample tests and routine tests.

Taking into account the evolution of the insulator industry in recent years and the growing body of available service experience, I make the following recommendations:

• Enlarge the information available on reliability of cap & pin insulators, possibly leading to results surprisingly different from the past (see my Q1, 2011 column in INMR, comparing the reliability of composite and ceramic insulators). To this purpose, setting up a new WG within CIGRE SC B2 with a mandate similar to WG B2-57, set up to look at field experience with polymeric insulators, would be helpful.

• Based on unsatisfactory field experience with certain cap & pin insulators, the outdated IEC 60383-1 (1993) will need to be revised to reinforce and update it, especially in regard to sample and routine testing.