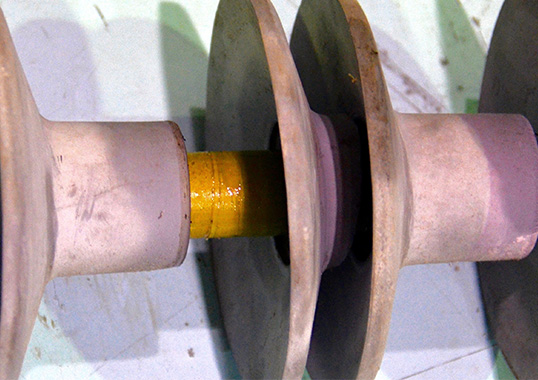 There is a general assumption that a higher price is always good for the seller while a lower price is good for the buyer. In the world of electrical insulators, however, this paradigm does not necessarily hold true. The acquisition cost of an insulator is in fact far less important than is the performance and service life it will offer. If higher price is a better predictor of satisfactory long-term performance, this will be good for both seller and buyer.

Warren Buffet once remarked, “price is what you pay for something; value is what you get in return”. In the case of insulators, acquisition cost (i.e. price) can prove relatively small compared to total lifetime cost (i.e. what you get in return) which can be many times higher. The real value of an insulator lies in how well these downstream life cycle costs can be controlled within acceptable limits.

An insulator is a strategic component governing the performance of an expensive asset. While insulators usually account for only some 5 to 10 percent of total building costs for an overhead line or substation, problems with insulators are one of the leading causes of unplanned outages. Moreover, because of their number and strategic importance, they are also a component requiring careful inspection and potentially high remedial maintenance expenses.

In view of the above, it is worth examining what has happened to the price and quality of insulators over past decades.

In his landmark 1988 book, ‘INSULATORS FOR HIGH VOLTAGES’, John Looms compared prices of insulators at the time with prices decades earlier. He discovered that these had barely changed in numerical terms on an equivalent weight basis, in spite of years of inflation. He concluded that insulators had somehow become incredibly cheap, especially if one allowed for how important they were to all power transmission and distribution.

The 1990s marked the start of dramatic facelift to the power delivery industry in general and for the insulator marketplace in particular. Firstly, as more and more utilities became privatized and de-regulated to create competition, past long-term relationships between utilities and local insulator manufacturers began to dissolve. Suddenly, utilities were no longer willing to support local suppliers if this meant paying a higher price. Adding to the increasing competitive pressure was the fact that large OEM customers began to establish global supply chains to acquire the insulators they needed from the most advantageous sources worldwide. Finally, growing acceptance of composite insulator technology starting in the mid to late 1990s created new cost structures for the industry that allowed prices to be driven even lower. These insulators could be produced with less handling and labor content than porcelain or glass equivalents. The number of competitors also grew substantially as it became much easier for new suppliers to enter the composite insulator segment versus building new porcelain or toughened glass insulator plants.

Together, all these concurrent developments put unprecedented pressure on prices of insulators. As shown in Figs. 1, 2 & 3 from a 2015 study of international trade in insulators by Goulden Reports, 1990 marked the start of years of price erosion for glass, porcelain and composite insulators, measured in export value per kg.

In 2009, Prof. Liang Xidong of Tsinghua University in Beijing – now also Convenor of an IEC Working Group on updating insulator standards – sounded the alarm about what would happen if price levels of insulators continued their steady decline. He noted, for example, that the price of silicone insulators in China for application on 110 to 500 kV systems at the time had become much lower than at the start of their use. While economies of scale in manufacturing helped drive down unit costs, the real factor behind the price decline was intense competition between new and established manufacturers. He saw a clear danger. With falling price levels, manufacturers would have to find ways to cut costs by optimizing materials and possibly lowering the resilience of their insulator designs. Now, the main goal became not producing an insulator that offered many years of trouble-free service but rather one that would be less costly to manufacture yet still pass all the tests required in the standards.

By around 2014/15, utilities in Europe and elsewhere began to report irregularities in some insulators in their inventories. There were also increased failures from the field. Based on this, test laboratories soon began to receive requests for non-standardized tests based on specific user requirements. As reported by Dr. Dan Windmar of STRI at the 2019 INMR WORLD CONGRESS, the utility industry began to feel that existing IEC standards needed to be revised and adapted to more stringent conditions since these tests were no longer seen as sufficient to weed out inferior quality products. Different types of failures experienced in service only underlined the need for tougher test requirements such as increased duration, increased number of samples and possibly entirely new test methods.

The question therefore arises how best to keep the proper balance between price and quality. This is central to the reliable and efficient operation of all power systems. But to answer this question one must first distinguish between high quality and poor quality insulators. For example, what constitutes good quality in a composite insulator?

According to Professor Liang, “quality should be judged by insulator performance over long-term operation on the network – something that is not easy to assess in advance when the insulator is manufactured and purchased by the customer. Rather, this can be judged only from the results of testing. If an insulator passes the tests, it is typically a qualified product. But, as discussed, it is no longer possible to accurately predict an insulator’s long-term performance before it is put into operation relying only on present standards. And it is especially difficult to distinguish a truly high quality silicone insulator from one that only passes all required tests.”

Liang noted, for example, that utilities in China had adopted different requirements in terms of expected insulator performance. Some felt a composite insulator was of sufficient quality if it could perform safely for 10 years. These utilities then decided to replace all composite insulators with new ones – even if they still appeared in good condition. Apparently, these utilities felt that 10 years with almost no maintenance was good enough and already much better than the porcelain insulators used before, which had required frequent cleaning. They simply did not want to take the risk that new composite insulators might fail after more than 10 years in service. Other utilities in China insisted that a good quality silicone rubber insulator should be safe in operation for 20 to 30 years. Hardly any looked to such life spans as 40 or 50 years.

Liang concluded that the price of 35-220 kV silicone insulators in China has been cut too much while the price of 500 kV AC units has also dropped too significantly. It had therefore become important to adopt higher test standards as a way to help predict good long-term performance. He also hoped that the battle between price and quality would never extend to insulators for highly strategic lines such as ±500 kV or ±800 kV HVDC lines where transmission capacities are 3000 MW and 6400 MW respectively – nor to 1000 kV UHV AC lines.

Users and manufacturers both have the same goal when signing a sales contract, namely to equip a new line or substation with insulators that will perform without problem for many years. But there are challenges to this historic paradigm as more and more suppliers find themselves competing based solely on price. Says one industry insider, “there is great pressure to survive. Unreasonably low prices today may lower acquisition costs for grid operators but can impose high costs down the road, especially if the insulator industry has to ratchet quality downward to stay competitive”.

The important conclusion: end users must always take the long-term view when buying a component that is as strategic to the safe and reliable operation of a power network as is the insulator. That means low price should never be the sole basis for choosing one supplier over another. While sometimes incorrectly regarded as a basic commodity with comparatively little technology content, the reality is that electrical insulators can prove the fatal weakness of any power system. Poorly performing insulators will doom even the best-built lines and substations to problems and invariably lead to frequent outages or high maintenance costs – or both. This is an undeniable truth that elevates the strategic importance of the insulator to a level far in excess of its relatively minor share of total investment cost.

It is really a question of which principle is the more important when buying: ‘short-term gain with possible long-term pain or short-term pain for long-term gain’. 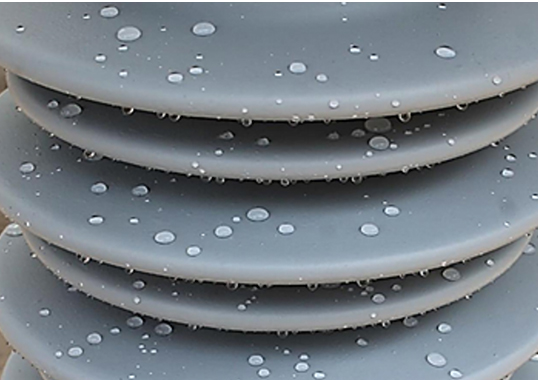 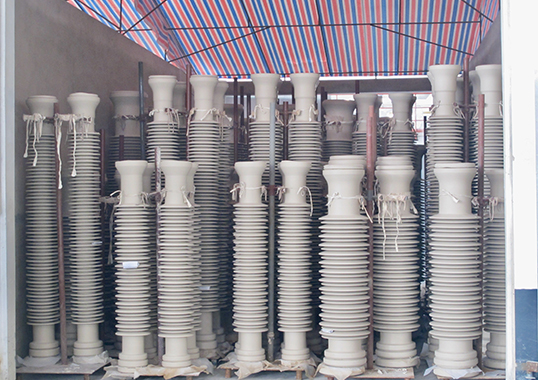 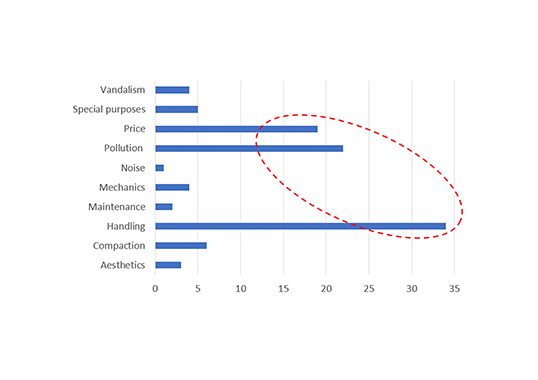 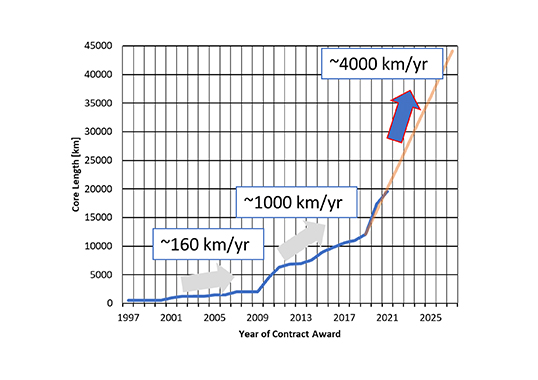 Comparing Performance of Composite vs. RTV-Coated Glass Insulators in a Harsh Service Environment 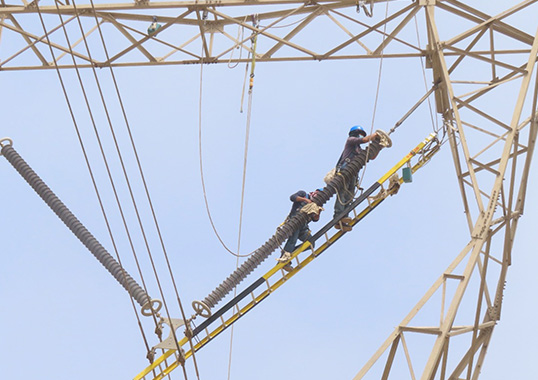