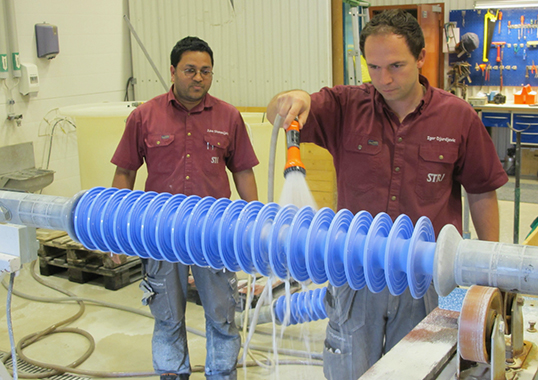 Two standard pollution tests – the solid layer and the salt fog test – are specified for ceramic insulators in IEC 60507 for AC applications and in IEC 61245 for DC. Insulators made from hydrophobicity transfer materials, however are not within the scope of these standards. As a result, IEC 60815-3, which is intended for dimensioning polymeric, composite insulators under polluted conditions, states only that in the absence of any recommended tests, these should be agreed upon between user utility and manufacturer. This recommendation allows that testing of HTM insulators might require investigation of their performance in either hydrophilic or hydrophobic states, or both. A similar approach is followed in IEC 60815-4 for DC dimensioning of polymeric insulators.

Next, CIGRE TB 518 was published 2012 and dedicated to pollution dimensioning of insulators for DC. It mentioned that several organizations have employed modified test methods based on the standards available for ceramic insulators.

The first detailed description of a new test method arrived in long-anticipated CIGRE TB 555 in 2013. A pre-conditioning procedure before application of pollution included dry kaolin powder. To simulate recovery of hydrophobicity, 2 days of time elapsed between the pollution and voltage test was proposed. According to TB 555, the entire test procedure fit CIGRE/IEC requirements for a test method, however several aspects warranted further consideration. Among these was wetting rate and applicability for DC.

The most recently published document on this issue, CIGRE TB 691, investigated aspects of rapid test methods of pollution testing on ceramic as well as composite insulators under both natural and artificial pollution. The conclusion was that the rapid flashover test (i.e. simulating solid layer pollution) and the quick flashover test (i.e. simulating wet salt fog pollution) can both be applied for either ceramic or composite type insulators and for AC and DC.

To summarize, CIGRE recommendations up to now state:

1. Both modified solid layer and salt fog procedures are applicable;

Attend the 2022 INMR WORLD CONGRESS in Berlin, where insulator testing expert, Dr. Igor Gutman of the Independent Insulation Group in Sweden, will report on a comprehensive paper prepared by a group of international experts representing manufacturers, users, consultants and researchers. The aim of this paper was to update the state-of-the-art in pollution testing of HTM insulators in different parts of the world. A new IEC TC 36 63414 has started in 2022 with the goal of developing a new standard “Artificial pollution tests on high-voltage insulators made of hydrophobicity transfer materials to be used on a.c. and d.c. systems” at the end of 2024. 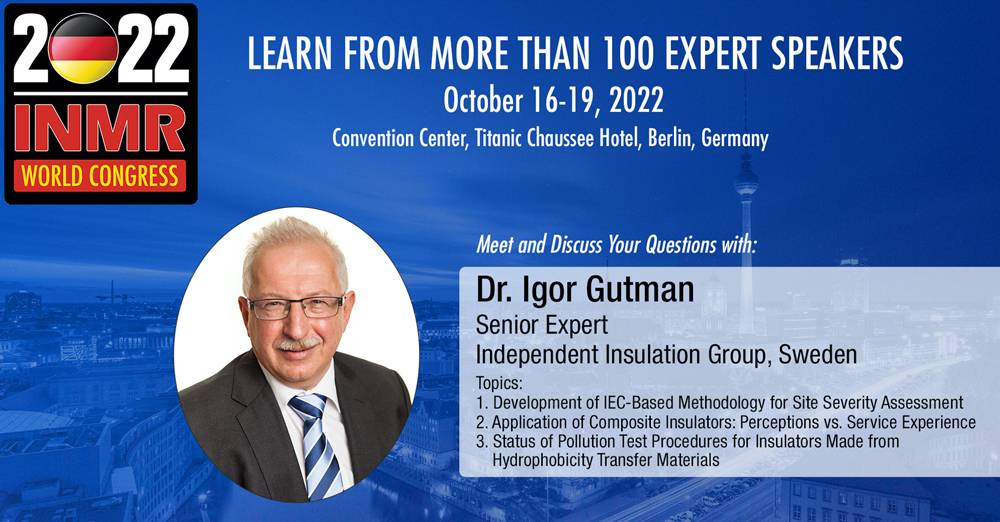