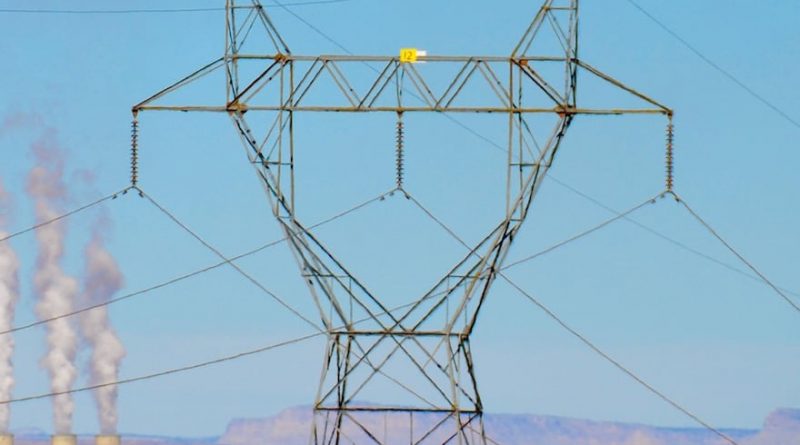 Failures of insulators due to pollution flashover can prove very costly, causing potentially long outages and requiring expensive and time-consuming maintenance. By most accounts, one of the leading causes of such failures is improper specification of insulators in the first place – to the extent that the designs selected are unable to cope with all the stresses imposed by pollution in the environment. Therefore, it is vital for engineers at power supply companies to correctly understand the real pollution characteristics of the service environment into which insulators will be placed into service. This second of a two-part INMR article from 2012, was contributed by Igor Gutman of STRI and Wallace Vosloo of Eskom. It introduced practical field and laboratory experience with different pollution monitoring techniques as well as presented principles to convert from one parameter to another. It also discussed how to use these parameters for insulator dimensioning according to the requirements of the IEC 60815.

Leakage current flowing on an insulator depends mainly on the characteristics of the pollution on its surface as well as its geometry and material. For this reason, measuring and analyzing leakage current can be useful to estimate pollution severity and risk of flashover. Leakage current is usually measured by collecting the current at the ground end of energized insulators. The three most common methods for this purpose are:

The number of leakage current pulses (or surges) exceeding some threshold level can be recorded during a period of time. This is important since the numbers of pulses as well as their amplitudes increase when approaching the last stage of the pollution flashover process.

Accumulated charge measurement is performed in the same way as leakage current measurement. However, instead of focusing on the values of the highest peaks, the signal is integrated to represent accumulated charge – a parameter more related to the ageing process on the insulator’s surface.

Over the years, a number of different pollution monitors to measure leakage current have been developed. Products have ranged from simple surge counters to advanced multi-channel devices that even incoporate integrated meteorological stations. A standard such system typically includes an integrated weather station to record wind speeds and direction, humidity, rainfall, temperature and UV-B radiation. All sampled values are then saved at some user-defined interval, typically every 30 minutes. Recorded data is retrieved using a serial port, which also serves to configure the instrument. Using such advanced devices, insulator researchers have been able to obtain a large volumes of leakage current and corresponding weather data. These have helped to better understand the physics of the pollution flashover process on different types of insulators. 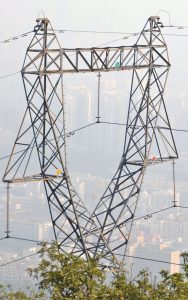 Sophisticated mathematical approaches have also sometimes been necessary. For example, multivariate analysis (MVA) methods has been used since they are appropriate to study and analyze data structured on many interrelated variables. MVA software was successfully tested in an ageing and pollution performance study performed on seven insulators exposed to pollution at the Kelso Test Station (on the Indian Ocean coast of South Africa) and at a former Test Station on the southern coast of the United Kingdom. An example of applying MVA is shown in Fig. 1.

A classical coastal pollution event is characterized by strong wind from the sea followed by some kind of wetting. However, in the case of a silicone rubber insulator, high humidity alone is usually not sufficient to lead to high current. Therefore additional wetting in the form of light rain is usually needed. This conclusion is supported by recording a typical pollution event on a silicone rubber insulator.

Sensitivity of MVA can be very high. For example, during the pre-pollution phase of the pollution event at one Test Station, salt is transported inland by strong winds. The most dangerous wind direction (associated with the four most severe pollution events and leading to the highest currents) has an angle of between 0 and 20° to the shore. This is due to a wall of sand that protects the site from the perpendicular (90°) direction. The description of the pollution event at the Kelso Test Station on South Africa’s Indian Ocean coast is slightly different. During the pre-pollution phase at Kelso, salt comes in not only from the sea but also from the land since wind direction is almost parallel to the coast.

Another practical application of leakage current data would be to convert it into pollution flashover performance curves. This approach was tested by applying STRI’s IST program (discussed in Part 1 of this article) to 10 uniquely different insulators at Eskom’s Koeberg Insulator Pollution Test Station (KIPTS) on the Atlantic coast near Cape Town. Results proved quite reasonable in predicting outage rate compared to actual experience, i.e. number of blown fuses), (see Fig. 2). Results of such field station testing can be used practically well beyond simply assigning a ‘pass/fail’ grade to each insulator tested. For example, they can help estimate the pollution flashover performance of a complete overhead line located in the same area and equipped with these same insulators (geometry and material).

These days, however, many power supply companies are looking for simple and robust systems for pollution monitoring and advance warning in place of complicated ‘research-type’ systems for measuring leakage current. This is because uprating/upgrading existing overhead lines requires accurate evaluation of pollution levels. Indeed, attempts to use the systems described above for this purpose have not always been successful because they are expensive and need maintenance at least once a year. Moreover, there were communication problems in many applications. Therefore, single-channel systems (for peak current only) applicable to both overhead lines and substations are now most in demand and under active development. The goal is to have relatively inexpensive and reliable devices cover large areas and allow data collection and transfer via the Internet.

2.Hydrophobicity Transfer (localized ESDD)
Hydrophobicity transfer (HT) is a measure of a material’s ability to recover hydrophobicity. This process is due to diffusion of low molecular weight species (LMW) in the silicone rubber bulk material through the pollution layer to the surface. These then encapsulate any pollution particles, including salt. Even if the polluted surface appears hydrophilic, part of the pollution layer is penetrated by LMW silicones and effective resistance increases. HT is defined as:

where ASDD is Apparent Salt Deposit Density (or localized ESDD). Both ESDD and ASDD are measured with a small cell filled with deionized water where the bottom is the surface of the polluted insulator. ASDD is measured initially as current through the cell when the encapsulated pollution has not yet dissolved. After 5 minutes or when current has stabilized, the bottom surface of the cell is scraped with a glass rod to set any encapsulated pollution free. This is then the measure of ESDD. This parameter provides a good indication of the ability of a composite insulator to recover under different environments. A compilation of HT values and their spread for different AC and DC silicone insulators is presented in Fig. 3 (high HT is considered > 0.5).

Because relatively few insulators with natural contamination are normally available from service, it would be time consuming to use the standard ‘up-and-down’ testing procedure to obtain flashover voltage. The rapid clean fog test method can then be used instead with the advantage that it is directly applicable to both naturally and artificially polluted insulators. The insulator is tested by consecutive application of voltage until the minimum withstand voltage of the U-shaped curve is obtained. Flashover levels generally decrease before resistance of the insulator starts to increase due to the washing effect. The minimum voltage level obtained is then considered to represent U50%. As a result, only one test is required per insulator, level of pollution and degree of hydrophobicity.

This method is included in CIGRE Brochure 481 (Dec. 2011) and was successfully applied for testing:

This method can be applied to create pollution performance curves to be used in the STRI IST program, as was done for insulators replaced from the Skagerrak and Cabora Bassa DC overhead lines. It can also be used to quantify the ability of a composite insulator to recover hydrophobicity. Such methods are presently under review by CIGRE working group D1.44 ‘Testing of naturally polluted insulators’. The test’s excellent repeatability is illustrated by the results from two different naturally polluted insulators (see Fig. 4).

Recently issued IEC 60815-1 requires accurate site severity evaluation performed over a minimum period of one year to identify the maximum stress level and corresponding site pollution severity (SPS) class. Such a process can then be defined as pollution monitoring and is the starting point in the process of selecting and dimensioning outdoor insulators for service in polluted areas. Although a software program called the Insulator Selection Tool follows the dimensioning process of IEC 60815 and has been verified against experience from the field, accurate pollution input data for this program is crucial. Among the latest trends in pollution monitoring to generate such inputs are:

• Novel as yet not standardized methods that take into account specific features of insulators (e.g. hydrophobicity transfer / localized ESDD in the case of composite insulators);

• ‘Smart’ (time and cost-effective) methods to obtain flashover voltage of naturally polluted insulators, e.g. when only a few test objects are available (rapid procedures). These will be standardized in the future’