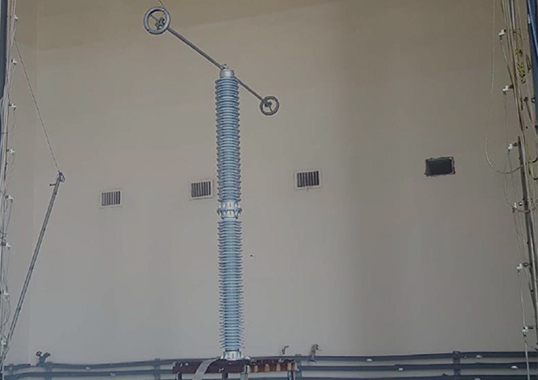 IEC standards for high voltage switchgear and control gear specify that, once the pollution class has been defined, a unified specific creepage distance can be associated with the insulators required. Artificial pollution tests are not needed for insulators having creepage complying with IEC Guidelines but required only if the insulator characteristics differ from those recommended. In that case, artificial pollution tests must be performed according to IEC 60507.

With the goal of verifying the applicability of the indications in IEC Guidelines, results of past tests are reviewed based on reference data obtained in laboratories at sea level. Results of additional testing performed at another laboratory located at 1710 m are also presented so as to obtain data applicable to high altitudes. Additional high altitude tests were made both on single insulators and on a simulated complete disconnector.

In the following paragraphs reference is made to the design for environments characterized by pollution Type B, usually simulated in laboratory by salt fog tests, with severity expressed by the salinity of the pollution solution given in kg/m3. Similar considerations could be made for pollution Type A (with soluble and non-soluble contaminants deposited onto the insulator surface, becoming conductive when wetted) as usually simulated in the laboratory by the solid layer method.

General indications for insulator design for ceramic insulators under AC voltage are given in IEC TS 60815-2. This specification was developed starting basically from data for cap and pin insulators obtained ay different laboratories at sea level, as reported in Fig. 1. This figure gives the USCD (Unified Specific Creepage Distance: creepage distance of an insulator divided by the r.m.s. value of the highest operating voltage across the insulator) versus the pollution salinity in withstand condition (WS – Withstand Salinity).

As evident from Fig. 1, the data presents a certain spread deriving from the fact that cap and pin insulators of different profile (standard and anti-fog) and with different Creepage Factor CF (ratio between creepage distance and arcing distance) are considered. The following equation is proposed for the interpolation of the curve averaging experimental data:

with USCD in mm/kV and WS in kg/m3. The IEC technical specification defines site pollution severity classes, as shown in Fig. 2. Definitions of pollution severity classes as a function of withstand salinity (in kg/m3) see a Reference Unified Specific Creepage Distance (RUSCD) associated to each class, as shown in Fig. 3. Table 2 shows that the RUSCD selected agrees with those evaluated by eq. (1), starting from the average value of WS for each SPS class.

As a simplification, IEC TS assumes that the same USCD values, derived from cap and pin insulator data, are applicable to post insulators with average diameter up to 300 mm (applying a correction factor only for average diameters beyond 300 mm).

Attend the 2022 INMR WORLD CONGRESS in Berlin to listen to a lecture by Marco Nosilati, Technology Leader at GE Grid Solutions in Italy. He will report on indications for correct design based on IEC 60815 as well as results of additional investigations to verify performance of disconnector support insulators of different diameter and creepage factors at different altitudes. He will also introduce application of a real-time monitoring and diagnostics system to optimize preventative maintenance, e.g. performing insulator washing only when necessary. 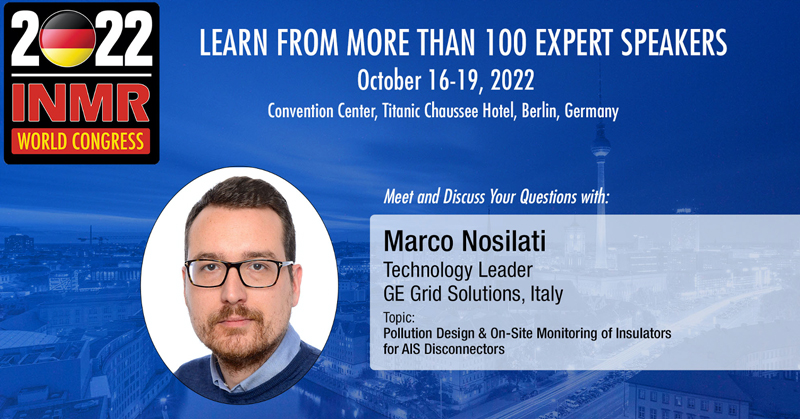 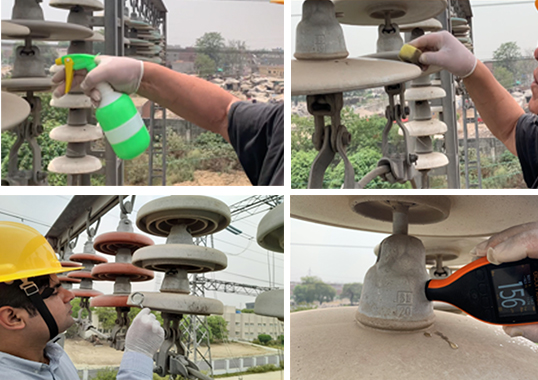 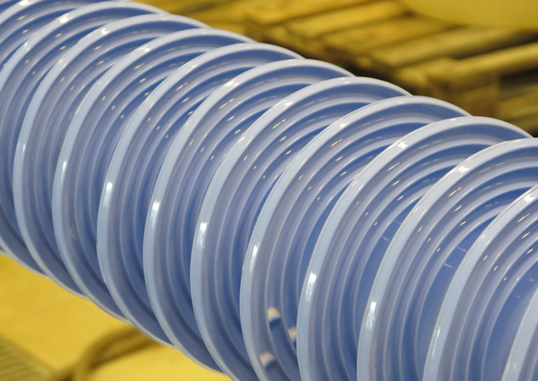