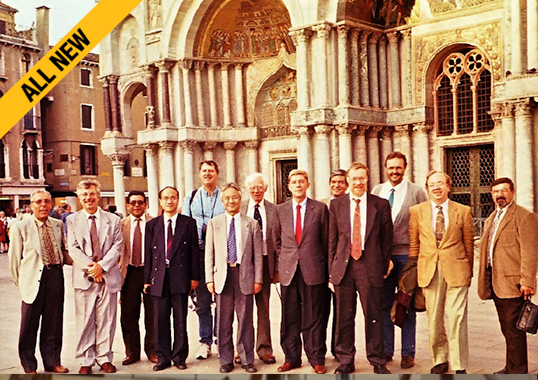 This past year, the world’s high voltage community lost two exceptional individuals who, apart from their unique skills, were also unusually charming gentlemen: Lorenzo Thione and Karl Heinz Weck. Among numerous other activities in the industry, Dr. Thione served as Chairman of CIGRE Study Committee 33 “Power system insulation co-ordination” from 1996 to 2002. For his part, Dr. Weck was always one of SC33’s major contributors but also Chairman of IEC TC 28, Insulation Coordination, from 1996 to 2014. In this role, he was a key link between CIGRE and IEC.

Perhaps the best way to commemorate the achievements of these colleagues is to keep alive the knowledge they promoted and to review the work carried out by SC 33 between 1969 and 2002. Since it’s impossible to cover all the thousands of reports discussed and synthesized into official CIGRE documents, I focus instead on those I recommend most to power engineers involved in insulation coordination. Incidentally, all these documents can be freely downloaded by members from the e-cigre site. Among the main topics in Insulation Coordination that were the target of SC33 over this formative time span were studying the stresses – both electrical and environmental – that act on line and equipment insulation, including system voltage and all types of overvoltages (e.g. temporary, switching, lightning and fast transients).

In regard to electrical stresses, Electra #69-1980 reported on a comprehensive survey of lightning parameters for engineering applications, later updated by Brochure #172-2000. Pioneering work was done to assess switching overvoltage amplitudes by field measurement and calculation with special reference to phase-to-phase overvoltages in EHV and UHV systems (Electra #64-1979) as well as on fast transients in GIS (CIGRE Brochure #35-1989). Among environmental stresses, the major concern for external insulation is pollution. Here, development of techniques and equipment for measuring site pollution were presented in Electra #64 1979 and later updated in Electra #152 1994.

Studying the electrical strength of external insulation represented a major task for SC33. Indeed, important results were achieved in this area based on many tests carried out worldwide, always only on behalf of CIGRE. Among others, these included:

The equipment and techniques employed to assess dielectric behaviour of insulating systems also represented a major commitment for SC33 and paved the way for substantial improvement in IEC 60060. Among the main achievements here was the theoretical and experimental assessment of how large high voltage measuring systems function (Electra #35-1974, 59-1978, 78- 1981, 155-1991, 171-1997).

If stresses have been determined and data and methods are available to estimate related strength, it becomes possible to dimension insulation to minimize risk of failure. Here, the most significant work of SC 33 was concerned with topics such as application of statistical methodology to switching (Electra #56-1978) and lightning overvoltages (CIGRE Brochure #63-1991). Moreover, efforts were devoted to sensitivity of the risk evaluation procedure given the main influencing parameters (Electra #82-1982). Finally, since transient stresses can be limited by protective devices, the work of SC 33 contributed to progress in surge arrester technology (Electra #129-1990, CIGRE Brochure #60-1991).

Thanks to the work of its leaders and WG members, SC33 accomplished several important goals that allowed for more effective and reliable HV insulation. Hundreds of experts from many countries contributed to the process, often devoting freely of their time and reporting results of original ad hoc research and studies made on behalf of CIGRE. It is worth noting that, at the time, power utilities typically invested heavily in R&D and it was common practice to share results of such costly investigations. Within the SC and its WGs, close personal friendships developed, many of which are still maintained today.

With the complete reorganization of CIGRE SCs between 2000 and 2002, Lorenzo fought to defend and preserve the mission of SC33. Unfortunately, the decision was made to disband the committee and sub-divide its competencies among new committees, including SCs C4, D1 and A3. The many expert members who had so efficiently collaborated for years within SC33 were thus spread apart. I hope that key aspects of insulation coordination can preserve the attention they deserve within these new Committees, as would surely have been desired by both Lorenzo and Karl Heinz.

September 14, 2019 Comments Off on Compact HV Lines in Israel