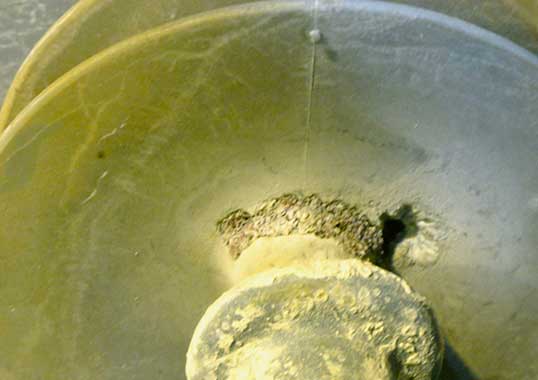 A past meeting of CIGRE Study Committee B2 on Overhead Lines saw discussion on the ‘state-of-the-art’ of composite insulator technology. A spectrum of contradictory case histories was reported, ranging from satisfaction at one end to total dissatisfaction at the other. The only consensus was that there has been a lot of improvement compared to previous designs, which account for most of the unsatisfactory experience. But some experts went further, claiming that the reliability of the latest generation of composite insulators (the 5th for some suppliers) is essentially the same as for ceramic types.

So, one might well ask: why is that over 50 years after being introduced, there is still lack of agreement on whether composite insulator technology has reached maturity or indeed will ever offer a valid alternative to ceramic insulators?

Composite insulators offer a number of well-recognized advantages, however – contrary to what was promoted originally – they are not ‘indestructible’. Therefore, to ensure performance comparable to or better than that expected of ceramic insulators, great care must be taken in their specification, handling and installation. In fact, failure analysis of most reported problems with these insulators showed that these were due to deficiencies in specification and selection from the electrical point of view. Electrical design of composite insulators should not be made looking solely at their flashover performance during short-term tests but rather must be based on risk of surface degradation from partial discharges which, over the long term can cause tracking, erosion and eventual failure.

This is a critical shortcoming since composite insulators are vulnerable to damage should there be such continuous partial discharges and arcing activity on or near their surfaces. For example, many of the documented failures have been due to insulators being installed without suitable shielding electrodes to limit electric field gradients near their high voltage end (and even at their earth end in the case of very high system voltages). Similarly, failures have sometimes been the result of inaccurate estimation of the real pollution service environment by users.

CIGRE Brochure 142-1999 explains that experience from laboratory ageing tests as well as field trials has confirmed that there are three classes of leakage current on composite insulators under normal wetting conditions:

a. a low-value, highly intermittent class;
b. a relatively high average current of a few mA, but far from values typical of pre-flashover conditions;
c. a high current value class (i.e. some hundreds of mA) indicating that the insulator is nearing flashover.

While ceramic insulators are designed looking mainly at the ‘c type’ class of leakage current, composite units should be designed instead taking ‘b type’ currents into account. In fact, research has indicated that while class ‘a’ currents have little influence on long-term performance, class ‘b’ currents can lead to tracking and erosion – and possibly permanent failure. As a result, there should always be sufficient design margin between withstand severity and actual environmental pollution whenever selecting composite insulators. The critical need is to limit leakage current over the full service life taking into account the possible influence of service stresses on surface hydrophobicity and wettability.

Therefore, in the case of composite insulators (either AC or DC), the conventional approach based on pollution classes as defined in IEC 60815 is not recommended. Rather, to assure satisfactory service performance, a statistical approach must be made that accounts for both environmental parameters and specific insulator characteristics. In particular, specification in terms of required creepage distance alone is not sufficient. For example, the efficiency of a profile may become low if too much creepage is forced on a given arcing distance. Indications as per IEC 60815 should ideally be regarded more an ‘orientation tool’ but not a substitute for the information that comes from testing. For those composite insulators already installed on lines and where it is too late to change specifications, diagnostics based on measuring leakage current along selected units can help identify any insufficiency in design and trigger washing should average leakage current values reach the destructive class ‘b’ type.

While only the aspect of electrical design is considered in this column, suitable specification from the mechanical point of view is of course also important and possibly even more so than for ceramic insulators. Again, many reported failures, especially on recent generations of composite insulators, have been due to inaccurate mechanical specification or by mishandling and installation practices that do not take into account the permanent damage that can occur.