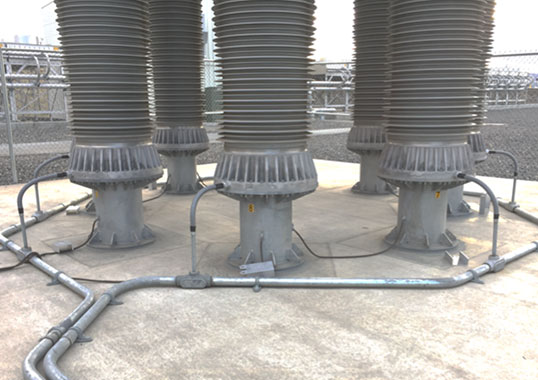 The term ‘Smart’ has become common when describing a device offering some level of intelligence and introduction of a self-diagnostic capability to station post insulators therefore justifies referring to them as ‘Smart Insulators’. One of the pioneering applications in this regard has been monitoring functional parameters that confirm structural soundness of insulators immediately following a traumatic event, whether earthquake, explosion or accident. Being able to rapidly assess an insulator’s structural integrity allows appropriate actions to be taken right away.

This edited contribution to INMR is by Kamran Khan of Trench in Toronto Canada, Karl Mitsch of Bonneville Power Administration in Portland, USA, Jens M. Seifert of Reinhausen Power Composites in Regensburg, Germany and Eric Moal of Reinhausen France in Cusset. Their work introduces the concept of Smart Insulators and reviews practical applications for this technology as already accomplished by organizations such as Bonneville Power Authority, ABB, Trench and Reinhausen Power Composites.

Porcelain station post insulators can experience catastrophic failure when overstressed. Such failures are normally immediately visually apparent by brittle fracture of the porcelain body. By contrast, structural damage sustained by a composite hollow core insulator, such as cracking of its tube or unbonding of its bolting flanges, is not so easy to detect because the non-structural sheath of silicone sheds generally obscures such failures. In addition to visually undetectable failures, there may also be failure of the fittings, however these can normally be observed. Common to all undetectable failure modes is that they are integral to gas pressurization. As such, monitoring gas pressure within a hollow core station post insulator allows its mechanical integrity to be extrapolated.

The hollow core of a composite station post insulator must be filled to displace potentially moisture-laden air from the cavity. Use of gas to displace air eliminates possibility of condensation, which, if formed over a sufficient area, can reduce insulator dielectric performance. For example, Reinhausen Power Composites has chosen nitrogen as a filling gas since it is inert, relatively safe, cost effective and environmentally non-intrusive.

One common misconception is that a composite hollow core station post insulator is filled with an insulating gas such as SF6. This is actually a fallacy since the gas in this case does not require insulating properties but rather only serves to displace air. In theory, any filling gas pressure above 1 bar is sufficient to prevent air ingress into the cavity of the hollow core composite insulator and therefore 1 bar is termed the ‘critical pressure’. Nonetheless, Reinhausen Power Composites recommends filling its composite hollow core station post insulators to a minimum of 3 bar so that a buffer exists above the critical pressure.

In principle, any pressurized vessel is subject to possible leakage. Since the presence of a filling gas is important to performance of a composite hollow core station post insulator, it is prudent to monitor pressure. Given an enclosed volume of gas, pressure of the gas in such a station post insulator is subject to Boyle’s Law and is temperature dependent. Pressure readings must therefore be correlated to temperature for the purpose of comparison.

Gas monitoring can be performed with conventional manometers attached to each insulator. But manual pressure readings and making the necessary temperature corrections, followed by recording and analyzing data, can be time consuming and thus limit reasonable monitoring intervals. A further complication is management of large volumes of data such as when many insulators are involved. Consider, for example, that at only one installation at Bonneville Power Administration, a total of 32 insulators need to be monitored. Therefore, an Integrated Smart Module (ISM®) is employed to facilitate data collection and processing. The ISM® is a multifaceted data acquisition system developed by Reinhausen Power Composites specifically for substation applications. For a Smart Insulator application, the system is configured with the following major components:

• A pressure transducer at each hollow core composite insulator;

• An ISM® housed in a weatherproof cabinet in close proximity to the composite hollow core insulator being monitored (note that each ISM® can collect data pressure from up to 16 insulators);

• A conduit system linking the aforementioned components, containing power source to the pressure transducer and an analog signal system to the ISM®;

• Optionally, a dedicated communication line from the ISM® to any remote monitoring station within the substation.

The user has different possible ways to access ISM® data. For example, it can be viewed via a touch display at the cabinet housing the ISM®. Data can also be accessed wirelessly via an account-controlled web browser. Moreover, with the optional data communication line, information can be viewed on a device with whatever proprietary software is installed at any hard-wired location.

This system has an algorithm that stores the data, applies the temperature correction and interprets the resulting pressure. It then graphically lets the user know the status of each individual insulator, in real time, as being:

Beyond immediate status of the insulators, the software can plot the pressure vs. time relationship (see Fig. 3) so that rates of loss after some catastrophic event can be determined. This facilitates development of appropriate response action plans, e.g. does the insulator require immediate action or can it remain in operation for some prescribed period? Such capabilities can aid a utility’s disaster recovery plan and be beneficial in achieving the goals mandated by regulatory requirements (e.g. FERC/NERC CIP-014). Monitoring of pressure is passive in nature and does not directly control functionality of the equipment mounted upon the composite hollow core insulator. As such, there is no danger of illegal access (i.e. ‘hacking’) to the ISM® system leading to compromised equipment operation.

The Pacific Intertie transmits electricity from the Pacific Northwest to Los Angeles and Bonneville Power Administration’s (BPA’s) the recently updated, modern Celilo Converter Station is the northern terminal in this HVDC link. Among the equipment needed for this upgrade by ABB were new HVDC smoothing reactors. Since the west coast is seismically active, earthquake resilience was a major consideration for equipment upgrades and BPA mandated that IEEE 693 ‘Moderate’ seismic qualification level was required. In terms of ground accelerations, this qualification level corresponds to simultaneous application of 0.25 g in each horizontal axis and 0.2 g in the vertical axis. In terms of a conventionally mounted air core smoothing reactor, the seismic design is challenging for two reasons:

1. Since the entire reactor is at an electrical potential, the reactor must be supported upon insulators, which means that the resulting seismic loads generated typically produce large bending moments at the base of the insulators. In this application, the insulator creepage and impulse requirements dictated an insulator length of over 4m;

2. Since seismic loads are proportional to mass, the relatively large mass of a smoothing reactor (in this case 70,000 lbs) means that the resulting earthquake loads are significant relative to the lateral (or cantilever) resistance of station post insulator technology.

• The dimensions and material characteristics of the core’s fiberglass material properties can be selected so as to optimize a low frequency response,

Trench working together with Reinhausen Power Composites developed a solution, which met all of the mandated requirements. The reactor’s structure is supported by eight custom-made single piece hollow core composite station post insulators.

The resulting station layout consisted of four air core reactors, each one supported upon eight hollow core station post insulators. Each pair of reactors are connected to an ISM®. The requirement of using two ISM® systems was dictated by the physical distance between each pair of reactors. BPA exercised the option to have both ISM®’s hardwired to a central control room.

Interestingly, no formal requirement spurred development of the smart insulator. Rather, the idea evolved as all invovled parties realized that the pre-existing pressure monitoring system could be enhanced and utilized as a warning system for operational and structural functionality of the composite hollow core station post insulators. As with introduction of any new technology, lessons were learned. Commissioned in January 2016, several teething challenges arose relatively early:

• Cabling Issues
By May 2016, it was observed that momentary nuisance anomalies were occurring on specific insulators and diagnosed as being false readings. This phenomenon was traced to loose connection leads to the pressure transducers. The leads were retrofitted and false readings were eliminated.

Given the above cabling issue, there was increased concern about the robustness of the wiring system between insulators and the ISM® with respect to withstanding harsh winter conditions. The system was therefore retrofitted with a guarding designed to offer better protection against falling ice, accumulated ice and snow and incidental contact by maintenance personnel.

By November 2016, a suspected minor pressure loss was detected on one insulator and follow-up investigation concluded that the leak was due to a pressure transducer. Novel stabilization methods were then developed to maintain functionality of the insulator until this was repaired. Proactively, all pressure transducers were replaced and upgraded to a new design that eliminates such risk.

Changing the pressure transducers opened the door to also improving the user interface and situational status through intuitive graphics. All these remedial measures were carried out during scheduled outages and therefore did not compromise substation reliability. Since October 2017, when all the above ‘teething’ problems had been resolved, the Smart Insulator system has been operating in a correct and stable manner. 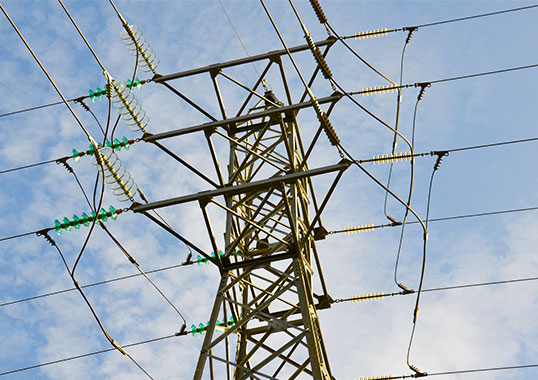 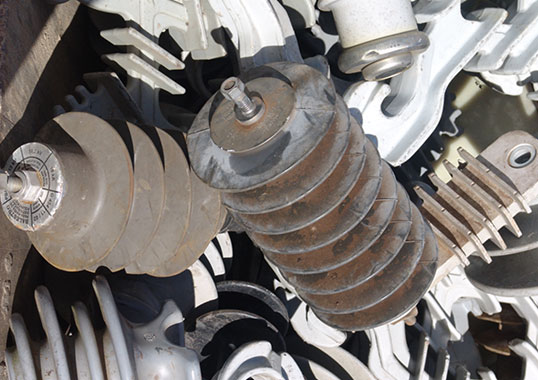