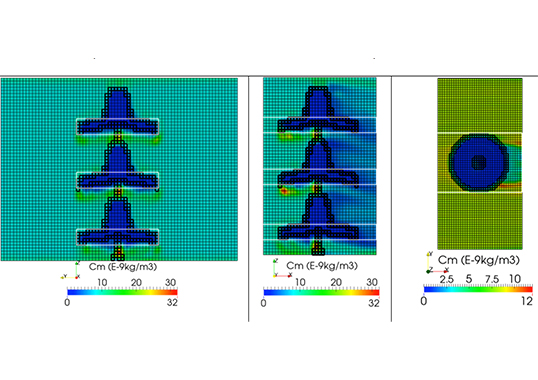 On a late September evening about 20 years ago, South Sardinia in Italy was hit by a widespread power disruption. It had been unusually hot and not rained for weeks when suddenly the air became impregnated with humidity due to winds from the sea. The outage turned the night shift for network supervisors in the control room in the capital city of Cagliari into a nightmare: line protections tripping out one circuit after the other along the island’s entire extra high voltage backbone and all power plants disconnecting. Repeated attempts to reclose were not successful and the blackout became permanent. Emergency crews were alerted and quickly inspected lines to identify the cause. In no time, it had become evident that the culprit was surface pollution on insulators.

Persistent high atmospheric pressure over the region had limited exchange of air such that pollution from a large local refinery was not dispersed into the atmosphere but remained. Moreover, the resulting build-up of heavy surface contamination on insulators had not been washed away by periodic evening rains, which had been absent for all of August and the first weeks of September. Subsequent analysis of climatic conditions carried out using the MERIDA database revealed that mistral winds characterized most of September before a sudden change in direction, shifting to sirocco just prior to the event. High humidity, linked to these sea winds triggered multiple flashovers across line insulator strings. Emergency washing of lines and stations insulators was immediately carried out and the situation began to improve progressively, with some circuits back in service by next morning.

But a key lesson had been learned. This event clearly confirmed the known vulnerability of that part of Italy’s electrical network to this type of pollution event. It was therefore suddenly vital to maintain and expand research, testing, monitoring and modeling activities to better understand and prepare for this threat. Moreover, this work was needed not only for Sardinia but also for the Italian Peninsula so that the most suitable corrective measures could be identified and implemented.

Insulation contamination and its effects on performance of power networks worldwide first gained importance during the 1970s due to growing levels of continuity and quality of service. ENEL, the vertically integrated national electricity company in Italy at the time, gained initial awareness of pollution phenomena by studying events that had affected CEGB lines and that had caused nearly 300 faults over 2 months (and 90 in only 2 days). Around the city of Milan, for example, pollution events numbered in the tens each winter. This helped raise awareness of the need to understand the physics of the problem, identify and characterize the driving forces as well as the test methods needed and adopt suitable protective measures. A preliminary pollution map was drawn, based on service experience, frequency of cleaning operations, visual observation and other considerations (see Fig. 2).

Marine and industrial pollution areas were identified only around important cities and along a limited portion of coastline. To further elaborate on the extent of insulator pollution problems, test stations were built in representative areas, such as close to heavy industry in the North or near the sea in the South. These test stations were equipped with directional gauges to capture particles transported in ambient air and also equipment to monitor surface conductance of pilot insulators, flashover of insulators under test, leakage current data, etc. Operation of these test sites, combined with experience testing insulators taken from service and a countrywide campaign of measuring ESDD on overhead distribution lines, allowed the first revision of this pollution map.

Attend the 2022 INMR WORLD CONGRESS in Berlin to listen to a lecture by Michele de Nigris, a Director at RSE in Milan, who has devoted years to a first hand understanding of how pollution can impact resilience of power systems. He will discuss good practice derived from key lessons since insulator contamination was first identified as a threat and will also present developments to prepare for and combat this threat, as carried out in collaboration with Terna, the Italian transmission system operator. 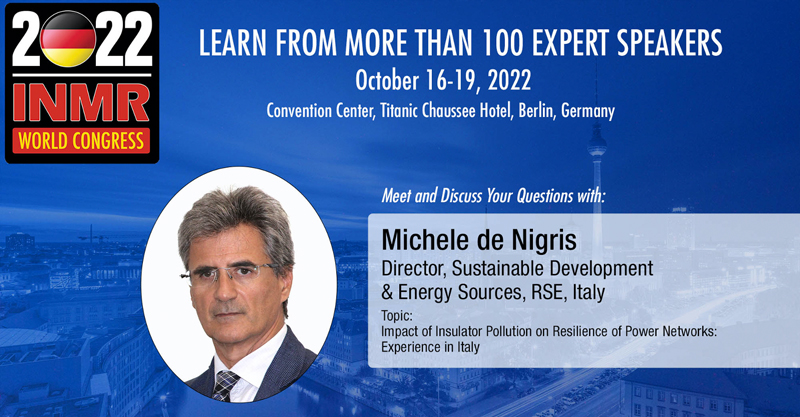