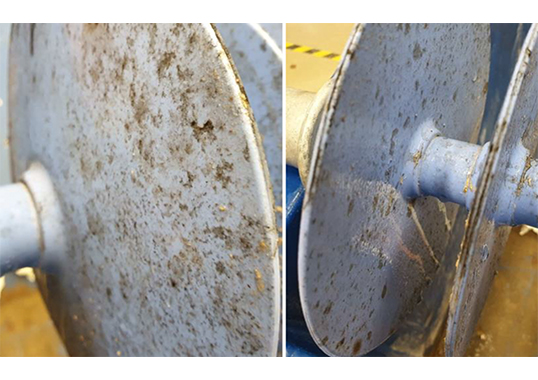 Fingrid, the TSO in Finland, has been using composite insulators at substations and on transmission lines for roughly 20 years and service experience has not shown serious issues. However, biological growths have started to be observed on some of these insulators. Although these have been washed away according to supplier instructions, there is still no clear understanding of potential impact on performance as well as what should be done to ensure the reliable function of these insulators. To address this issue Fingrid took part in an R&D project in cooperation with other European TSOs. The work consisted of a combination of literature review, laboratory testing and field inspections. The aim was to propose good practice and recommendations on how best to manage biological growth on composite insulators from the risk of flashover and ageing points of view. Another objective was to determine whether periodic cleaning is necessary and, if so, to identify the most practical methods for cleaning. Finally, the project sought to identify special material additives that might inhibit or prevent biological growths.

Fingrid owns and operates 400 kV and 220 kV grid including cross border connections to neighboring Estonia, Norway and Sweden. Fingrid also owns and operates about half of the 110 kV grid, the remaining part owned by regional distribution companies and energy-intensive industrial companies. Fig. 1 shows the composition of Fingrid’s grid assets. Due to geography, there are several long south-north transmission links (Fig. 2). On top of the AC grid, there are two HVDC connections to Sweden and two to Estonia. Fingrid also owns and operates emergency reserve power plants. Due to green investments in Finland involving a huge increase in wind power capacity, assets will grow rapidly over the next decade. In fact, some 3000 km of new 400 kV line will be constructed meaning a huge increase in the current number of insulators.

Fingrid has observed biological growths on composite insulators on series capacitor banks (i.e. on varistor insulation) in two locations. While these growths have not caused problems and have been washed away, there have nonetheless been related maintenance outages. Growths have also been observed on DC transformer bushings in one location and on a disconnecting circuit breaker (see Fig. 3). Again, no issues have arisen due to these situations.

Attend the 2022 INMR WORLD CONGRESS in Berlin where Fingrid Transmission Maintenance Manager, Mikko Jalonen, will give a presentation that reviews results from a major research project to assess how best to manage biological growths. He will also explain the value gained for Fingrid as a TSO from an asset management perspective. 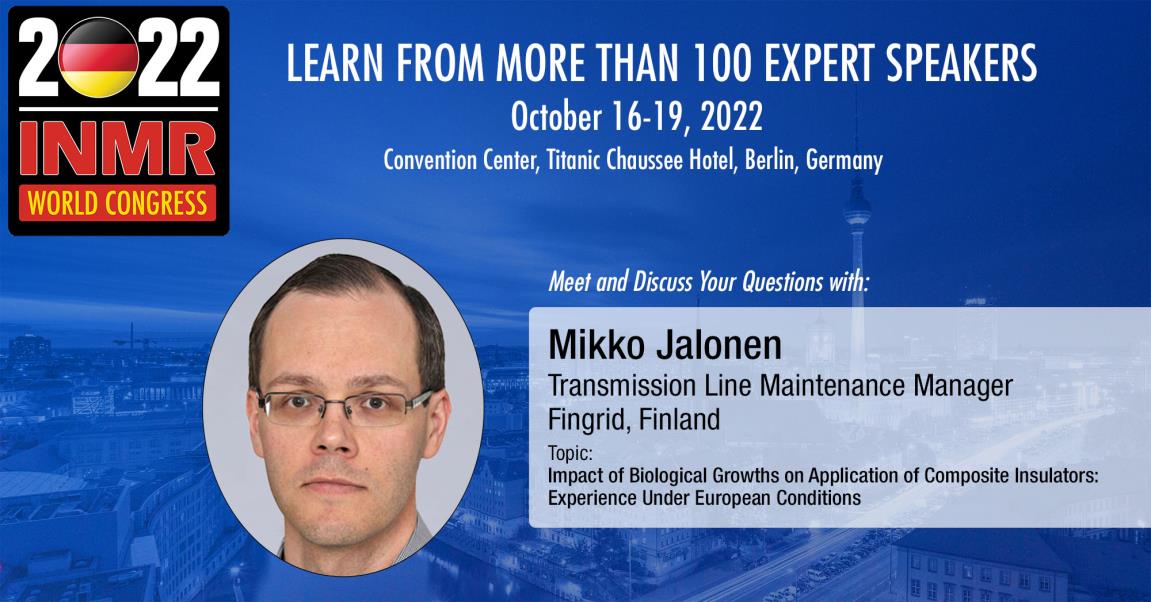