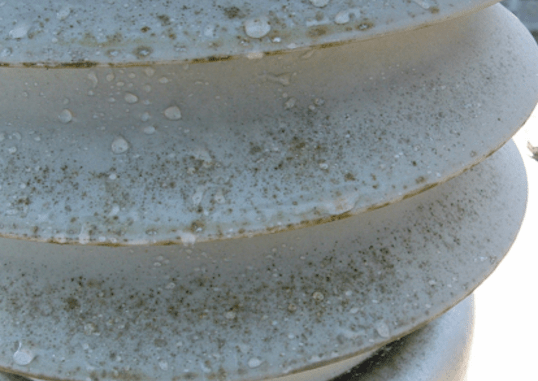 Over the past years, as application of hollow core composite insulator technology has skyrocketed, there have been reports of mold and other biological growths appearing on their silicone rubber weathersheds. Is there cause for concern if this occurs on a composite hollow core insulator and, if so, what is the proper way to deal with the problem? Incidentally, the presence of mold and other biological contaminants on insulators is not necessarily limited to silicone rubber types. It can develop on porcelain as well. The only reason users would be more concerned to see it in the case of silicone is because of a perceived threat to the material’s key properties of hydrophobicity transfer and recovery.

One example of an extreme case of mold growth on silicone hollow core insulators took place in the mid 1990s at a U.S. utility operating on the western coast of Florida. The service environment there was characterized by high temperatures and humidity, providing an ideal environment for microorganisms to thrive. Air-borne pollen had apparently become deposited on the surface of silicone-housed bushings of a 230 kV dead tank breaker. This pollen then served as a food source for a colony of mold that ultimately affected not only some of the bushings but also the steel tank of the breaker itself. Photos of the affected sheds on the most contaminated of these bushings looked quite striking, with areas of thick mold growth. Not knowing what impact this might have, engineers at the utility inspected the bushing visually for signs of cracking or other surface damage that might have resulted from the presence of the mold. Seeing no evidence of this, the next step involved electrical tests under both dry and wet conditions (at up to 200 kV DC across the bushing), to find out how the mold growth had affected leakage current. Indeed, the results showed a dramatic increase in leakage current under wet conditions. This suggested that leaving the mold problem unresolved would not be prudent.

The bushing was therefore cleaned using high-pressure water and de-natured alcohol, following which it was sprayed again with de-ionized water. Tests were then conducted to see the impact of cleaning on the silicone rubber’s hydrophobicity. Results confirmed that hydrophobicity levels returned to normal, with ample evidence of water beading. The clean bushing was then re-tested electrically and it was found that leakage current dropped significantly. According to engineers at the utility, this confirmed the wisdom of not leaving the mold growth unattended but instead removing it. Several years after the problem first appeared, the affected bushings were reported to be operating without any further mold problem, no evidence of degradation and no apparent loss of intrinsic hydrophobicity. Based on this and similar experiences elsewhere, it can be concluded that the presence of biological organisms such as mold on the surface of silicone rubber does not pose a serious threat to a hollow core insulator in terms of permanent damage or premature ageing. However, depending on its severity, it would seem advisable to remove the mold through cleaning. 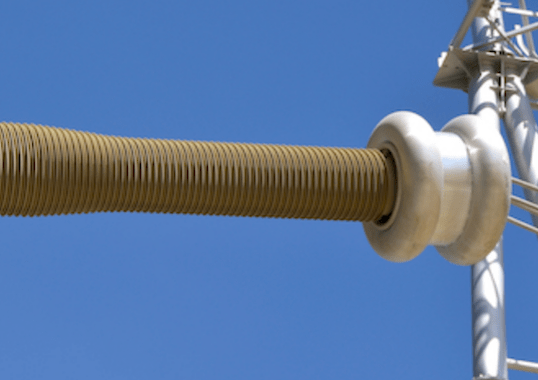 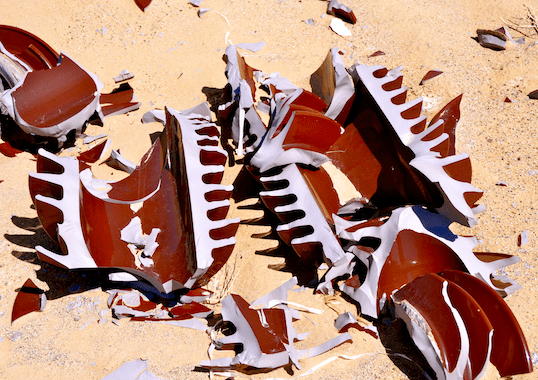 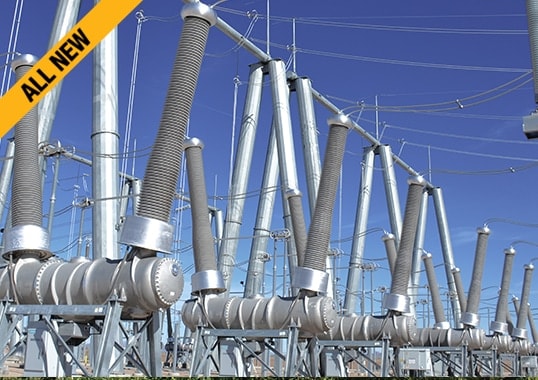