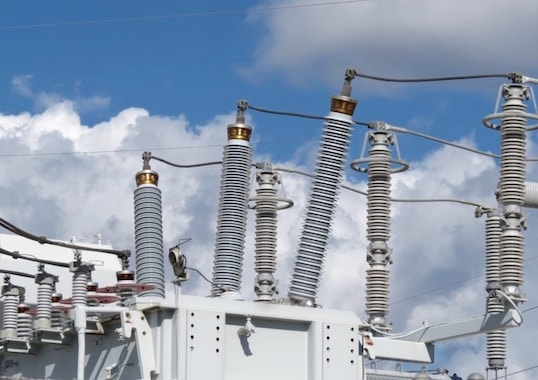 Station class arresters since 1980 have been based around various types of metal oxide varistors. Despite having been designed to withstand most power system surges, it is still possible for these varistors to become overloaded or fail such that fault current will flow through the arrester core. But since this is an expected event over the life cycle, the arrester is designed to both conduct and withstand fault currents at significant levels and not fracture violently risking collateral damage to nearby equipment. In contribution advises how best to assess if arresters are appropriately rated for the system to which they are being applied. Below are concepts that must be noted beforehand:

As with all critical arrester parameters, fault current withstand capability is verified by testing at high current laboratories. The relevant test procedure is found in IEEE C62.11 as well as IEC 60099-4, last modified in 2009, and is one of the arrester tests that are identical in both. To determine fault current withstand capability, the fundamental test procedure is to apply the specified fault current to the arrester, which is expected to take this current for the full duration without interruption. The arrester is permitted to fracture but parts cannot be expelled beyond a limit equal to a circular area with a diameter twice the unit’s height. Per both standards, all arresters must have a fault current or short circuit rating and must be tested at two or four current levels depending on their design. Arrester design A has substantial internal air volume while design B has no measureable internal air volume. The test currents most often used for design A station class arresters are: 63 kA, 25 kA and 12 kArms for 12 cycles and at 600 amps +/- 200 ampsrms for 1 second (peak levels are plotted in the graphic.) Design B would typically be tested only at 63 kA and 600 amps.

To help understand how to apply fault current test results, an Arrester Fault Current Withstand Curve shows the currents at which arresters are tested in the standards. The chart is divided into three zones – Elevated Risk of Violent Rupture, Low Risk of Violent Rupture and Unknown – that describe what might happen if an arrester is subjected to these fault current amplitudes and durations. End of life performance with respect to fault current can then be assessed by plotting expected fault current at the arrester’s location and analyzing the zones this passes through. The plot shows the fault current experienced by two arresters – both certified to 63 kA short circuit capability – from two different circuits and compares how the arresters react to fault current based on location. The green curve represents the fault current experienced by a switchyard arrester with 17,000 peak amps that is interrupted in .0028 seconds; the blue line represents the fault current an arrester at a generator substation might conduct during an end of life event. The current is not interrupted in this case but decays as the generator slows down. For the switchyard arrester, it seems that the arrester should perform well and not rupture from the event. By contrast, the performance of the arrester at the generator station would be questionable and perhaps the supplier should be consulted since it passes into the zone of high rupture risk. As seen from these examples, what may seem a simple ‘yes or no’ proposition can sometimes prove more complex. 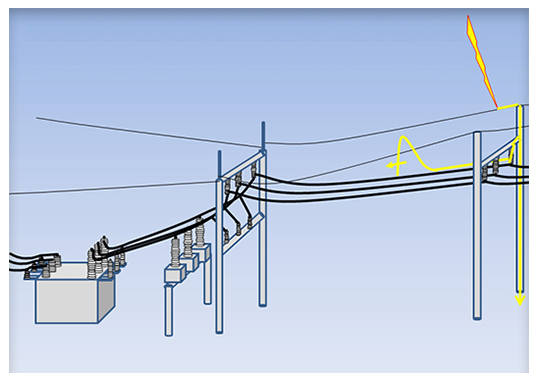 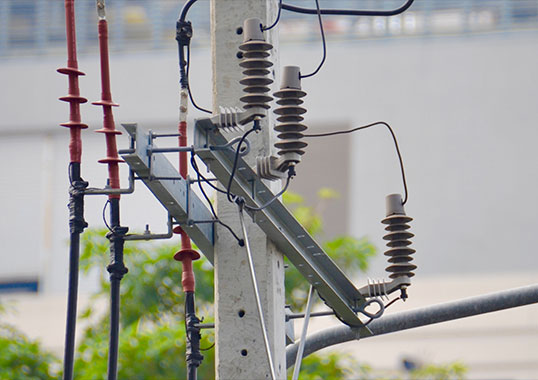 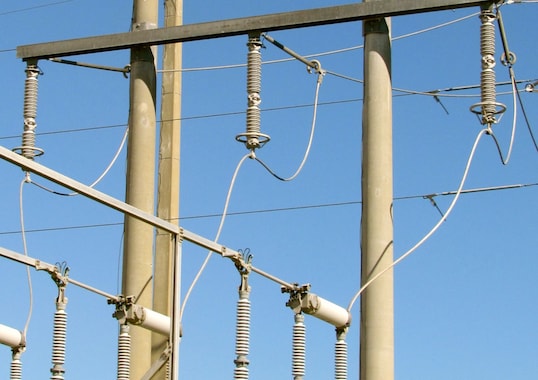