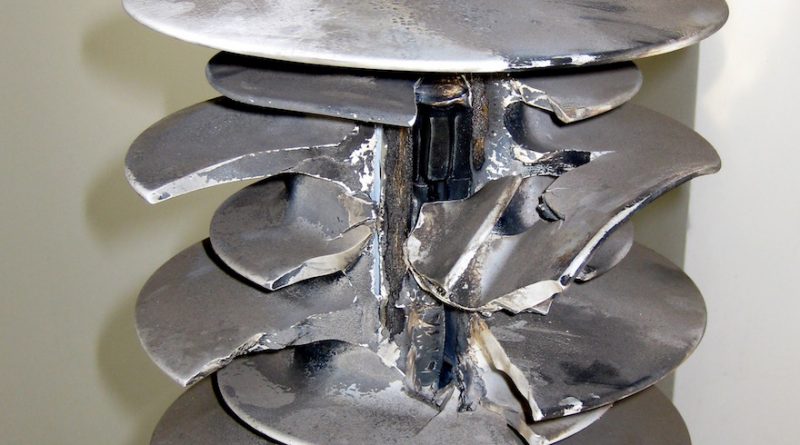 Modern surge arrester designs utilizing metal-oxide (MO) varistor blocks are generally reliable components with very low failure rates. For example, one recent survey estimated this at only about 0.1% per year for distribution arresters while failure rate was even lower for station class arresters. Since an arrester’s primary function is to protect other equipment under all situations, a slightly higher risk of failure compared to other apparatus would seem acceptable. Indeed, the basic philosophy is that arresters should always fail first and, as such, prevent damage to much more expensive equipment. Still, among both manufacturers and users, it is extremely important to ensure that, if overloaded, arresters will always fail in a ‘safe’ manner.

In standardization work leading up to IEC 60099-4, great effort was devoted to establishing proper test procedures for short circuit testing of arresters. Such tests verify that pressure from an internal fault arc does not lead to violent shattering or to ejection of varistor fragments outside a prescribed area or to a fire that does not self-extinguish. The goal is to eliminate any safety hazard to personnel and also reduce risk of collateral damage to nearby equipment. In practical terms, this means that an arrester’s design must be capable of releasing the overpressure as well as the arc plasma as soon as possible, e.g. expelling the arc from the arrester body within only some 1 to 2 ms.

When polymeric arresters were first introduced some 35 years ago, manufacturers were quick to claim superior short-circuit performance compared to traditional arresters with porcelain housings. This was due to the fact that the new arrester designs did not have an enclosed volume of gas nor a brittle housing material. It was therefore assumed that there would be never be risk of dangerous scattering of material. With field experience, however, it came to be recognized that certain precautions were still necessary to ensure that there would be no risk of explosive behaviour under short circuit.

Short circuit tests on high voltage arresters present a challenge for two reasons: first of all, very large short circuit power is needed to maintain a fault arc of significant length at rated fault current. A supply voltage not far below the rated arrester voltage is necessary in order to avoid suppression of the test current by the voltage of the fault arc. As a rule of thumb, a housing length greater than 1.5 m and a voltage below 77% of the rated arrester voltage are critical in this regard.
A second challenge in testing is initiation of the fault. Polymeric arresters have little to no space between their housing and the metal oxide blocks (i.e. ‘Type B’ in the standard) and must therefore be pre-failed electrically. This implies pre-conditioning the arrester with a high voltage circuit until conductivity increases to the point where it can conduct a current of up to 30 A. Then, within only 15 minutes, the circuit must be changed over to high current. Such short changeover time is necessary because the arrester blocks must not be allowed time to cool and lose their conductivity at the moment the short circuit is applied. The fast transition and the correct measurement of current from mA (during the pre-failing period) to amperes (in the failing phase) to many tens of kA (in the short-circuit phase) is of prime importance. By contrast, for ‘Type A’ arresters with more than half their volume filled with gas, arc initiation during the test is done by means of a fuse wire in a channel drilled through the blocks.

A non-standardized and considerably more severe hazard for arresters is failure in series capacitor banks. In such cases, in addition to the power-frequency fault current, a fast and extremely large current will discharge the capacitor bank through the faulted arrester. This situation was verified in a test laboratory using type A arresters with 255 kV protective level intended for use in an 800 kV series capacitor bank. A complete capacitor bank was constructed for the tests, able to supply 450 kA of discharge current at 3 kHz. In a synthetic test circuit, such current is initiated by a triggered spark gap superimposed on a 60 Hz current of up to 32 kA from a large generator. The main challenge during testing was in the voltages induced by the capacitor bank discharge current since, at this discharge level, almost 10 kV is induced in every meter of conductor. Only after complete electrical and physical isolation of the test circuit from the laboratory’s secondary and earthing systems could the voltages induced in laboratory equipment be reduced to acceptable levels.

In this case, the polymer-housed arrester design being tested was able to relieve the thermal arc stresses in a controlled and safe way, with only venting diaphragms and light plastic parts found outside the prescribed enclosure. During standard station arrester tests, application of a fuse wire through the center of the MO blocks leads to fractured resistors and the added capacitor discharge causes complete pulverization of the blocks.

The Case for Reliable Sensors

February 9, 2019 Comments Off on The Case for Reliable Sensors

Replacing SF6 is Switching How We Think of Transmission