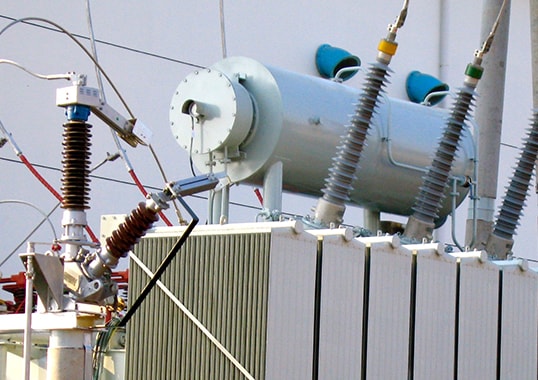 The purpose of a transformer bushing is to safely transfer power through the earthed transformer tank. OIP and RIP type bushings have been the industry standard for years and have performed satisfactorily. However, as transformer assets age, paper deterioration in originally supplied bushings can cause them to fail, sometimes with catastrophic results. RIS, the acronym for Resin Impregnated Synthetic, is the generic industry terminology for dry, paperless bushings developed to overcome problems linked to OIP and RIP bushing technologies. One supplier has developed its own such technology, trademarked RIF®, for Resin Impregnated Fiberglass. While this bushing falls within the RIS category, it is nonetheless a distinct, mature technology introduced in 2003 and having thousands of units installed worldwide. The RIS bushing, by contrast, was only introduced in 2014.

This edited contribution to INMR by Eric Euvrard and Robert Middleton of RHM International in the United States explains distinctions between RIF® and RIS bushing technologies and discusses why there is growing movement among users towards this range of silicone insulated, dry and paperless condenser bushings.

Resin-impregnated synthetics bushing RIS bushing in which the major insulation consists of a core wound from synthetics subsequently impregnated with a curable resin.

Note 2 to entry: If not otherwise stated by the manufacturer, bushings in accordance with 3.11 shall be considered as RIP bushings according to 3.10.

RIF® wall bushings and transformer bushings were first developed during the early 2000s for voltage levels ranging from 35 kV to 220 kV and currents up to 6000 A. With recent development of 420 kV and 550 kV ratings, these transformer bushings are now available in voltage ratings from 15 kV to 550 kV and for currents up to 6000 A. Main development milestones for this technology include:

As discussed, the RIF® bushing utilizes a finely graded condenser design and core insulation composed of fiberglass impregnated with epoxy resin wrapped between capacitive screens. The outer insulation is silicone rubber sheds adhered directly to the condenser core and ensuring no gap or opening in the bushing’s structure. This eliminates need for filler fluid or material.

Electrical field is controlled by the finely graded capacitive core that ensures linear surface potential from conductor to grounded flange (100% to 0%) and also improves resistance to flashover. In addition, thermal insulation strength of the resin-impregnated fiberglass is IEC Class B (temperature limit rating of 130°C). This gives the bushing a larger thermal margin than other dry, paperless types. For example, the latest 2019 CIGRE report on Transformer Bushing Reliability from WG A2 lists RIS bushings as Class E (120°C). Finally, relatively simple manufacturing, which consists primarily of wrapping and heat curing, ensures minimum internal stresses in the capacitive core that might impact operational life. Simplified manufacturing also means that custom-made designs can be produced with lower impact on cost and lead-time. The RIF® bushing also has low routine test values for dissipation factor (≤ 0.5%) and partial discharge (≤ 5 pC under operational voltage and ≤10 pC under highest operational voltage). Special testing has been performed to simulate extreme service and operating conditions and has confirmed the safety and reliability of this technology. Examples of extreme testing include:

Like RIS styles, RIF® bushings are considered maintenance-free. During operation, no oil level measurement or chromatographic analysis is necessary nor is detection of moisture ingress. To eliminate need for off-line testing of bushing insulation, the RIF® bushing can be supplied with an optional built-in insulation condition monitoring system that detects changes in capacitance current due to failing capacitive screens (see Fig. 7). An LED sensor mounted on the test tap (see Fig. 8) is normally GREEN indicating normal status but will turn RED should there be possible deterioration inside the bushing. RED is a pre-alarm but does not require immediate attention since tests have shown that fault propagation inside this type of bushing is a slow process.

In addition to real time tracking of insulation condition, the capability to record partial discharge activity inside an operating transformer can be added by equipping the smart measurement terminal of each bushing with a special PD sensor. This provides a full monitoring platform for the transformer. Finally, no special long-term storage conditions are required and such bushings can be shipped horizontally in crates and stored similarly outdoors.

Dry type (non-oil), paperless condenser bushings are known in the industry as RIS bushings. To move away from the risks associated with oil and paper in bushings, more and more users are specifying RIS bushings for their power transformers. When selecting an RIS bushing type either for new transformer requirements or for OIP bushing replacement, it is important to consider the performance record and design flexibility of this technology. RIF® bushing technology was the first paperless condenser bushing, introduced in 2003 and with over 22,000 units in-service worldwide. It can therefore be regarded as a mature technology that has also been extensively tested for extreme operating conditions. 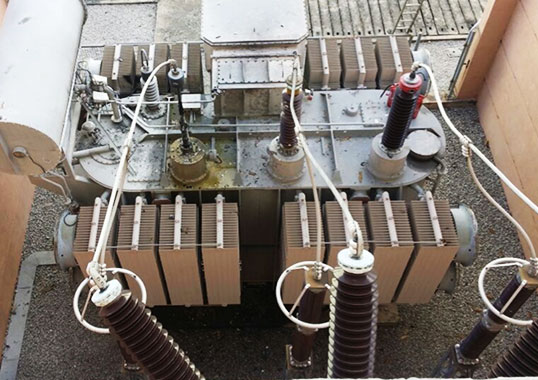 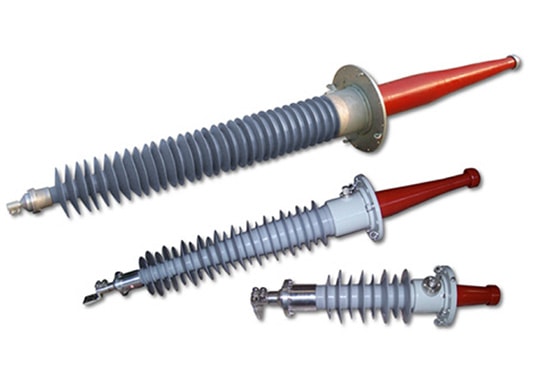 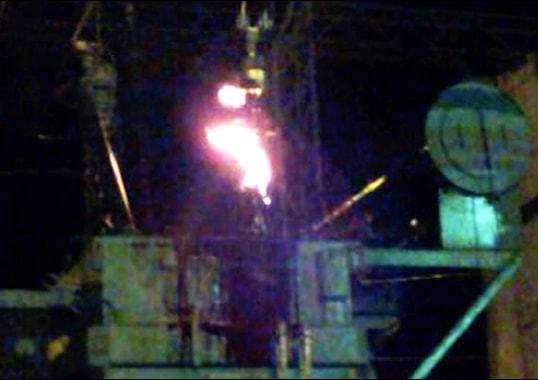 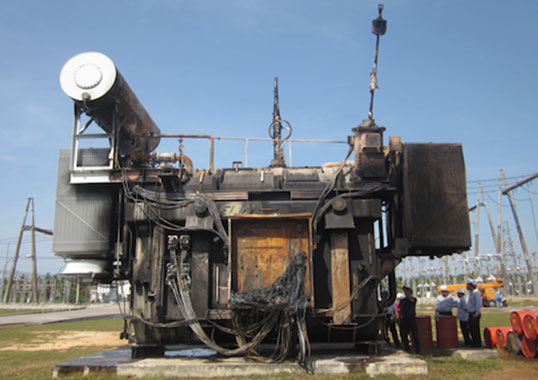 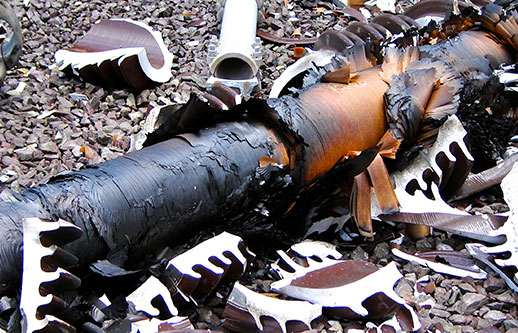