The coastal area of Peru is characterized by high salt pollution, high humidity, and scarce periods of rainfall. Given such a severe environment, finding the most effective anti-pollution insulation is critical to ensure reliability and security of the power system. Initially, during the 1970s and 80s, ceramic insulation was used without any type of coating. However, many failures were recorded due to contamination along with high maintenance costs, which consisted of frequent insulator washing and cleaning.

Starting in the 1990s, existing ceramic insulation was replaced by polymeric type insulators since this housing material was promoted as not requiring any maintenance. In theory, this was an especially attractive feature since it promised considerable savings in operating expenses. Unfortunately, starting in 2004 and after only a few years in service, a total of 17 failures occurred due to breakage of the core of certain polymeric insulators installed in areas of high contamination.

That situation forced a rethink in insulation replacement and maintenance strategy. After analysis of all existing technologies and evaluation of the expected performance of these alternatives in an environment with a high pollution level, it was concluded that RTV silicone coated toughened glass insulators presented the best alternative due to decreased maintenance costs related to past high frequency cleaning. At the same time, this option eliminated the failure mode involving breakage of the core rod in composite insulators, thereby significantly decreasing risk of such failures.

However, starting in their fourth year in service, insulator failures due to contamination were registered on some lines with higher levels of coastal pollution. This generated the need to clean these coated glass insulators using wet wipes. Additionally, particularly on some 500 kV lines, a high frequency of shattering on some glass insulator strings was observed, especially those located in the central string of the ‘V’ configuration and close to the conductors, where electric field is more intense.

Even after annual cleaning of the RTV coated glass insulators, self-shattering continued in these string configurations and it became necessary to replace them annually. Given this experience, it became necessary to rethink this insulation strategy and return once more to using composite insulators to replace coated glass insulators strings that suffered from this failure mode. This change was implemented in January 2020.

Attend the 2022 INMR WORLD CONGRESS in Berlin this October 16-19 to meet and listen to the presentation by Samuel Arturo Asto Soto, an expert with the Power Grid of Peru. Mr. Asto Soto will detail experience with different types of insulators in aggressive service environments and compare relative performance of RTV coated glass and composite insulators. He will also describe the best replacement strategy as well as the most suitable maintenance requirements for transmission lines in severe service areas such as the Central Pacific Coast of South America. 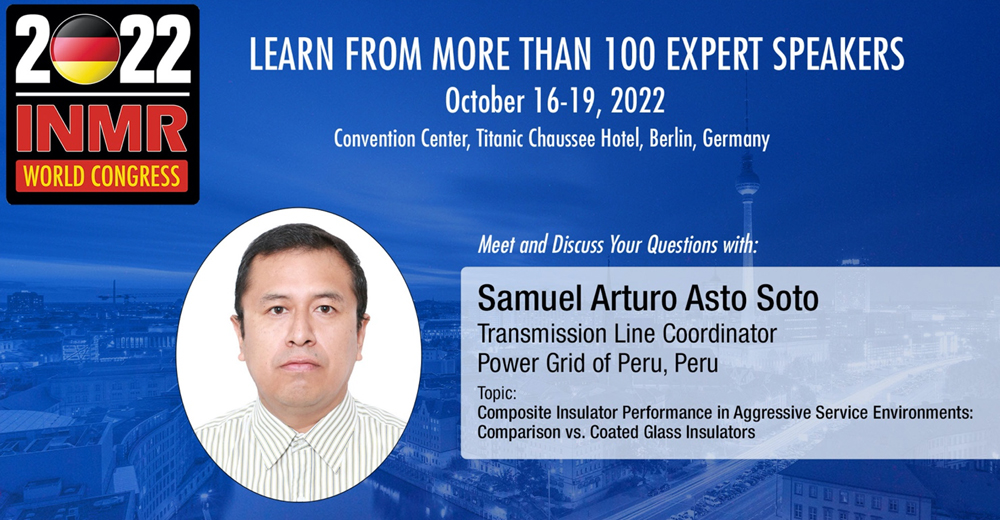 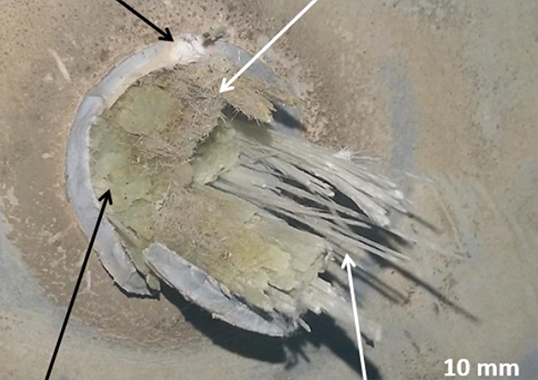 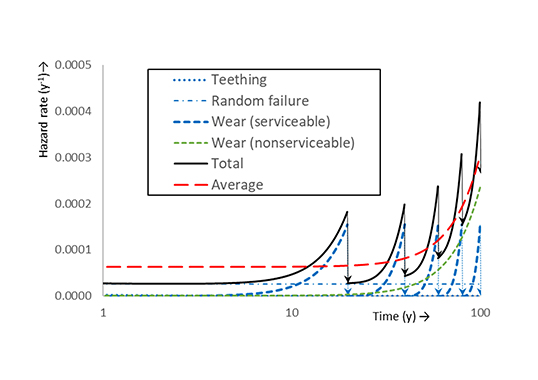