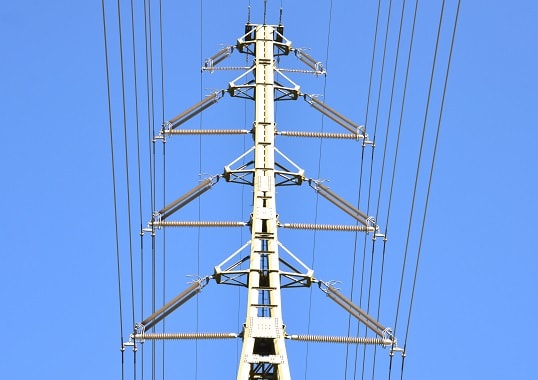 What do you do when right-of-way restrictions make upgrading an existing 125 kV transmission line to 400 kV impossible using traditional design? That was the challenge facing engineers 15 years ago at Energie Ouest Suisse (EOS) – a Swiss power supplier whose name has since been changed to Alpiq.

INMR visited EOS in early 1999 to see how this challenge was overcome by means of a novel compact line design never before used in the network and which also became one of the world’s first such applications at 400 kV. The experience discussed in this article seems that much more relevant these days given that finding corridors for new power lines or expanding existing line corridors to accommodate upgrades now usually involve years of negotiations.

In most places across Europe, the average time required to complete a new overhead transmission line project is now estimated at well over 10 years. The large majority of this long time frame is being devoted to overcoming public objections and obtaining all the necessary approvals. The situation is much the same in Switzerland, where environmental and other restrictions on new or expanded line corridors have been part of the electricity supply landscape for more than two decades.

It was against this background that EOS engineers faced a daunting challenge to successfully complete the upgrade of an old double circuit 125 kV line running between Geneva and Lausanne. The line passed through rural areas with relatively high population density and, given extremely high land costs, it was not economically feasible to enlarge the existing right-of-way (i.e. 9.5 m on either side) to meet the requirements of a conventional 400 kV line, i.e. where some 15 m would typically be needed to each side.

The project aimed to convert the existing line to two 400 kV circuits, while also maintaining a single phase 132 kV railway feeder circuit on the same structures. In order to deal with these constraints, a short section of line had to be designed as a compact 400 kV line. This was accomplished using insulated cross-arms made up of standard composite tension insulators as well as 3 m hollow core composite insulators with 143 mm external diameters.

The rationale for specifying a hollow core insulator for the strut application related to the high compression forces from heavy 40 mm conductors operating where loads under critical wind and icing conditions exceeded the maximum 55 kN for the 76 mm diameter solid core composite insulators supplied 15 years ago (note: FRP rods for these insulators are today available in diameters of 130 mm and more). While porcelain insulators in such a horizontal Vee configuration presented an option, engineers were concerned that these would be too heavy.

Said Michel Ammann, Chief Engineer at EOS at the time, “because of required clearances of 3 m, a porcelain insulator of such length that could handle the required compression loads would be too large to be practical. It also would not solve the dynamic requirements associated with the types of towers we eventually selected.” These towers employ a pivoting crossarm assembly since, had a fixed arrangement been used, an even larger cross-section would have been necessary to take the loads.

According to the Swiss-based supplier of the insulators used on this project, one of the benefits of this design was being able to assemble complete cross-arms on the ground and then lift them into place. This reduced installation time for each to about 10 minutes and therefore only about two-hours were needed to completely install all cross-arms on every tower.

The special towers selected for the short section of compact line were bi-dimensional articulated towers supported at the tops by the ground wire as well as the conductors attached to them through the pivoting cross-arm arrangement. Articulation of the towers was deemed necessary in order to meet Swiss norms for a mobile system. These 56 m structures each weigh about 15 tons and were developed in Italy as the largest version in a family of towers used for 130/150 kV compact line applications. In addition to offering a solution to the low environmental impact requirement of the affected area, the towers also provided benefits by reducing the typical foundation costs for the heavier, self-supporting lattice type structures used elsewhere on the line. The height requirement of the towers was dictated by the need to maintain exactly the same electromagnetic field as existed with the previous 125 kV line.

Ammann reported that each tower was between 20 and 25 percent more costly than the conventional lattice type design, primarily due to the fact that their engineering and testing costs that had to be absorbed by only a handful of these units. However, now that this work has been accomplished, he estimated that using these same structures on a completely new line would be comparable to the cost of a conventional line. “They were certainly not a luxury choice,” he emphasized, “and, without them, alternative solutions would have proven far most costly.”

Looking back on the achievements of this past upgrade project, Ammann drew some general conclusions that apply equally well to the present day. “One of our objectives, given the difficulty in building new lines in Switzerland,” he remarked, “has been to streamline towers and make them more aesthetic. In this regard, composite insulators offer real benefits. For example, by using them, we have been able to lighten the weight of cold-formed steel towers by about 20 percent. Equally important, we reduced the total number of structural members by up to 40 percent. All this means that the towers blend better into the surrounding countryside.”