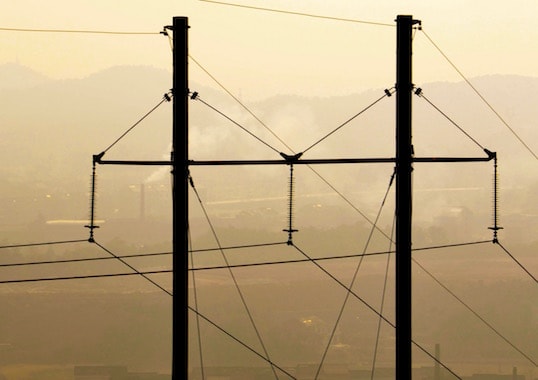 Properly characterizing and measuring the pollution affecting overhead lines and substations is of great importance when specifying insulators to ensure minimal risk of flashover. While there are several relevant parameters to assess pollution severity, the most common are equivalent salt deposit density (ESDD), leakage current and surface conductivity. Each offer advantages but also drawbacks. Measuring ESDD is most popular and allows pollution maps to be correlated with appropriate insulator selection criteria for each different pollution zone. Unlike ESDD, which aims to characterize the amount of pollution deposited on insulators, surface conductivity reflects both pollution deposition and wetting that can impact insulator performance. Leakage current, by contrast, is a pollution severity parameter resulting from the combined effects of pollution, wetting and operating voltage that is easy to monitor on-line.

Widespread use of ESDD as a parameter to characterize pollution severity is due mainly to its simplicity, with no need for expensive measuring equipment. The methodology involves washing pollution deposits from the insulator surface with a specified volume of de-ionized water. Conductivity of the resulting solution is measured and, after correction to a standard temperature, the equivalent effective salt content needed to arrive at this conductivity value can be calculated.

ESDD has long been used as an insulator selection tool by power supply utilities and this parameter is applied across the globe with large amounts of data accumulated. In China, for example, it has also become the primary basis for quantitatively plotting pollution levels across the country and influencing decisions on required insulation levels. Indeed, Chinese utilities also regularly measure ESDD and, if necessary re-plot pollution level in each area based on values obtained. The insulation configuration of affected transmission lines and substation equipment is also adjusted accordingly.

In recent years, many refinements have been made with regard to improving pollution area plotting based on ESDD. For example, it has been proposed that this should be done based on accumulated ESDD values over years (referred to as ‘saturated ESDD’) rather than on only a single value measured each year. Pollution area plotting based on saturated ESDD levels is more practical, given the difficulty of washing every year. It also allows operators to specify greater insulation margins.

Non-Soluble Deposit Density (NSDD) has been found to also impact pollution flashover voltage of an insulator. Moreover, since the effects of NSDD and ESDD are largely independent, pollution area plotting must also take this parameter into consideration. Indeed, pollution mapping always has be comprehensive and ideally based on several factors, including service experience and presence of relevant wetting phenomena. In fact, these last two variables can even be more important factors to consider than ESDD value alone, which should serve mostly as a reference. But since service experience and pollution wetting are both qualitative factors, the role of ESDD has been exaggerated and accorded too much importance, simply due to it being quantifiable and relatively easy to measure.

ESDD as a parameter also suffers from the fact that its value does not necessarily correspond directly to insulator pollution flashover voltage. This is because the composition of soluble salts in natural pollution can be complex. For example, measurements across China have shown that soluble salts present in the pollution in most service areas are dominated by CaSO4, a relatively difficult compound to dissolve. Since volume of water specified in ESDD measurement methodology is high, the CaSO4 dissolves and contributes to conductivity of the solution. However, in reality, insulators in service are under a state of ‘saturated wetting’. The quantity of water on their surfaces is small and generally equals only about one percent of the water used during ESDD measurement. With such a small quantity of water, little CaSO4 is dissolved and most does not contribute to solution conductivity. Therefore, its presence will not directly correlate to pollution flashover voltage.

To overcome such problems linked to the ESDD measurement method, researchers have analyzed the chemical composition of soluble salts found in deposits of natural pollution. They then ‘corrected’ the ESDD value obtained using the traditional methodology based now on the percentages of monovalent and bivalent salts present in the soluble layer. These corrected ESDD values, referred to as ‘effective ESDD’, correlate more closely to pollution flashover voltage. Unfortunately, chemical analysis of ingredients within soluble salts on insulators in service is costly and also time consuming. Moreover, it is virtually impossible to do such an analysis for each ESDD measurement taken. It is for this reason that the concept of effective ESDD has not yet been popularized.

It seems clear that to achieve high correlation of ESDD values with pollution flashover voltages, work remains to be done and engineers charged with specifying insulators for polluted service conditions need to appreciate not only its relative benefits but also its potential weaknesses.