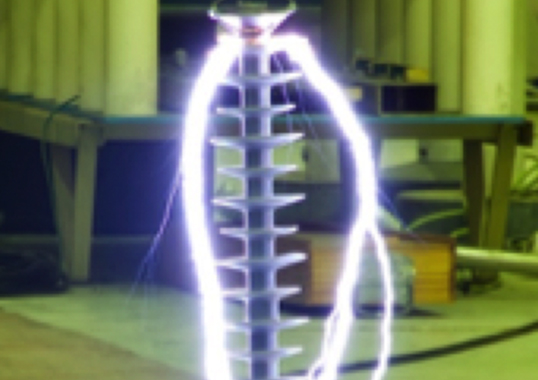 Powerlink is a government owned network service provider that builds, owns and operates the transmission network in Queensland, Australia where large numbers of non-ceramic insulators (NCIs) have been in service at 110, 132, 275 and 330 kV. A considerable proportion of these are third generation units that are approaching their projected end of life.

Transmission Engineer, Glenn Stapleton, and insulation expert consultant, Tony Gillespie, have documented operational experience and key specific problems over this time period. Moreover, field inspection and laboratory testing has been performed on composite insulators removed from the field to monitor degradation over time. This testing was intended to estimate end of life point so that replacements could be prioritized, scheduled and resourced before failure. An important consideration in this process was retaining the option to safely undertake such replacement using live line working methods.

A high voltage AC network interconnects the east coast of Australia, stretching 4500 km from Cairns in North Queensland to Port Augusta, in South Australia. This grid is operated by the National Energy Market Operator. Some 1700 km of this network is in coastal Queensland, owned and operated by Powerlink Queensland, i.e.

Maximum demand in Queensland is just over 10,000 MW with little annual load growth but rather increasing growth in renewable generation. For example, in 2017/2018 there was 1600 MW of renewable generation connected or under construction. Financial penalties can be imposed by the Regulator if power flow is constrained when lines have to be de-energized to change any type of insulator. Such constraints effectively result in raising the market price for electricity. At present, a substantial NCI population is getting towards the end of service life yet changes will become difficult if lines have to be taken out of service. Therefore, it is strategically important to be able to change NCIs live.

In the late 1970s and early 1980s, approximately 1000 composite NCIs were installed in Queensland as small populations on a trial basis. Later, in 1992, approximately 1000 were installed on a single new 275 kV transmission line running through a sensitive rainforest. Disc insulation has suffered pin corrosion as the dominant failure mechanism on some lines close to the marine coastline in north Queensland, with service life less than 15 years in extreme cases. Fitting new discs with zinc sleeves on the pins only extended the life by 20%, i.e. only three to five years in these extreme marine pollution environments subjected to onshore winds. Since NCIs have lower leakage current than porcelain and glass, they were initially seen as a viable alternative in marine contamination environments.

In 1997, it was decided to adopt NCIs as standard insulation for all new lines. Between 1997 and 2002, 22,000 NCIs were installed on new lines. However, by 2002 Powerlink’s insulation selection policy was reviewed once more, particularly in regard to:

2. susceptibility to damage from bird pecking, first considered to only happen when de-energized but later discovered to occur at all times in high-risk areas;

3. diagnosis of condition not well understood.

At this time, standard design build reverted back to glass and ceramic discs, with NCIs only adopted in defined applications. This strategy has continued to apply through to present day. The current application of NCIs for new build or refurbishment includes:

August 17, 2019 Comments Off on When to Remove an Arrester from Service