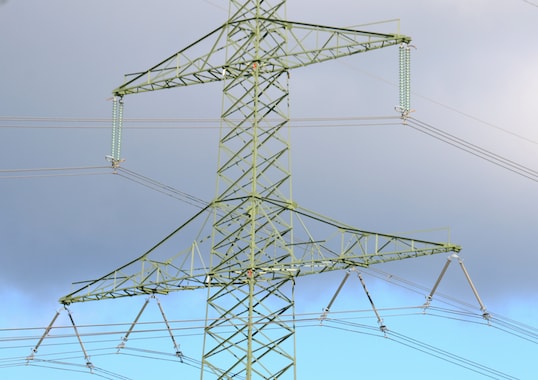 2011 marked the start of what was expected to be a rapidly accelerating growth in the asset base of CEPS, the state-owned operator of the transmission system in the Czech Republic. While investment spending in 2010 amounted to about US$ 165 million, that year the figure nearly doubled and was expected to reach an annual level of as much as US$ 465 million by 2018. In summer 2011, INMR visited two major grid projects that were part of this program – one being a new double circuit 400 kV line and the second a new 400 kV GIS substation.

The Czech Republic has for years been a net exporter of electrical energy. Geographically situated in the middle of Europe, the country has developed important interconnections with neighbors such as Poland, Austria, Germany and the Slovak Republic. These interconnections subsequently needed to be strengthened as a result of incorporation of new domestic power generation sources. Jiri Velek has been Head of Engineering & Design at CEPS and in this regard found himself at the center of major plans to refurbish and expand the Czech power transmission system. Said Velek, “the expanding generation capacity meant that we had to spend on our grid so that it would be in the best position to handle this additional power. Apart from meeting all the technical requirements, this also represented a challenge for us in terms of financing as well as finding the human resources needed.”

Velek went on to explain that among the top priorities in this regard were adding and renewing transmission lines, many of which dated back to the 1960s and 70s while at the same time reinforcing assets to meet the growing needs of both interconnections and local demand. Especially important, he emphasized, were increasing short circuit withstand capabilities at substations, some of which needed to be partially or even entirely re-constructed.

Changing conductors was one of the options to increase power flow along existing lines. But Velek pointed out that re-conductoring older lines might mean having to increase existing tower heights by up to 4 or more meters in order to meet local requirements for permitted electric field and current density. This could mean much higher towers in some line sections and there is often public opposition to this.” As a result, Velek felt that application of high capacity conductors would have to be restricted mostly to spans where there were special technical requirements versus for any whole line. Price, he noted, has also been an issue. Said Velek, “I am not aware of any whole line in Europe that presently has these types of conductors.”

In 2011, the CEPS power grid consisted of nearly 3000 km of 400 kV and about 1370 km of 220 kV lines, incorporating some 14,000 towers and 39 substations. Tower types generally depended on whether they carried a single or double circuit line and included such well-known designs as portal, cat-head and delta as well as the classical Donau (or Danube) shape. The large majority of insulators used in the Czech Republic have historically been porcelain long rods and these still dominate most of the country’s 400 kV and 220 kV networks.

According to Velek, long rod porcelain has proven very reliable over the years, with the possible exception of one design dating back to the 1970s. In that case, problems of separation of the head from the body were the result of bad design and improper cementing of end fittings. Apparently, such insulators, (made with C-110 quartz porcelain bodies instead of the C-120 alumina mass used since 1985) had a sharp edge and the cement did not fill the gap between the porcelain body and end fitting. This caused radial stress cracks to develop over time, which in some cases evolved into full mechanical fracture. These insulators have since been fully replaced by better designs with rounded edges and where cementing is done such that there is no direct contact between porcelain and metal.

Since the mid 1990s there has also been growing application of silicone insulators on overhead lines and particularly on the 110 kV network which, in the case of the Czech Republic, is divided regionally among several private distributors. The motivation for selecting these insulators in most cases has involved the need to shorten string length so as to take advantage of any opportunities to increase ground clearance and thereby reduce electric fields, which are not allowed to exceed 5 kV/meter outside the right-of-way. Velek noted that glass insulators are also being used and indeed personally favored these due to what he saw as their excellent dynamic behavior under loading as well as the comparative ease they offer for inspection. He reported that where there have been problems with glass in the past has mainly been due to poor quality of production, where up to 20 percent of discs self-shattered even before being installed. “But today,” he noted, “quality has improved and the situation is much different.”

Porcelain long rods were the insulators selected for the 28.5 km long 400 kV line built in North Bohemia. This line, which Velek said represents an investment of circa US$ 55 million, started in the summer of 2010 and was commissioned at the end of November, 2011. The line replaced an older 220 kV line that was completely dismantled and, in order to most effectively utilize the existing right of way, most suspension towers were of a design referred to as ‘barrel’ type. Velek also pointed out that, as in most other European countries, the process of applying for and obtaining new right-of-ways for power lines in the Czech Republic is fraught with difficulty and can sometimes take more than a decade. This also represented a potential risk for all new projects, especially since existing contracts with landowners could later be challenged should a property subsequently be sold.

The company responsible for erecting CEP’s 400 kV line in North Bohemia was Elektrotrans, a private turnkey contractor, also based in Prague. Managing Director, Jiri Steinbauer, explained that insulators specified for this construction project were porcelain long rods that in suspension have a 60 mm diameter while in dead-end applications are 85 mm in diameter. In both cases, strings consist of 22 sheds per insulator with the length of each being 1270 mm.

According to Steinbauer and Velek, one of the past problems for transmission lines in the Czech Republic has been corrosion of towers made with a special anti-corrosive brand of steel that does not require additional galvanizing or paint protection. This material sees rapid formation of a thin first layer of rust that in principle should effectively shield the tower from further corrosion. However, problems have developed at bolted connection points where any humidity seeping into the joint caused some bolts to corrode quickly and lose mechanical strength. CEPS developed a special process to repair such damaged connections that required dismantling the affected section, followed by cleaning and painting. Josef Hlavec was Supervisor for one of the crews building the new 400 kV line. He noted that to reduce corrosion, each tower on the line was specified to have a hot-dip galvanizing thickness of 84 microns over which a 60-micron thick layer of yellow paint was then applied. Finally, each tower received an 80-micron thick layer of green paint. Said Hlavac, “we estimate that each year some 8 to 10 microns are lost due to the aggressive atmospheric conditions and this means that each tower should encounter no corrosion problems for at least 20 years.” He also noted that using two different colors of paint allowed maintenance staff to see once the outer paint layer has been depleted since the yellow undercoat then starts to show through.

Typically, it took a crew of 7 workers about three 10-hour days to finish each suspension tower prior to installation of insulators and the start of conductor stringing. This included all concrete work and tower erection and this estimate is doubled to 6 days in the case of tension towers. Once the line was completed, Velek explained that future maintenance would involve annual ‘walking inspection’ supported by helicopter fly-bys every three years to check for signs of corona and excessive heating. Preventive ‘climbing inspections’ would then conducted once every 5 years with more detailed climbing inspections performed every 10 years.

Apart from the 400 kV line which now runs to the Chotejovice substation in Ledvice, the construction of a new 400 kV GIS station was another major new investment by CEPS, with a budgeted cost of some US$ 60 million. In this case, the existing 220/110 kV substation needed to be expanded to handle the new incoming line but land constraints were such that an air-insulated design was not feasible. Said Velek, “generally, we prefer conventional substations due to their easier maintenance requirements but in this case we had to go with GIS.” The project began early in 2010 with delivery of the GIS portion in June 2011 and commissioning by December that year.

While the 400 kV GIS at Chotejovice has two bays, it operated initially with only one power transformer. Still, construction of infrastructure was such that it was fully ready for whenever the decision was made to bring in a second transformer. Testing of bushings and spacers saw a mobile impulse generator brought in verify both the lightning (1425 kV) and switching impulse (1050 KV) withstand of the GIS facility.

Looking at some of the future changes imposed on the Czech Power Grid due to new power generation coming on stream in recent years, Vaclav Sklenicka of EGU HV Laboratory in Prague observed that there was a clear need to increase the capacity of local transmission lines. This, in turn, had an impact on the short circuit performance requirements at substations, which for 400 kV had to increase from the past 50/125 kA (thermal/dynamic) to 63/160 kA. There was also an impact on insulator strings on towers located within 4 km of stations, where short circuit design requirements had to increase from 35 kA to 50 kA. “These demands,” said Sklenicka, “required new hardware on strings such as arcing horns with larger dimensions to ensure that any power arcs did no damage to insulators.”

Sklenicka also remarked that, in order to meet transmission capacities needed in the Czech Republic as well as similar tendencies now evident throughout Europe due to incorporation of large-scale renewables, there would be a number of options. One could be employing conductors with larger cross-sections or new high capacity conductors. A second could be conversion to DC, although he saw this as a relatively expensive solution, except perhaps to separate some portions of the system. Utilizing shift transformers as part of a flexible AC transmission system was yet another option to control power flows. But such measures would only protect a portion of the system while moving the risk of overload to another part of the interconnected network. Eventually, he expected that the best solution would probably be the long-discussed ‘super-grid’ – a transmission super highway – whether AC or DC – with one central control over power flows and to which each of the individual European networks would then be connected. This would enable all countries to handle their interconnection needs while also allowing the growing number of renewable sources of energy to be safely brought in.

January 4, 2020 Comments Off on Arrester Installations on ATC System: What Was Done Right & Further Improvements (Video)