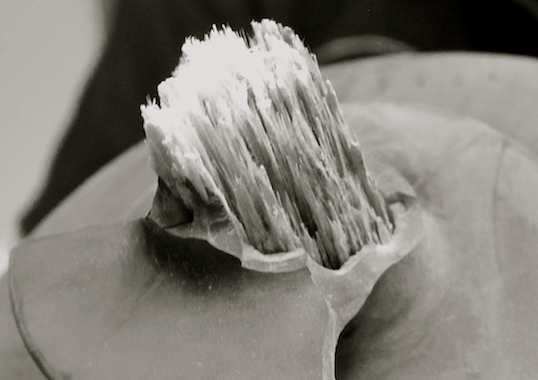 Composite insulators possess certain advantages over ceramic types and their rate of application has grown rapidly. For example, in China it is estimated that composite insulators now account for more than a third of the insulator population on all transmission lines. In the case of new lines, their share of all insulators installed is closer to 50% and when it comes to UHV they are by far the dominant type.

This past INMR article by Prof. GUAN Zhicheng of Tsinghua University, discussed the growing need to monitor their condition given the growing role they play not only in China but on power networks worldwide.

The earliest silicone composite insulators have been in service now for over 40 years while in China their service history is about 30 years. Given their spiraling use and the many years in service, research into methodologies for in-service monitoring of defects or damage has taken on prime importance. There are a number of potential failures modes that represent possible hidden threats to the safe operation of composite insulators, including flashover, ageing and mechanical failure.

Due to the superior hydrophobicity and hydrophobicity transfer property of silicone rubber housings, composite insulators offer excellent pollution performance. This translates into relatively few pollution flashovers, which is one of the principal reasons for their extensive application. On the other hand, flashovers caused by bird excrement present a much bigger problem mainly because large birds release ‘streamers’ near the tops of insulators, i.e. essentially equivalent to a section of the conductor ‘floating in air’, thereby greatly distorting an insulator’s E-field distribution. Moreover, if the bird streamer is close to the edge of the insulator, distortion in E-field is even greater and more likely to cause flashover. Composite insulators are more prone to flashover due to bird streamers than are porcelain or glass strings since they have smaller shed diameters. Indeed, among flashover failures recorded as due to undetermined cause, most are likely to have been triggered by birds.

The second major category of threat to composite insulators – ageing – involves occurrence of surface phenomena such as cracking or crazing under natural weathering. Ageing of silicone rubber is often accompanied by decrease in hydrophobicity and a corresponding reduction in pollution flashover withstand. However, ageing can also be due to other factors such as bird pecking that can damage silicone sheds or sustained strong winds that can tear sheds depending on diameter and design. Mechanical failure, the third main category of possible problem, basically involves core fracture of a composite insulator, causing a dropped conductor.

Basically, in-service monitoring of composite insulators involves inspection to identify the type and extent of damage associated with these possible failure modes. In the case of lightning flashover, a lightning location system is typically available which can assist maintenance staff to locate the affected tower. In China, the policy of power supply utilities is to identify which composite insulator experienced lightning flashover and to replace it so as to eliminate any risk of hidden resulting damage. On-line leakage current monitoring is then usually used to evaluate their pollution flashover withstand. In regard to flashovers caused by bird streamers, pass-by inspection is used to look for nests on towers or the presence of large birds near lines. Similarly, when it comes to ageing and damage to silicone sheds, visual inspection is the main technique – with or without assistance by optical devices.

Failure by fracture of the internal FRP core rod represents the most serious potential failure mode of a composite insulator and is also the most difficult to monitor for. To make the situation even more complex, two uniquely different types of fracture have now been identified. One is the classical brittle fracture, which has been the focus of much research over the years and has been successfully simulated in the laboratory. The other type has occurred several times in China in recent years and results in a fracture section with a much different appearance. For example, a composite insulator with this failure mode was removed from a 500 kV AC line in Guizhou Province. One month prior to fracture, IR measurements had detected a localized temperature increase on this insulator. When voltage was applied to the fractured insulator in the laboratory, discharge was detected at the location having the increased temperature. This demonstrates that this new mode of fracture failure can be detected through pass-by field inspection using a combination of IR thermography and UV camera. Indeed, several countries now employ helicopter inspection with both types of equipment.

May 22, 2020 Comments Off on Selecting Post Insulators for Disconnectors & Other Substation Applications