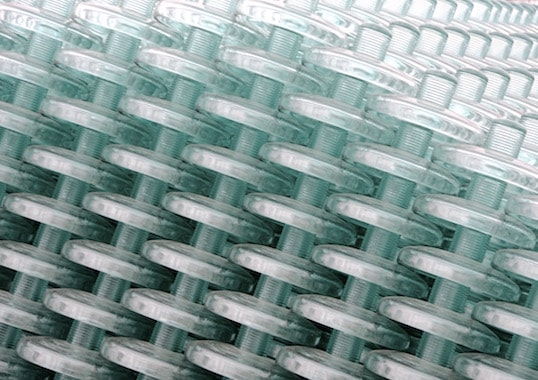 Production of toughened glass insulator discs begins with a highly automated process aimed at guaranteeing a consistent, perfectly homogeneous chemical composition. Raw materials including quartz, sand, soda ash, calcitite, feldspar and dolomite, among others, are stored in computer-controlled silos. All various components undergo chemical analysis and screening to ensure that they are of equal basic consistency. These materials are then combined using a sophisticated batching system that ensures the same precise composition and fed into a furnace using channels equipped with magnets to remove metallic contaminants.
The presence of even tiny amounts of metal, measured in only a few parts per million, can result in more iron oxide in the glass and a resulting greenish tinge. About 1/3 of this mass is cullet, i.e. previously- formed glass discs that shattered after forming or were rejected downstream during inspection, but also includes unused gobs of glass from mold changeovers. The presence of cullet, whose relative proportion varies depending on size and design of the glass shell, contributes to the stability and consistency of the manufacturing process.


One of the critical assets in the production process is the furnace, typically designed to be gas-powered with some electric boosting when necessary. There are normally two heating channels which alternate about every 15 to 20 minutes such that the heated emissions exiting from one channel function to pre-heat the intake air and thereby boost the flame of the other channel. This generates optimized heating. A sophisticated command and control system measures all key production parameters to assure complete homogeneity of the molten mass. This requires continuous stability of the furnace, designed to run for years at temperatures up to 1280°C without need for maintenance shutdown. Every aspect is monitored until a precise quantity of molten glass gob, free of bubbles, inclusions or impurities, is delivered by special feeders directly into pre-heated molds.

These molds, placed on a rotating machine, receive the glass gob and dictate the outer shape and dimensions of the shell. Internal geometry is determined by stamp devices inserted into the molten mass within the mold cavity. Pressing is critical not only because it imparts the final internal shape but also to assure uniform thickness throughout – a factor that will minimize risk of shattering during the toughening process that follows. The temperature of the glass at this stage is just over 1000°C, significantly cooler than when in the furnace. Importance of consistent thickness is evident whenever there is need to change molds to produce an insulator of different design.


Such changeovers may require different volumes of molten glass to be drawn from the furnace for each gob and breakage rate can rise slightly until the adjusted process stabilizes. After molding and spinning, glass shells undergo the critical toughening process. Here, they are exposed to rapid surface cooling using jets of compressed air even as their inside remains extremely hot. As shells move through the machine, their inside cools and shrinks in a process that creates the compressive stresses desired at the surface. To achieve this effect, the glass must be totally clean since presence of even tiny inclusions can lead to shattering. This toughening process is an important determinant of service performance by ensuring no propagation of micro-cracks in the dielectric over time and load-temperature cycling. Compressive pre-stresses on the surface of glass shells also significantly increase their mechanical resistance.
After toughening, the glass shells are transferred through another thermal shock by immersion in cold water, as required in the standards. This entire process of repeated cycles of alternate heating and cooling helps eliminate the large majority of units containing inclusions or other defects since these will usually shatter under the rapid temperature change. Basically, thermal shocking destroys as many defective pieces as possible while they are still in the factory and not yet installed on the line. Finally, there is a close visual inspection of each shell and any defective units are placed onto a conveyor for re-cycling as cullet. Those units that pass inspection are basically complete and ready for assembly of fittings.
Acceptance rates for shells in a glass insulator factory will vary among suppliers but a figure of around 90 percent is generally considered good. Quality control staff at some manufacturers use counters installed on each production line to record and track the rate of every category of defect identified during visual inspection. Production staff will then study this data on a regular basis and discuss whether certain process parameters need to be adjusted, such as angle of burners, furnace temperature or gob feeding.


After storage, glass shells move to the next step, which consists of attachment of the metallic cap and pin to every unit. Hardware is first dipped in pitch to reduce risk of corrosion at key interfaces and also to provide a protective buffer between the glass and metallic surfaces that have different coefficients of expansion with temperature change. The fittings are then transported using an elaborate system of overhead conveyors to stations where production workers attach them to the glass shells using precise amounts of pre-mixed special cement. After assembly, there is curing in a hot water bath, whose temperature depends on the mechanical rating of the insulator. For example, 300 kN discs are cured for about 1½ hours at about 70°C.
The last stage in production consists of testing, most of which is performed on production samples at internal laboratory facilities. One test that is performed on every unit after curing is for tensile mechanical strength, which is done at 50% of SML rating. A well-managed assembly operation aims for such consistency in distribution of average failure load as to meet 3 or even 4 sigma criteria. The mechanical behavior of high quality glass discs is typically so good that even should the dielectric shell shatter, the stub will continue to meet the designated rating. Testing is performed according to relevant industry standards or to satisfy demands from customers whose requirements may be different from or more stringent than those mandated by IEC. One example is RIV testing, usually done at 10 kV, 1MHz with a maximum permissible 34 dB. But some utilities request testing at 30 kV, 1 MHz and 52 dB. Similarly, some customers require insulation resistance measurements or impact testing, almost no longer required today but sometimes demanded at an even higher level than specified in the standards. Another example of a special test requirement is where the glass string is hung at angles up to 30° inside a tunnel and exposed to wind speeds of 20 m/s. If any noise is emitted, the string does not pass. 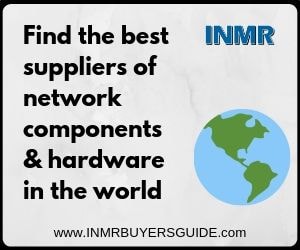