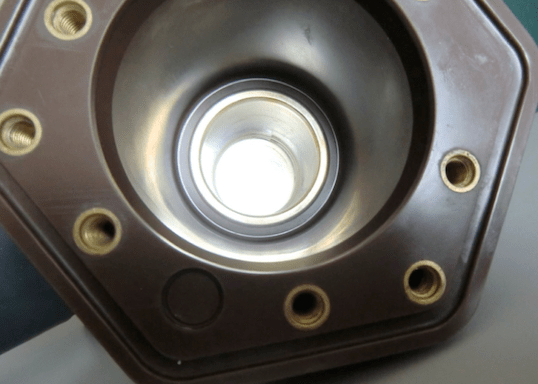 Since the introduction of different cable connector systems, the sub-classification of what are commonly referred to as ‘cable accessories’ into joints and terminations no longer seems appropriate. More and more, medium and high voltage cables are being connected to SF6 or solid-insulated switchgear as well as to oil or solid-insulated transformers. In these cases, plug-in connectors are now commonly being used. According to the typical make-up of a bushing, it is important to distinguish between an inner cone type system, where the cone is inside the bushing as in Fig. 1, and an outer cone system, where it is outside the bushing as per Fig. 2. These are the two internationally accepted and standardized plug-in systems available on the market and both have advantages for different applications.

In the case of the outer cone system, there are different silicone products available, usually in combination with a metallic enclosure, and utilized widely in certain regions such as Europe. However, on an international basis, EPDM products dominate the market for the outer cone type separable connectors widely used in medium voltage ring main units for current ratings from 200 A to 1250 A, and recently even up to 2500 A (with cone size F).

The reasons for using EPDM as well as the outer cone system are based not only on price of the material but also on the following requirements: a separable connector should be fully screened and touchable, providing complete safety for personnel. This can be achieved in an easier, more reliable and more cost-efficient way using an outer semi-conductive layer made of EPDM than one made of silicone. Another advantage of the outer cone system is the possibility to attach two or three connectors to one bushing, as illustrated in Fig. 2. Moreover, there is also greater flexibility with such an installation since an additional cable with connector could be added later. Stress control at the cable end can be geometric or refractive.

Due to technical constraints linked to the interfacial behaviour of EPDM, however, the outer cone system is presently limited to medium voltage applications.

By contrast, an inner cone system is used in primary medium voltage substations and also in all high voltage applications, this time with only silicone as the insulating material and only geometric field control. Fig. 1 depicts the structure of an inner cone system, including the bushing and contact system, the separable connector and a cross-section of the insulating body with stress control cone. The lamellar contact system can handle currents of 2500 A and higher.

This same type of design of plug-in connector can also be used as the basic element for high voltage outdoor terminations and also as the main part of three-piece HV joints. More importantly, it promises to be one of the main components of standardized cable accessories in the future, especially across the high voltage range.