A few years ago, CIGRE WG C4.303 published Brochure 555, “Artificial pollution test for polymer insulators: results of a round robin test”, reporting on comparative pollution tests conducted at seven laboratories on two silicone line insulator samples. The same basic test procedure was utilized as for ceramic insulators, the main difference being that the surfaces of the polymeric insulators were first ‘pre-conditioned’ by dry kaolin before applying the standard slurry (i.e. water containing the required quantity of salt to reach a salt deposit density SDD of 0.3 mg/cm2 as well as 40 g/l of kaolin, leading to an NSDD value of 0.1 mg/cm2).

The round robin pollution tests at these different laboratories across the globe demonstrated fairly good reproducibility and repeatability, especially if you consider the spreads typically seen in such data. In this case, flashover voltages varied from 126 kV to 142 kV in tests made just after contamination (with no recovery period) and from 125 kV to 155 kV (allowing 65 hours for recovery).

As a result of the pre-conditioning, surface hydrophobicity was of course quite poor just after application of the slurry. Wettability class of the polymeric insulators was about 7, which, according to IEC 62073, is typical of ceramic insulators (a WC of 1 is normal for most new, uncontaminated silicone-housed insulators). Moreover, this WC barely changed even 65 hours after contamination, meaning negligible hydrophobicity recovery. Furthermore, the WC was essentially the same both before and after the pollution tests, which saw wetting by fog and discharges along the insulators. There may have been a limited recovery inside the pollution layer that, while not enough to influence outside WC, still resulted in a slight improvement of insulation strength after 65 hours (in this case, an average 11% increase).

Similar tests have been conducted in China, however with a much higher quantity of inert materials in the slurry, leading to NSDD values some 5 to 10 times higher than for SDD. The resulting much denser slurry completely masks the insulator surface, thereby again resulting in a WC of close to 7. Hydrophobicity recovery in this case is even more difficult than in the testing scheme proposed within CIGRE.

Here is the problem:

The measured WC value of 7 from such testing is very different from what is typically found on polymeric insulators in service. Based on this, it seems evident that the representativeness of the proposed CIGRE – and also Chinese – procedures may be problematic. Corresponding results in my view have to be considered as highly conservative. The test procedure completely masks the inherent hydrophobic characteristics of polymeric insulators and renders their performance close to that of ceramic insulators with the same geometry.

The main difference between such testing and real field experience lies in the fact that steady state contamination in service is reached only after a relatively long period. For example, tests made in the desert have indicated that about 3 years are needed for contamination to reach its steady state value. This gives the silicone material plenty of time to interact with the contamination layer, step-by-step, and this facilitates hydrophobicity recovery. By contrast, in the CIGRE tests, the full so-called ‘steady state’ slurry is applied in a single discrete step.

A simplified scheme to represent the expected performance of a polymeric insulator under pollution is reported in this chart. It depicts expected unified specific creepage distance (USCD) as a function of SDD for both extreme WC conditions (1 and 7), also making reference to DC applications. For WC=1, the insulator surface is fully hydrophobic and a typical pollution flashover cannot occur. Rather, flashover occurs in air and is basically independent of pollution severity, being equal to or higher than the value that can be evaluated based on USCD, (i.e. the red line). In the case of WC=7, which is a performance close to that of ceramic insulators of the same geometry (given an average insulator diameter 250 mm), the blue line shows what can be expected.

• While from the pollution standpoint ceramic insulators are defined only by their geometry, the performance of a polymeric insulator also depends on hydrophobicity and its capacity to recover this property (to some extent expressed by instantaneous WC);

• The pollution performance of composite insulators can vary over a wide range depending on WC (as shown in the chart) especially at higher pollution severities.

• Pollution tests such as those once proposed within CIGRE and which have the WC of test specimens close to 7, are excessively conservative and do not represent typical service conditions. While perhaps they can be useful for comparison purposes (e.g. to rank efficiencies of different profiles), they cannot directly be applied to design verifications. They nullify the basic advantage of polymeric insulators, taken as a design base – something that is essential for ongoing developments in HVDC and UHVDC.

• To be truly representative, pollution tests should rather try to simulate typical WC values in service or at least to evaluate, by interpolation, expected performance under different WCs. 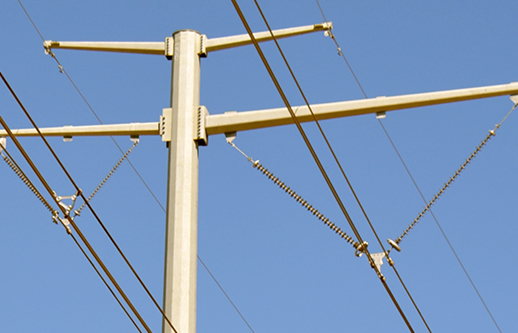 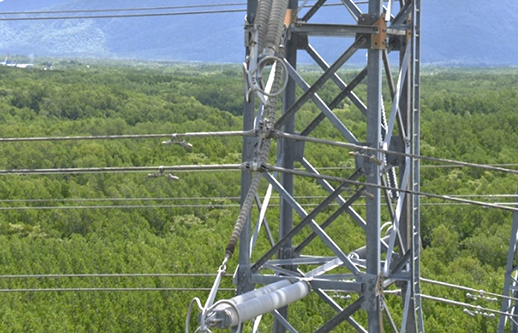 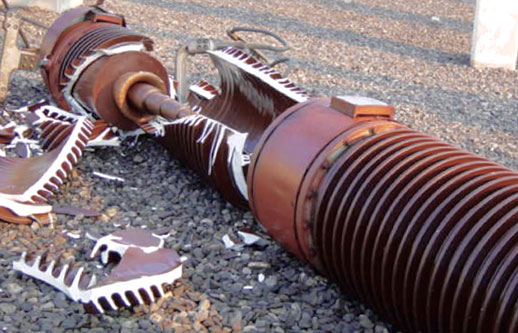 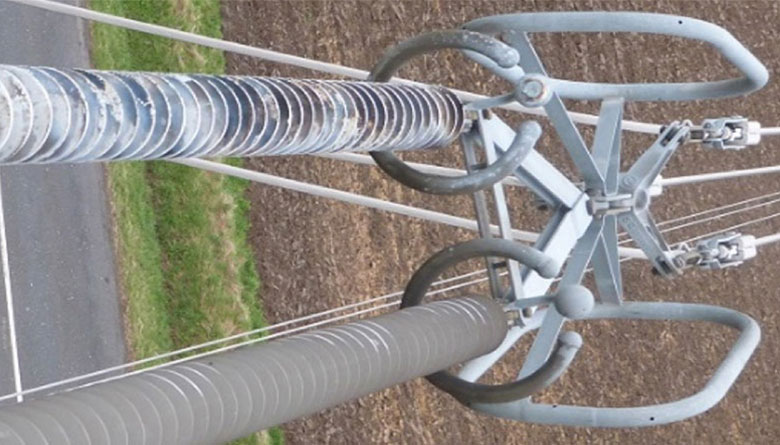